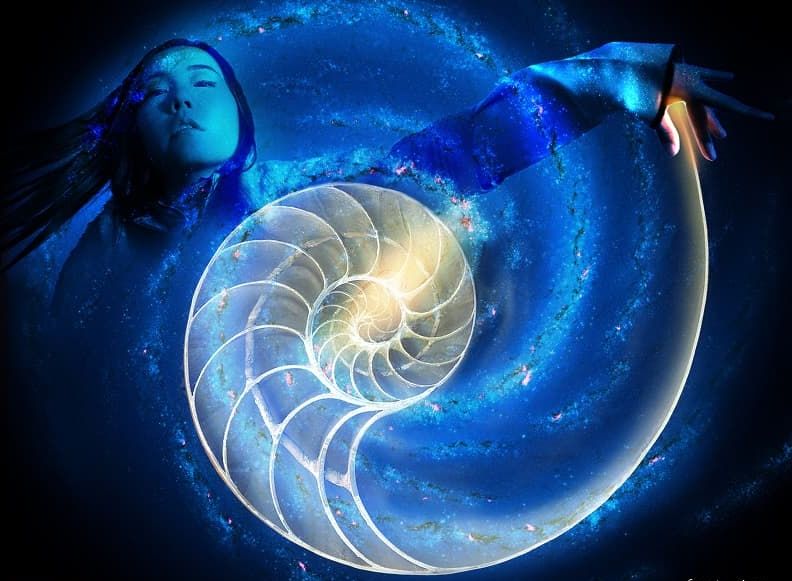 Often it seems that with spiritual music the artist goes either one hundred percent electronic or one hundred percent analog, forgetting that these types of sounds can work together. More and more producers and artists are working to merge the two musical worlds, like Bjork, companies like Nu Meditation Music on YouTube that use binaural beats and solfege tones for their meditation music or our meditative friends D&B from across the pond, Breathe & Bass Music, but a lot of that still starts in electronica and brings in instrumental samples, performers, and all, later. Israeli-born, now LA-based award-winning composer and producer Yuval Ron seems to be doing the opposite with his work.

with his last sacred spiral album, produced with Dr. Richard Gold of Metta Mindfulness Records, Yuval Ron first composed for the host of ensemble musicians, as one might score a symphonic piece, and created the vocal melodies for acclaimed vocalist Úyanga Bold . Bold, whose idea was to structure it around the seven chakras, or energy centers of the body. A famous performer in his own right, Bold’s incredible voice has been featured in big movies like live action Mulane and Waiting for the Barbarians with Johnny Depp and Robert Pattinson as well as hit video games like the recently released Avatar: Pandora’s Frontiers and the much appreciated Ghost of Tsushima – Legends.

In fact, all the artists featured on sacred spiral are incredibly accomplished, executing Yuval Ron’s score and Úyanga Bold’s concept with precision and beautiful emotion. The best summary of the project comes from Úyanga Bold herself:

This music is really beautiful and soothing. A breathtaking multicolored and multidimensional journey through the sublime… May many souls benefit. The title Sacred Spiral is powerfully compelling, evoking mystery, intelligent design and the harmony of creation.

So where is the electronic bit? In fact, to the ear trained in EDM or sound design, it should be pretty clear when listening to Sacred spiral. A drone baseline hooks the listener, connects voice to score to sound design to heart to energy to meditative space. It’s become an important element in a lot of meditative music, this connection in sound design, and Yuval Ron’s idea of ​​making it the basis but also the background of a larger than life composed meditative score. seems to create even more connection in the listener.

Since his songwriting and sound design are so new on both sides of the analog/digital divide, we asked Yuval Ron a few questions about how he put it all together and his thoughts on the end result. Even if you are not interested in meditation, you will also find excellent technical advice here. Listen and read to discover the Bagred spiral of the creation of Yuval Ron.

What was the biggest source of inspiration for you to create this album?

It was the idea of ​​asking singer Úyanga Bold to invoke chakra healing elements and
emotions that go with it.

Why did you want to bring the electronic drone elements into this album? Did the drone helps you connect or resonate with you in a certain way that helped you create the vocal melodies?

The drone is an effective item that takes people out of the constant buzz of their lives. This
cultivates inner peace and stability, and has a hint of unity energy. I like to create my drone in a
path that comes and goes in itself, so it’s not a mechanical one-dimensional tone. In this way the
the listener can feel the flow of the drone and it helps them get into a meditative state of mind.

The drone line that is present throughout the album seems to be fixed at a certain frequency. Was it a
conscious decision?

Yeah, and I’m really glad you noticed that. Each track, including the drone, is tuned to a different frequency
based on the tonal frequency of the seven chakras. Indeed, each of these frequencies corresponds to a
chakra and releases a specific healing quality that promotes the flow of the chakra system

Were the vocals also made with these frequencies in mind?

I wrote Úyanga’s vocal lines, then she added her own take on the singing style, depth and colors of each track. Some tracks on the album are influenced by the Middle East, while others are more influenced by East Asian sounds. She adapted her voice to the style of each track, making for a more nuanced performance.

How did the post-production and sound design work here with all the different musicians and movements rooms? What were the musicians you had already produced had to work with and what elements did you add in post?

All drones and instrumental music were pre-recorded with the master musicians. So when Úyanga entered the studio to record, the tracks had already been fully recorded and produced. She came to layer her vocals on top of the finished tracks. As for the instruments, the musicians played the composed musical notes, with the exception of the gongs, which were improvised.

To that end of all moving parts, what was it like putting the album together and providing continuity? Flow
is clearly very important for this album.

A lot of listening decisions were made while sitting in my studio and listening to the music flow. It wasn’t pre-planned because it’s not organic enough especially for this kind of music. I spent a lot of time meditating on the music, listening to the music, and experimenting with different section orders to feel which is the most effective. When I listen, I pay attention to the musical flow in the piece, not just the order of the chakras.

How do you think the electronics have helped contribute to the personal/spiritual journey you have
You wanted listeners to continue with you on this album?

The electronic elements are there to create a background, or rather, a solid base. This allows live musicians to really shine and give the music their interesting flavors. I make sure the electronics are there for the mood and atmosphere, while putting in different composition tones and colors for
create textual interest. It helps listeners transcend reality into a meditative state of consciousness. Some of the electronic elements support this spiritual journey, but in my opinion the live musicians are the ones that transport listeners to another realm.

Many people in the spiritual community (especially in the US) may think that electronica doesn’t belong in spiritual music, because it’s not “organic”. Artists like Bjork disagree. Having now made this album with the drone and other electronic sound designs, how do you think these two can fit together? What are the benefits?

About 95% of my music contains live acoustic elements, and they are always very present. So for me it’s more about layering electronica and organic. I want electronica to be in the background as a grounding element that listeners can anchor themselves to, and when organic music comes in, it encourages listeners to breathe with the musicians. In conclusion, electronica in my music is not as present as live instruments because they just don’t breathe like live musicians do. The reason I use electronics in this “anchor” is that it acts as a complementary and supporting element, while adding depth to the music. You can also hear pulses going in and out of the tracks, which are also electronic, but buried in sound.

What’s next for each of you? Releases, performances, more livestreams or partnerships?

I’m focused on releasing a special children’s meditation album, which includes music and guided meditation written by Montessori educator Sophie Timers. It’s a really fun album, and we’re going to release it in several languages: English, Mandarin, Spanish, French and Hebrew. In June, I will be teaching at a sacred music retreat in Minnesota at St. John’s University. There will be live Oud music, chanting meditations, storytelling and poetry.

sacred spiral is available now on Metta Mindfulness Records and can be streamed or purchased on multiple platforms by clicking here.