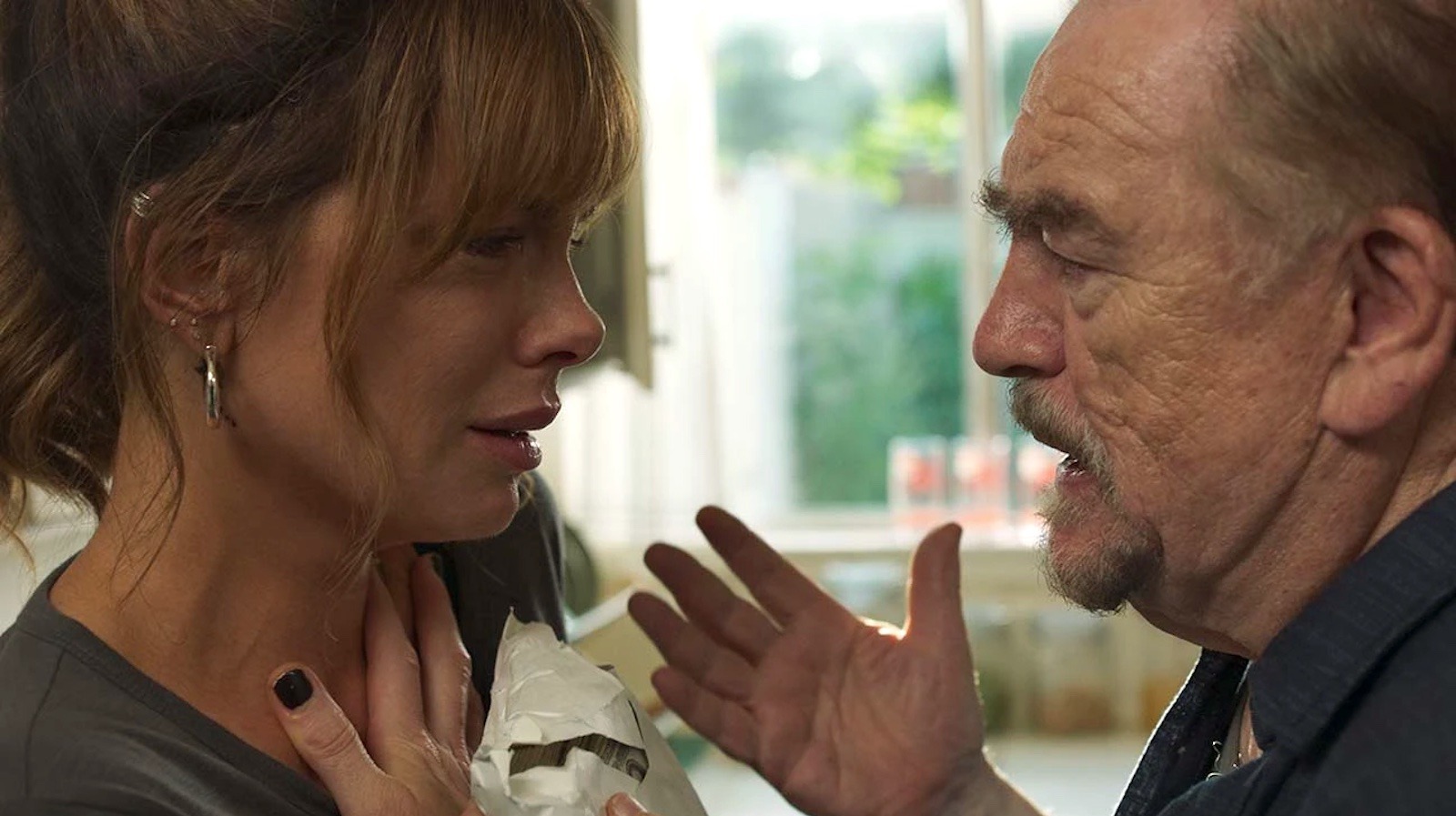 On Kate Beckinsale’s note, her performance is probably my favorite from TIFF so far. She is so alive and so responsive. Especially in his eyes, I swear there was a film of glassy tears on his eyes for most of the movie. Did she come on set with that energy? Did you do exercises together? How did you get this performance from her?

Well, I give him all the credit. But she says it was the house in a weird way, the house we chose, the circumstances we were in, the fact that it was 115 degrees some days… We were almost like living these characters d a strange way. Everything she wore was like a $10 t-shirt, just the right income level for that character. I think all the details helped make it feel like you were there. But Kate was amazing. She was prepared every day, very focused. She made this beautiful film before ours in which she had a small role called “Farming”. I saw her in it and I was like, ‘Oh my God, she’s amazing. She can do so much more than action movies.’

You can’t take your eyes off her, she’s so manic, ready to react at any moment, which makes so much sense for the character because she has to balance so much.

Yes. And look at the ex-husband, this unstable guy who shows up at work and causes a scene, and then her kid has epilepsy, so all the time she has to think, “Is he starting to have a crisis? Oh, I don’t have enough money. The second job is starting, I can’t mess it up,” and so on.

This film is a human drama, it is centered on relationships, on family and love, there is no concept or flashy commentary, the main character is a woman. Maybe that’s just my perception, but I feel like, at least in the studio space, these types of films are disappearing. You go back to the 90s, early 2000s, and that was all the other movies. It was Meg Ryan and Julia Roberts and Nicole Kidman, those expensive films with textured scripts that did well at the box office. And now they seem to be fewer and fewer – do you see that on your side of the industry?

Absolutely. I was just talking about it with some people. Studio movies really just became franchises, tent stuff, big intellectual property. It’s not going to come from a big IP, that kind of personal family drama, intimate family drama, where you feel like you’re in the house with the characters, which was my intention on “Thirteen.” You feel like you’re right there with these people, living with them. So how are these types of films going to be made in the future? Independent financing. Awesome things like the Toronto Film Festival showcasing them. The most important thing is that we have to keep trying to make these movies. Kate said that even last night she was trying to balance a big, fun action movie with something personal, like this.

Do you find it more difficult to make these films? To interest producers and financiers?

Well, for example, after making “Thirteen”, I kind of wanted to continue making films like that. I found it very difficult. I have always found it very difficult to make this kind of film. I had several other projects that I just couldn’t do. On this one, I think when Kate and Brian came in, we were able to cut the budget, which wasn’t a big budget. Kate sleeps under my own bedspread, for example, in the movie. I didn’t even tell them that. There are paintings from my house hanging on the wall.

It’s pretty stripped down, but it makes…it’s like “Thirteen.” It really brings it from your heart. So we have to make films for less money, that’s really the solution. If you can do it for minimal money, maybe you can get it back.

So you’ve seen the budgets for these kinds of films shrink over time.

And that’s counter-intuitive, because you’re Catherine Hardwicke! You’re established, you’re way over budget on a ton of your movies, people are seeing them. One would think that it would be the opposite, that it would become easier and easier.

It is the same even with the stars. Another big star came to me with a passion project recently and we couldn’t get the money because it was more of a character piece. People are just… they want superheroes, they want all that crazy stuff. I like that too, but you have to be able to make personal films.