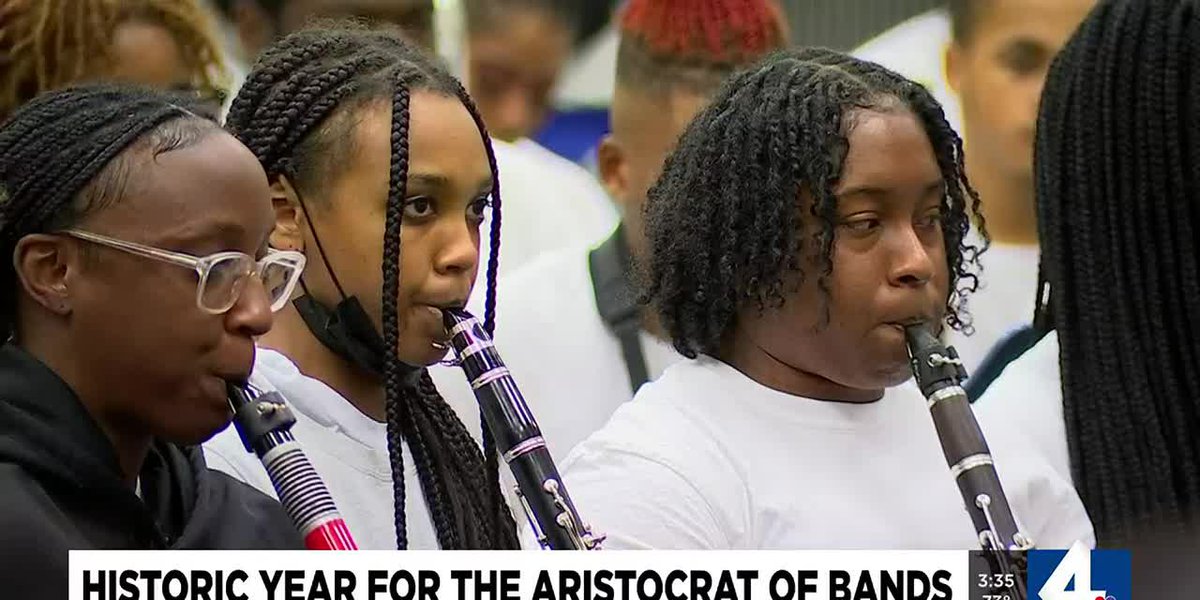 Larry Jenkins is a professor and assistant director of groups at the university. He is also a former member of the group.

Jenkins said the idea for an album was formed while having dinner with Grammy-nominated contemporary artist Sir The Baptist.

“We were writing it on a napkin, and he just wrote the whole plan,” Jenkins said. “This album is like pulling the excitement out of the whole community because it’s so pivotal and monumental. It’s something new, that’s never been done before.

Sir The Baptist is a co-producer on the album and said the album was so important to students.

“I was listening to the album yesterday and I was like, this is really amazing!” he said. “I can’t believe we’re so far away. And we did. We are really helping to change the lives of some children.

The band held months of nightly practices almost every day and several studio visits to record. Curtis Olawumi has been playing the trumpet for a decade and said people don’t realize how much is going on in the process.

“People don’t understand,” Olawumi said. “They don’t really see the work we put in to create such a great project. It is a beautiful thing when you share the gift He has given you. And impact people, motivate people, influence people and inspire people.

The band’s manager, Dr. Reginald McDonald, has worked with the band since 2001. In his 22 years leading the band, he said the creation of an album was another accolade for them.

“The process has been just great to see us go from nothing to something. We’ve even sort of adopted the motto lately: a bunch of firsts. When we applied and auditioned for the Tournament of Roses Parade, that was one of the things we listed,” McDonald said. “We have the chance to do a lot of revolutionary things within the university groups.”

If the group were to be nominated or win a Grammy, they would be the first HBCU group to do so.