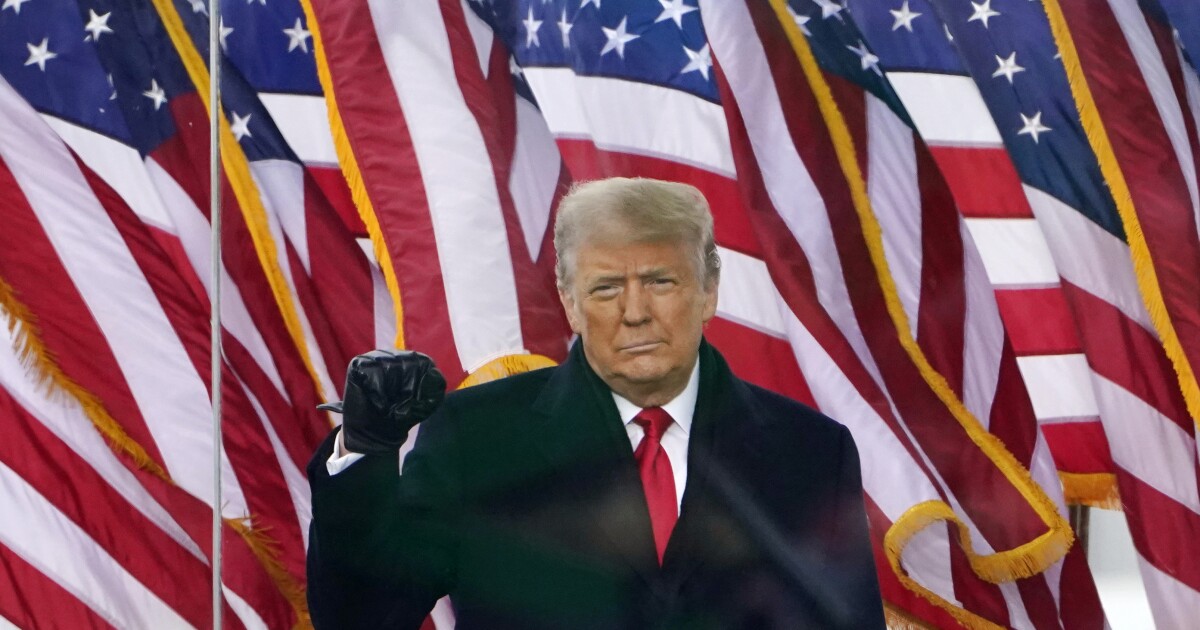 Trump announces table book: “Every legend is mine”

Donald Trump’s book boom continues, with many volumes this fall documenting the former president’s refusal to concede the last election. But now Trump himself has entered the fray, announcing his first post-presidential book.

The developer turned reality animator turned 45th leader of the free world announced the arrival of “Our Journey Together”, a collection of photos, in a statement released Friday.

â€œToday I am delighted to announce that I will be releasing a wonderful book in time for Christmas! Trump said in the statement. â€œOur Journey Together is a collection of beautiful photos captured during our very successful stay at the White House. From the center of the stage to the backstage, this is a must-have for all Patriots. “

The former president promised “unforgettable” moments, including “the construction of the southern border wall; reduce US taxes; confirm nearly 300 federal judges and 3 Supreme Court judges; rebuild our army; creation of the Space Force; dealing with Kim Jong-Un, President Xi, President Putin and many other world leaders; and fighting the Liberals in two impeachment witch hunts, to name a few.

A photo book is a departure from recent post-presidential literary efforts. President Obama’s first book after leaving office in 2017 was the 2020 memoir â€œA Promised Landâ€. In 2010, President Bush published his â€œDecision Pointsâ€ memoir. President Clinton, who left the White House in 2001, published the autobiography “My Life” in 2004.

They were all long and substantial, although both Democrats (Clinton, 786 pages; Obama, 1,008 pages) were decisively ahead of Bush (486 pages). The page count on “Our Journey Together” was not available, but Trump promised that “[e]each photograph was selected by me and each caption is mine, some in my own handwriting.

The Washington Examiner, the first outlet to report on the book, reproduced some of its photos and captions, which means a difference in tone and substance to the books of its predecessors.

â€œTrying to listen to Crazy Nancy Pelosi in the Oval Office – such a natural disagreement,â€ the line extends under a photo of Speaker of the House, Vice President Mike Pence and Trump. Another, referring to the murder of Abu Bakr Al-Baghdadi, said: â€œWe destroyed ISIS under my watch. Now the terrorists are back in the Middle East.

None of these captions appear to be handwritten.