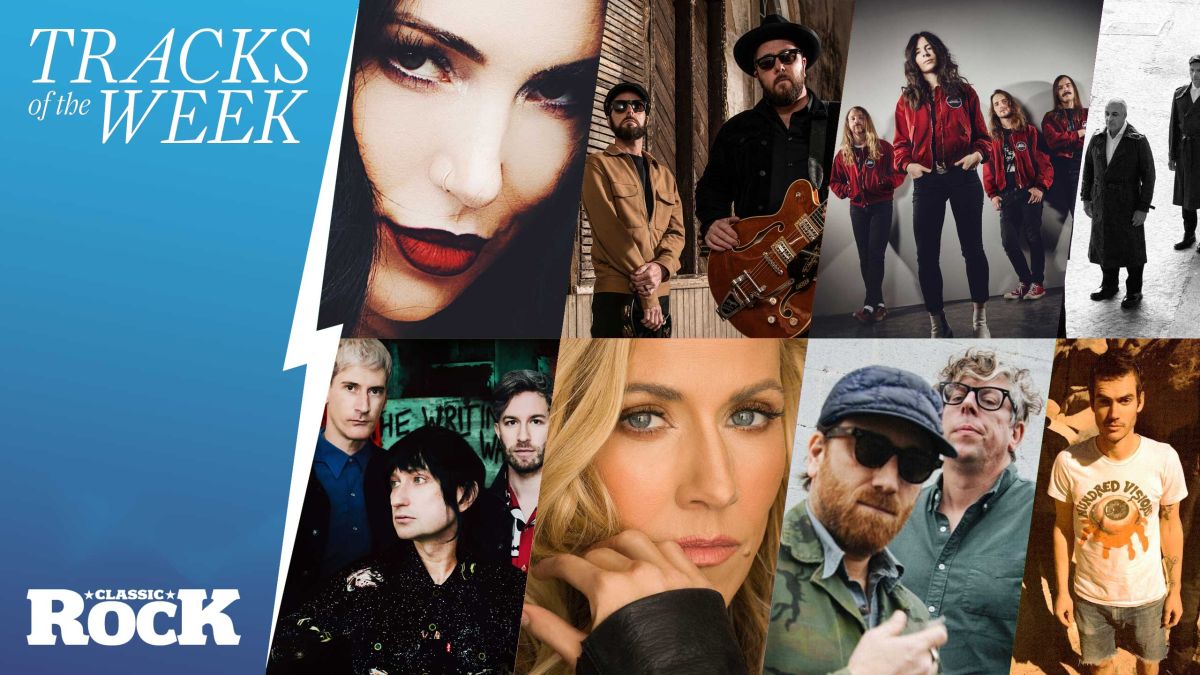 Tracks of the Week: New Music from Dorothy, The Cold Stares and More

We have some great new music this week, but that was also true last week and the week before. Almost certainly.

And we’re thrilled to announce that Cats In Space are the new champions of rock ‘n’ roll, with their Broadway-musical-meets-melodic-rock experience. poke the witch in the lead in last week’s vote. Good job guys ! Let’s watch this video again, shall we?

Who will win this week? Well, we don’t know, and that’s why we do it. So don’t forget to vote at the bottom of the page.

Probably our favorite song on the new album, Gifts of the Holy Spirit (released now), single A beautiful life is a powerful and ferociously catchy rock anthem that will have you wanting to experience everything they have been up to. Born in Hungary but based in Los Angeles, vocalist/mastermind Dorothy Martin has the kind of voice that blends easily with big old hard rock and metallic riffs, without feeling strained or forced. Lzzy Hale fans will love it, but there’s a healthy mix of Hollywood and ’80s grunge flavors that stretch out to all rock listeners.

Filthy blues rock, served searingly – and, in keeping with the tone of last year’s Heavy Shoes record, laced with gonzoidal, southern gothic depth (it’s easy to see the influence of Son House and other Delta greats on leader/lead songwriter Chris Tapp). Released last year via video game starring Keanu Reeves Cyberpunk 2077The Indiana trio’s searing story of “a woman who is like a force of nature” gets a fitting release, ahead of their UK summer tour, which runs June 21-July 1.

From America to Sweden now, for these Gothenburg rockers’ urgent fusion of garage fury and Detroit cool of the 60s. kinda to something Dr. Feelgood might have written with The Hives — after days of listening to The Stooges and musing about the people they fancy. “Feel ’bout this it’s when you find someone who has the same pace and desire in life as you do,” the group explains, “both in spirit and in bed.”

There are big riffs on Rammstein’s new album, Weather. Anguish has one of the greatest, and for that it is worth standing out. Capitalizing on the bullets, bravado and budget that comes with years of marching (with great success) to your own crazy-but-brilliant drum, it comes with the latest addition to Rammstein’s video universe. Expect spooky cheerleaders, Max Max-esque headgear, the band mowing lawns in knitted tank tops… All sorts of cleverly dark stuff. It’s a lot to take in. But when all is said and done, Rammstein’s best songs are, to put it simply, the ones that rock hard – and Anguish does exactly that.

LostAlone – The Last Drop of Eternity

Sounding like the sweet love child of Queen and My Chemical Romance, Derby trio LostAlone are back with their first single as a group in eight years – having called it a day in 2014. guitarist Steven Battelle, who has been a prolific writer and solo artist since the split. “I hadn’t realized until recently that a part of me had been sleeping for the past few years, but now – without prejudging the future – I feel like I’ve got that part of me back for good. “.

If you need a ballad today (or if TOTW finds you in a low place and lacking catharsis), this one’s for you. From the soundtrack of the new documentary feature Sheryl, new song For all time is a pensive, sun-dappled blend of country and Americana, set to a dizzying melody that rhythms and changes beautifully. Soothing stuff for the soul. When Sheryl’s good, she’s really good – and that’s really good.

The black keys – It’s not over

It’s good from the start, with the short, somewhat supernatural intro reminiscent of the sound of one of Dan Auerbach’s other projects, garage rockers The Arcs, or even Ethiopian jazz Mulatu Astatke. There’s also a bit in the chorus that sounds like Strong test-era Jeff Lynne at his best desire. Confused? Don’t be, for It is not finished come together to form one of the scariest tracks you’ll hear this summer. Incredibly well crafted, it’s a moving lesson in understatement, and we imagine it takes a lot of work to make it sound effortless.

All Them Witches continues their monthly Baker’s Dozen project with a cover of slow city, originally by Finnish experimenters Pharaoh Overlord. It begins with a single guitar that sounds like one of David Gilmour’s echoing intros, and gradually builds into a long, hypnotic, looping krautock track of the kind conjured up by avant-garde legends Nurse With Wound during their Simple helmet spirit collaboration with Stereolab. Add some Hawkwind and you’re there. Space is literally the place.