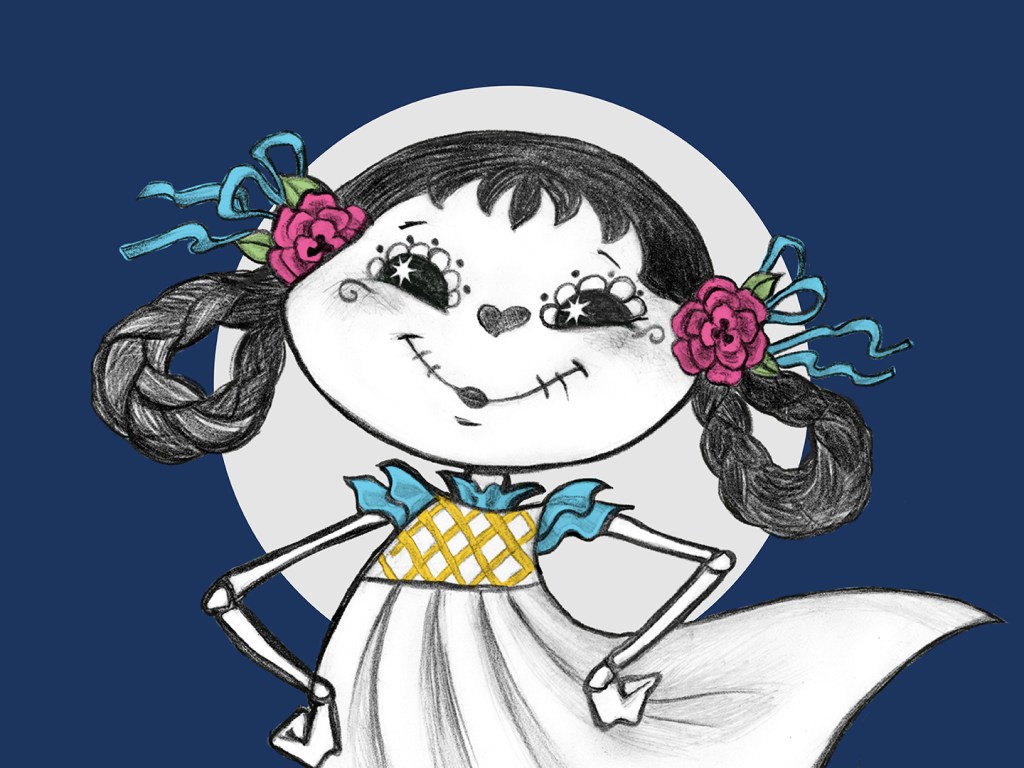 Nightmares have finally met a fearsome match. Her name is Skeletina and her mission is to help children enjoy their wildest and scariest dreams. Created by author and illustrator Susie Jaramillo, co-founder of Encantos, an entertainment technology company, Skeletina is synonymous with fearlessness, courage and empathy. Bonus points for bilingual families: her story is available in English and Spanish!

Mo Willems has a brand new (and adorable!) book: “The Pigeon Will Ride the Roller Coaster”

Readers can follow Skeletina’s adventures in the new picture book Skeletina and the Intermediate Worldas she, along with some of her undead friends, teaches children to face their greatest fears. She knows chatted with Jaramillo about the art of overcoming nightmares, writing beloved bilingual stories, and the best ways to empower children to speak Spanish.

SheKnows: How did the idea for Skeletina come about?

Susie Jaramillo: I was raised very Catholic. I’ve had really bad nightmares because there’s all this guilt about heaven and hell. I would go to my mom and my mom would just say, “Did you do something wrong? Do you have something to reproach yourself for? Alright, so go back to bed.

One day I decided that I was going to give in. I had a lot of flood dreams, and I thought, I’m just going to drown myself and see what happens. And then I realized that I could still breathe! I could breathe underwater. I [thought]”Oh my god, it just changed everything, this concept of surrendering to the forces in your dreams.”

My daughter went through the same things as me, she struggled with her nightmares. That’s when it occurred to me, “I wish there was a friend in her dreams who could help her so she wouldn’t have to be afraid of all those things. crazy.”

Can you walk me through the visual design elements of Skeletina?

SJ: I’ve always been charmed by Pippi Longstocking and Raggedy Ann, and I’ve always been a fan of Tim Burton. I have never seen a Latin culture in this world until coconut… and coconut didn’t really have strong female characters. I wanted this independent female lead who had a rag doll quality and was genuinely irreverent, outspoken, funny, and broke all the rules unintentionally.

It’s a delicate subject, nightmares. I think this type of story helps children see that, [they’re not alone}. Shining a light on the fears and turning the fears into a monster that can be diffused is the magic.

You’ve described bilingual children’s books as a bit “cumbersome” in the past, and I’m curious how Encantos is reinventing that format?

(Jaramillo held up one of her books for reference while she spoke. As opposed to the typical bilingual book, which features both languages on the same page, Encantos books are printed with the English story on the front and, when you flip the book around, the Spanish version on the back.)

SJ: It’s one language at a time.  I love this format, especially for early readers. The truth is, the human brain gets overwhelmed by clutter and lots and lots of extra words on the page is clutter.

You’ve created so many beloved songs across hymnsyour Bilingual Latin-inspired nursery rhymeare. What prompted you to write bilingual music?

SJ: We are very proud of our music and the different genres of Latin music we offer. We want to make sure adults enjoy listening to it, [too]. We make it cool to speak Spanish, because the reality is that everything cool is in English. So here’s this beautiful Mother Goose world nursery rhyme, where if you’re Argentinian, Cuban, Mexican or Colombian, everyone sings The bone Elephants Where Los Pollitos

I like to say we make glue. Because it unites the community. There are a lot of situations where a grandma dominates Spanish, barely speaks English, and the child barely speaks Spanish, but one thing they can do together is sing the songs. My children don’t like to speak Spanish but you should see my daughter, so proud with the microphone at my mother-in-law’s 50th birthday, singing Los Pollitos in Spanish to a room full of Colombians in their 60s and 60s. She just lit up the room.

What advice would you give to parents who want their bilingual children to want to speak Spanish?

SJ: Have fun! Don’t make it homework, don’t make Spanish a source of conflict. [Listening] listening to music in Spanish helps me a lot. Reading… playing games. You have to start super, super early, don’t wait until they are in high school. Talk to them in Spanish all the time, crack jokes in Spanish and have fun with the way you speak Spanish.

Of course, if you can travel, go visit people who have predominantly Spanish houses. Get them to see the culture first hand so they develop and practice these skills.

This interview has been edited and condensed for clarity and length.

Before you go, check out some of our favorite children’s books featuring boys of color.