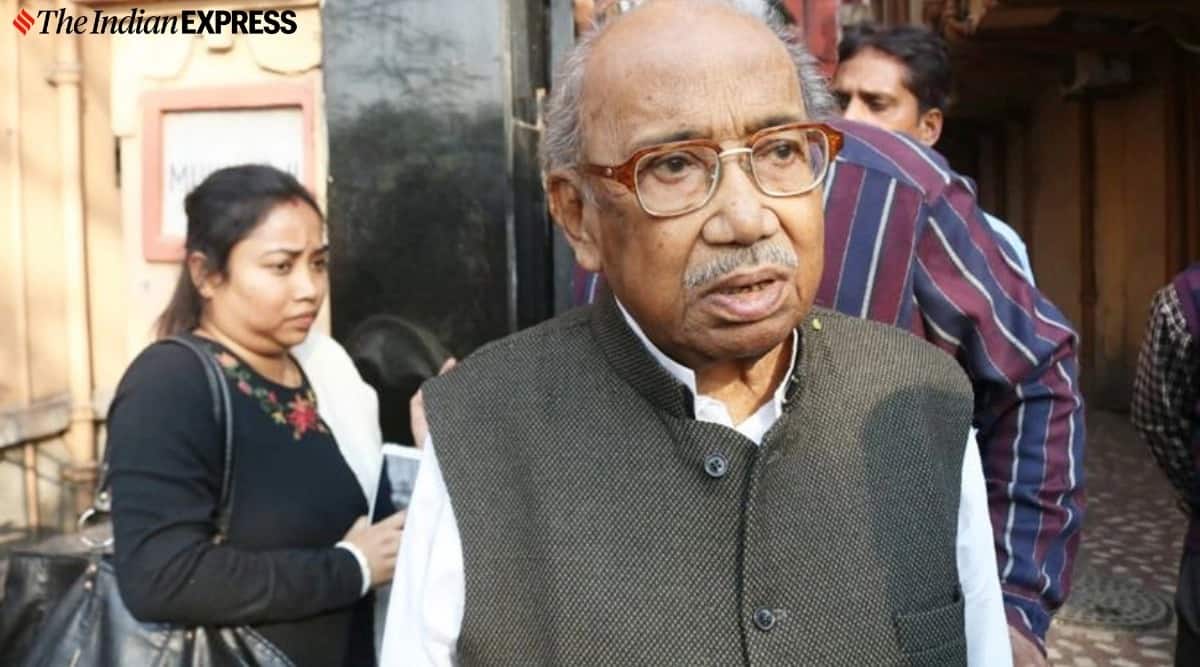 The Magic of Tarun Majumdar’s Movies: Stories of Ordinary People

Not since the death of the great Balraj Sahni in 1973 has this happened. Tarun Majumdar, a devoted Marxist, had wished his body not to be groomed or covered in thick garlands. He didn’t want his funeral to be marked by a gun salute anywhere for people to come and pay their last respects. On Majumdar’s last trip, his body – which he wanted to donate for medical research – was wrapped in the Marxist-Communist red flag. Yet none of his films had made much allusion to his political leanings. They were pure and wholesome family entertainers with subtly woven social messages.

The secret to his phenomenal success as a director, both in the mainstream arena and among “art” film lovers, lies in his ability to engage his audiences in his films, their stories and the characters they they embody. One could identify with stories that had a middle-class ethos with particular emphasis on the synthesis that sustained common families in Bengal – in cities, suburbs and villages. The films chronicled the lives, struggles, failures and successes of ordinary men, women and children, enriched with beautiful songs and music, mostly taken from the creations of Rabindranath Tagore. Most of his films are inspired by the works of great writers.

Among the memorable films in his extensive repertoire is Chaowa Pawa (1959) starring Uttam Kumar and Suchitra Sen directed by Yatrik, a band he formed with Dilip Mukherjee and Sachin Mukherjee. He made two more films under the Yatrik banner, Kancher Swarga (1962) and Palatak (1963), before going independent with Alor Pipasha (1965). Kancher Swargo, shot almost entirely inside a studio-built hospital, dealt with a doctor who is confronted with the ugly story of his medical past when he made a mistake and was imprisoned.

The most memorable film of all his oeuvre is Balika Badhu (1967) which saw the debut of 14-year-old Moushumi Chatterjee in the title role and was later produced in Hindi by Shakti Samanta. The film is told through the voiceover of an elderly man who happened to be the teenage husband of the child bride many years ago. It’s the coming-of-age story of the bride, who has no idea of ​​the romantic and sexual side of marriage, with Chatterjee giving a riveting performance.

Majumdar showcased some of the finest talent in Bengali cinema and drew marvelous performances from actors whose versatility had gone largely unexplored in other films. Perhaps the best example of this is his choice to make Anup Kumar the hero of two of his best films, Palatak and Nimantran (1971). The actor had always played comedic roles but although Uttam Kumar expressed a wish to play the lead role in Palatak, Tarun Majumdar chose Anup. And what a performance came out of this choice! The three most talented actors Majumdar featured are Tapas Pal, Moushumi Chatterjee and Sandhya Roy – he later married Roy, although the two separated after some time.

Music, especially Tagore’s compositions, took on a particular importance in all of Majumdar’s films, not only in terms of rendering, but also in the way the songs were visualized and positioned in the narrative. His film Alo (2003), a huge box office hit, starring Rituparna Sengupta in the title role, was adapted from a story by Bibhutibhushan Bandopadhyay. The film, with seven beautifully rendered and imaginatively positioned Tagore songs, reignited interest in Rabindra Sangeet. In Nimantran, another outstanding film which was also based on a story by Bandopadhyay, Majumdar used Tagore’s “Purano Shei Diner Kawtha Bhulbi Ki Re Hai” as the theme. Another Tagore song, “Doorey Kothai, Doorey Doorey” was beautifully placed in a picnic sequence to establish a young girl’s loneliness. The film also uses Tagore’s famous poem, Nirjharer Swapno Bhango, recited without dramatic inflections by the hero, played by Anup Kumar, to express his free spirit upon his arrival in Bakulpur.

At Balika Badhu, the resident tutor for the children, an old man, plays the tunes of Amar Shonar Bangla and Aami Tomay Bhalobashi on his violin. Later in the film, when the police arrive to arrest him, we find out he was a terrorist in disguise and the meaning of the tune is clear. In his smash hit Dadar Kirti, Majumdar uses a beautiful Tagore song – Chawrono Dhorite Diyogo Amaare, Niyona Niyona Shawraaye – sung by the nondescript hero to effectively bring the climax without the use of a single line of dialogue. The same film begins with a scene from Tagore’s dance drama Chitrangada to introduce the heroine and set the pace for the film.

Majumdar was a director with his heart in the right place. During his last days, when he was very ill, he wrote on scraps of paper the new movie he wanted to shoot. He wrote: “The movie will be made.” The producer was ready. The reconnaissance was over. He was working on the script when he fell ill. He was 91 years old.

(The writer is a film specialist and critic)