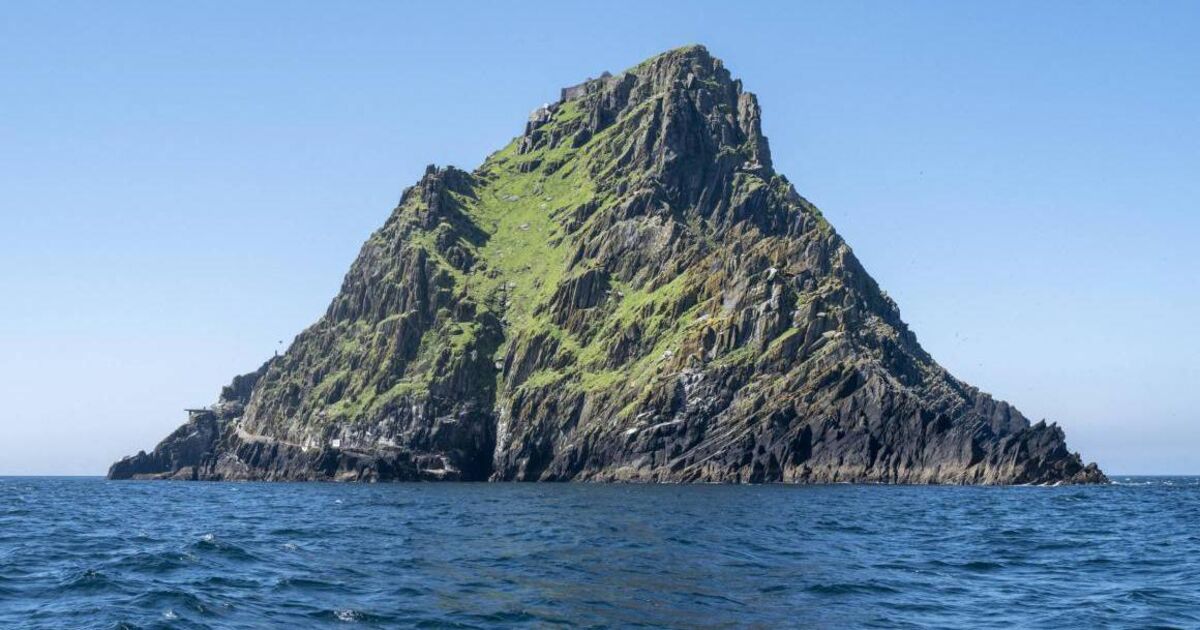 The magic of Skellig inspires a tale of medieval religious fervor

WHEN Emma Donoghue was vacationing on the Beara Peninsula, a friend booked a boat trip around the famous Skelligs. Transfixed by the thorniest landscape she had ever seen, Donoghue wondered how the monks had managed to land and live there in the 7th century. And, why, in such a rural country, would they seek such extreme solitude. By the time the ship had returned to mainland Kerry, Emma had worked out the whole plot of a novel in her head.

“I looked at these steps and I thought, OK, who landed here first? There were probably a dozen monks, but I was thinking of doing three like the Trinity. And I did kind of research I needed a chef, and someone younger who could walk up and down the cliffs easily, and someone with enough knowledge to grow vegetables.

She speaks to me via Zoom from her home in Ontario, Canada, and we discuss Haven, her recently published 16th novel. Haven opens when a scholar, Artt, has a dream telling him to leave the sinful world and found a monastery. He visits Cluain Mhic Nóis at the time, and he chooses his companions carefully. There’s Cormac, an elderly, once-married convert who lost his family to the plague, and the young dreamer, Trian.

The men sail down the Shannon to the Atlantic, letting the wind take them where it wants. They land, and all is harmony, at first, but the brother’s growing insistence on seemingly senseless deprivation eventually causes rifts.

Although rooted in medieval times, the novel resonates with our concerns today.

“I tried to do it like any cult,” Donoghue says. “There’s always a boss who seems so charming and confident and makes you feel special to have been chosen. You are seduced.

“It’s like those Facebook groups – people fall down rabbit holes all the time. And the more they’re told, ‘this is secret knowledge, the rest of the world doesn’t understand’, the more fervently they follow.

Haven turned out to be the most perfect project for containment. The idea of ​​escaping the desperate boredom of Covid, getting away from this world and solving the problems of those early settlers was quite appealing to Donoghue – even if at times the problems seemed eerily similar.

“I remember saying to a friend, ‘I’m going to have to get firewood for the monks or they’ll freeze’, but brother Artt said ‘there must be no trade with the mainland’, which was perverse when the island is just off the coast of Kerry. Saying, ‘We won’t trade with the corrupt world’, was like the seemingly arbitrary Covid rules, ‘You can see five neighbors but not six”.

The novel required prodigious research, and although Donoghue always completes the essentials before embarking on writing, new questions inevitably arise.

“I always do my own research,” she says, “and I always go as deep as I can because you never know where the diamond will be in the mine wall.

“Sometimes I only write half a sentence and spend the rest of the day doing research. I’ll say, ‘he’s rubbing his head’, and I think, wait, what shape the tonsure was. Sometimes I think to myself: Will I ever get to the end of the paragraph?

Laughing, she tells me about the days she spent on YouTube, watching passionate people explain how to make objects with Neolithic tools.

“There are forums debating whether it’s cheating to use threads to bind your leather together.”

Reading about Artt’s fixation on purity resonates horribly with how women have been treated lately, sent to atone for their sin in Magdalene laundries, their babies being sold in America.

“I was very conscious of trying to capture this part of Christianity that hates the body, and hates women in particular,” she says. “The brother basically says, ‘shit, women, rules, sex, just take some men and go to an island’.

“I would say anything I write that is historical pulls all my thoughts from today,” she says, then points out the environmental parallels.

“How much damage could these three humans do to an island in one summer? Not by crafting anything, since no supplies come from elsewhere, but by stripping it. And they can engage in this terrible race towards the erosion and destruction of the ecosystem.

Skellig Michael is a character in itself. The different reactions of the three men are used to develop the action.

“The Brother chooses it because it is a land without people. He wants a virgin space to colonize. But there is so much beauty there and so many creatures already. Cormac and Trian are able to see the beauty but the brother just doesn’t notice.

“When I have an idea, I’m a bit like him,” she says regretfully. “I’m starting a novel, and it’s the most important thing in the world and then, oh my god, the kids have a dentist appointment and I have to get back to the real world.

“I don’t want to be the monster that says, ‘I’m not cooking dinner, I’m just writing my book,’ but you have to find the time to write the book. It’s about finding the right balance between ambition and the will for something and the more relaxed merciful qualities.

Donoghue’s greatest concern lies in examining the relationship dynamics between the three men and how they relate as a family.

“A modern reader will probably wonder why Cormac and Trian don’t rebel, but the idea that we have rights came with the rise of democracy and human rights, as monks see themselves as belonging to their boss.”

I notice that Donoghue’s novels usually take place in confined spaces; nothing more than in Room, the novel that was turned into an Oscar-winning film, with the screenplay by Donoghue.

Okay, she says, “I’m like a serial kidnapper, aren’t I?” Other writers can write a novel that covers all of Europe over 50 years and I lock my characters in a shed. I love these confined situations because the dialogue is my strength, and I love how every thing they say to each other would have a ripple effect because they’re really glued to each other.

Donoghue escaped her own confinement last August, when she attended the filming of her novel, The Wonder, on the Guinness estate in Co Wicklow.

“It was magical,” she says. “And I enjoyed seeing how they fared in the Covid conditions. We had a Covid test van and we were all tested every other day. We had a few good meals in Monkstown, and it all went very well.

Current projects include two novels, one awaiting publication, the other in progress; a musical and the screenplay for his 2020 novel, The Pull of the Stars.

Meanwhile, she is busy packing. She goes to live in Paris for a year with her wife, Christine Roulston, and their teenage children, Finn and Una. They have lived in the south of France before, but never in the north.

“We won’t have that sparkling blue sky, but I’m drawn to the history, museums and architecture of Paris. I couldn’t let this chance pass. It’s exciting.”

Living in Europe, close to family and friends in Ireland will be a treat. But will she finally make the trip to Skellig Michael – which was closed to tourists during Covid?

“We have a trip booked,” she says, “and we can go anytime over the next five years. So one day I will land on the island.