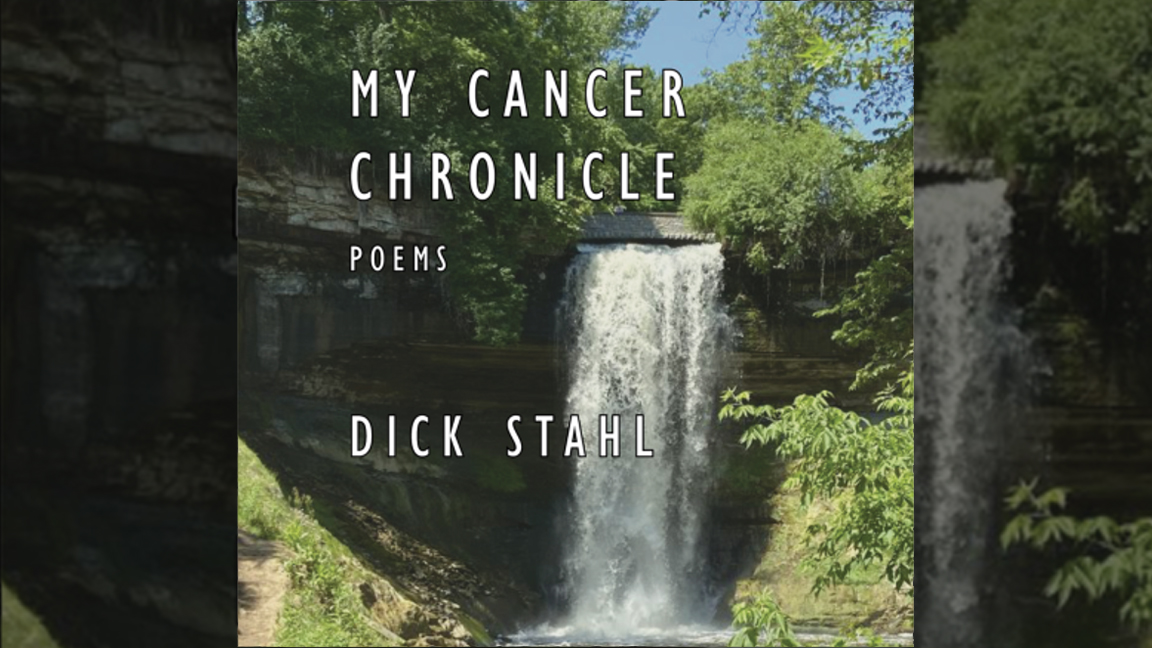 More than two years after his death, “My Cancer Chronicle”, the last book of poems by Dick Stahl, will be published.

MWC Press has worked with Stahl’s family to “bring this heartbreaking and powerful lyrical narrative that documents her cancer experience, from the initial diagnosis to the dictation of the final two poems to her family, sharing her experience with cancer as a way to provide insight, solace, and solace to all who have gone through/are going through this journey, and to those helping them,” according to a statement from MWC.

As well as being a solid collection of poems by an all-time great local author, it will also serve to support those going through similar experiences.

The June 12 release will feature friends of Stahl, reading poems and sharing memories of his life.

Stahl is the author of four collections of poems: After the Milk Route (1988) and Under the Green Tree Hotel (1996), both published by East Hall Press of Augustana College; Mr. Farnam’s Guests (2004, MWC Press); and Bluffing (2016, Riverwise, Inc.), and his poems have been widely published, receiving numerous awards and accolades.

A graduate of Augustana (BA), the University of Iowa (MA), and Western Illinois University (Ed.S.), he taught English at Central High School for 34½ years, before to retire in 2001.

He served as Quad City Arts’ first Poet Laureate from September 2001 to September 2003. In 2013, he was inducted into the Davenport High School/Central High School Hall of Honor, which recognizes distinguished alumni. Stahl is survived by his wife Helen, his three children (Rita, Randy and Renee) and five grandchildren.

“Dick was extremely dedicated to poetry, to his craft, and shared his love of writing with as many people as possible,” the Midwest Writing Center posted on Facebook shortly after his death in February 2020. “He was deeply curious and fiercely kind. He was a master educator – in the classrooms as well as in the poems – and his commitment to developing his writing never stopped growing, changing, adapting, incorporating new elements while remaining true to his voice, unique in the rich literary history of Quad Cities. .

“While many writers have used this place as their canvas, materials and muse, Dick has shown a devotion and care for this place and its people – from ceremonial to everyday – that resonate in the body of his work, which stands as a model for how we could also celebrate the place where we are and the people around us with words as well as with actions. He will always remain an inspiration for us and our work.

The new book is made possible with support from the Stahl family, the Scott County Regional Authority, the Poetry Foundation, and the Illinois Arts Council.

Praise for “My Cancer Chronicle”:

Quad City Poet Laureate Dick Stahl’s “My Cancer Chronicle” takes us on an intimate journey that begins with the diagnosis of a “red dot” on his nose. He watches carefully; he tells the truth. There is pain and gratitude, memories and love – all countless “symbolic gifts” forming “what we all yearn for – a better life”. — Paul Olsen, Professor and Athletics Coach, Augustana College

“…[Stahl’s] the voice amplifies the incredible power of speech and writing to move people and create connections. This collection of poetry artfully takes the reader on a journey, their cancer journey, a journey that is beautiful, relatable and ultimately inspiring in the face of the intense challenges faced by cancer patients, their loved ones and those who care for them. them. ” — Brian Baxter, Executive Director, Quad City Symphony Orchestra

“In this latest collection of poems, Dick Stahl captures the ebb and flow of the human condition. Battling his deadly cancer, he smiles at a white checkered tablecloth that “looks healthy” or greets the Milky Way or a monitor Helen and he names “Charlie”. As he soberly knows that the grains of sand are falling as they ring loudly in his ears, he contemplates the radioactive balls heading for his liver. He looks straight into the demon and expresses his condition with beauty, faith and grace. — Dale G. Haake, lawyer and former poet laureate of the Quad Cities

“Cancer stories can make dark reading. But not this one. Dick Stahl’s “My Cancer Chronicle” is a playful allegation, not an elegy. Honest without self-pity, optimistic without sentimentality, brave without bravado, these richly detailed poems give us “sharper eyes” to discover joy intertwined with pain. The “quick pen” that Stahl had hoped for inspires us to celebrate life, love, and the power of words to heal that which is beyond healing. — Ann Boaden, author of Light and Leaven: The Women Who Shaped Augustana’s First Century

“Dick Stahl’s death to cancer was a grievous loss, but the poetic process he went through from early detection, through stages of treatment, moments of grace, to final dictation, keeps his spirit alive. alive and with us. His refuge from pain in poetry is both testament and memorial; a final gift to his friends and admirers.— Don Wooten, WVIK radio host and columnist