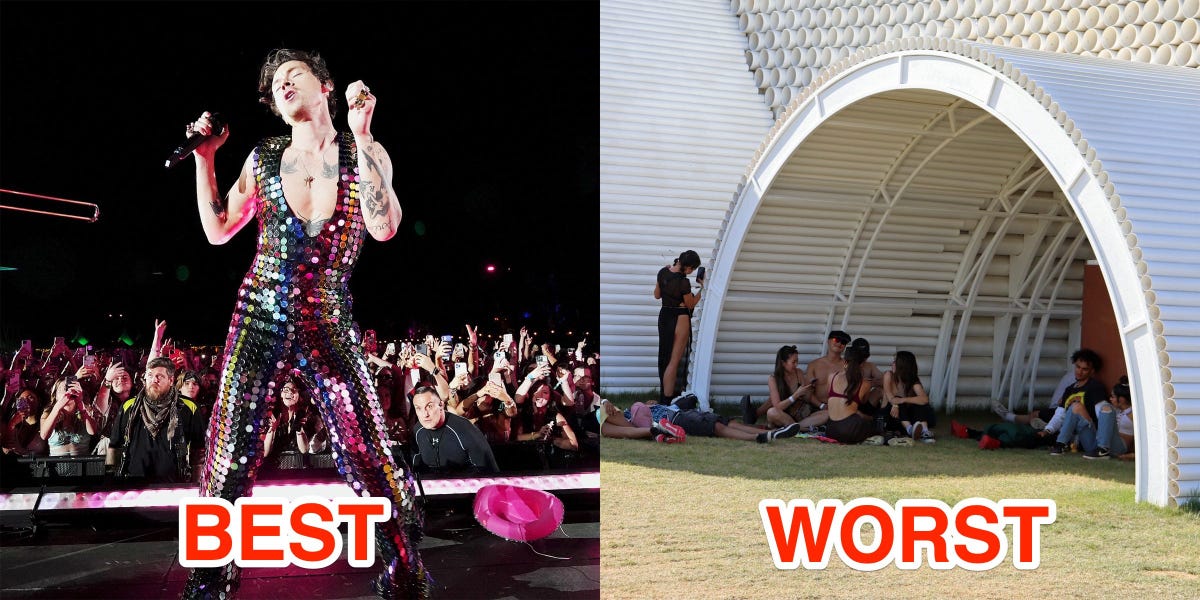 The best and worst things about going to the music festival

On the other hand, there is a lot of traffic when arriving at the festival and few signs to point you in the right direction.

Much of this inconvenience depends on when you are trying to get to the festival, but some of the traffic we encountered was confusing.

The Coachella website explicitly tells fans not to trust GPS and to follow their instructions instead. But there isn’t much signage as you approach the pitch.

If you come from the wrong direction, you may find yourself spinning in circles, constantly sidetracked by unexplained traffic cones, blockages, and lines of cars with no end in sight.

Sunday, after leaving Palm Springs at 2pm and driving 40 minutes to Indio, it took us another 90 minutes to pull into a parking lot.

While we’ve heard good things about the Coachella shuttle service, it only operates from local hotels, whose rooms sell out extremely quickly and cost a pretty penny. The shuttle itself isn’t cheap either: a weekend pass will cost you $84, plus fees.

As for using ridesharing apps, this plan can be a tricky bet. A festival goer we spoke to tried to call an Uber and was left to wait over an hour. Around 2 a.m., she gave up and begged a friend to pick her up.