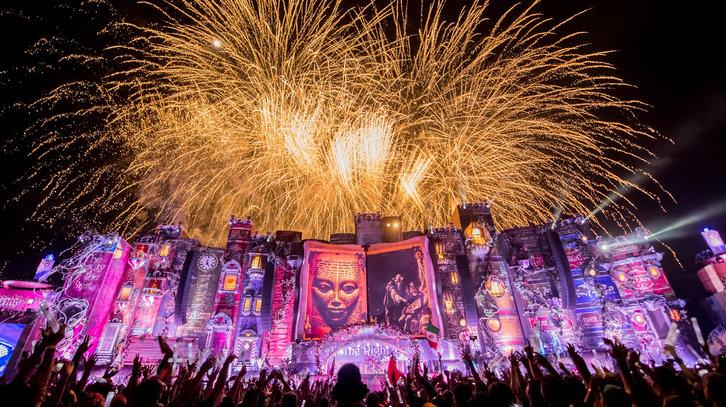 The 8 biggest music festivals on the planet

Music festivals are huge events that billions of people look forward to attending. Each year, a dozen top-notch and striking music festivals take place. Europe, Africa and America are just a few continents where music festivals are held. More importantly, such events are not just about music; they are full of beautiful people, decorations and visual effects. Whatever the festival, there will be a unique and memorable atmosphere that you will remember long after the event. So which are the biggest music festivals in the world worth visiting? Let’s find out together!

Coachella is probably the first major music festival that comes to mind. Indeed, Coachella is a global music event, hosting heavyweights like Kanye West, Billie Eilish, ASAP Rocky, and more. However, it is not the biggest festival, but it firmly holds a place in the top ten. Still, Coachella can seat around 250,000 people, and that number is growing every year. 2022 will bring an exciting and robust lineup, with the artists mentioned being just a few of a substantial roster of singers, including Stromae, Maneskin, Doja Cat, Phoebe Bridgers, Swedish House Mafia, and more. Coachella is scheduled to happen in Indio, CA in April (15-17 & 22-24).

Glastonbury is an English music festival that attracts people from all over the world, and for a reason. The location (Pilton, Somerset) is tranquil and scenic, with fresh air and impressive architecture. Unlike many festivals, Glastonbury does not offer open programming. you can only learn about the headliner and a few powerful artists (by the way, this year Billie Eilish, Little Simz and Diana Ross will be the headliners of different stages). But apart from that, you have to trust the organizers. So far, they haven’t failed to build a stellar lineup. Glastonbury can hold around 200,000 attendees, so if you’ve never been to Pilton, Somerset, visiting in June (22-26) is your go-to!

The folks behind the Electric Daisy Carnival in Las Vegas seem to have a multifaceted approach to the event. Not only do they create an impressive lineup filled with famous and up-and-coming artists, but they also put tremendous effort into the visual elements of the festival. Their Instagram page looks outstanding, thanks to the use of an album cover maker. Extraordinary people, smoke, remarkable decorations and singers are just some of the things their photos cover. Electric Daisy Carnival in Las Vegas focuses on musical genres like dubstep, techno, house, trance and hardstyle, inviting admired artists, such as Vini Vici, Alesso, Martin Garrix, The Chainsmokers, Nina Kraviz, Timmy Trumpet and many more. Electric Daisy Carnival will take place in Las Vegas in May (20-22).

Lollapalooza may not be the oldest music festival, but it is certainly one of the most magnificent. Its roots date back to the last decade of the 20th century. Intended to be a Perry Farrell farewell tour, it has since become a full-fledged and regular musical event. Lollapalooza Chicago has hosted dozens of well-known artists, and this year is no different. It’s not yet known who will be in the lineup in 2022, but consider this: previous festivals have included Cypress Hill, Amy Winehouse, SZA, Nine Inch Nails, Ice Cube, Red Hot Chili Peppers, Daft Punk and Sinead O’Connor. In July, Lollapalooza will perform in Chicago, Illinois (28-31).

There’s no denying that Tomorrowland has become one of the most beloved music events in recent times. Its vibrant atmosphere will allow anyone to release their endorphins as the festival encompasses various musical genres, from hip hop, pop and dance to techno, house and EDM. Located in Boom, Flanders (Belgium), the festival includes great lineups and striking features, including talented and lesser-known artists and big-name musicians. And although Tomorrowland Music Festival can accommodate about 400,000 visitors, you should hurry and buy the ticket immediately, choosing a suitable date (July 15-17, 22-24, 29-31).

Barcelona is an amazing Spanish city that hosts an amazing festival called Primavera Sound. It is one of Europe’s largest music events, attracting over 500,000 people. Like Lollapalooza Chicago, Primavera Sound Barcelona is not circumscribed by specific musical genres; you can hear indie, rock, electronic music, hip hop and a wide range of other genres. And the icing on the cake, Primavera Sound aims to get as many people rolling as possible by extending the event over ten days of crazy stages and DJ sets (from June 2 to 12).

Visiting Woodstock is a must if you want to live an exceptional experience! In addition to taking place in Poland, it is a gigantic music festival bringing together more than 750,000 people! Historically, Woodstock was created as a typically Polish festival hosting Polish rock bands. But once the success was achieved, music stars from all over the world were performing on stage. Not only that, but you can now hear genres other than rock. People come to Woodstock to listen to reggae, folk and, of course, classical music.