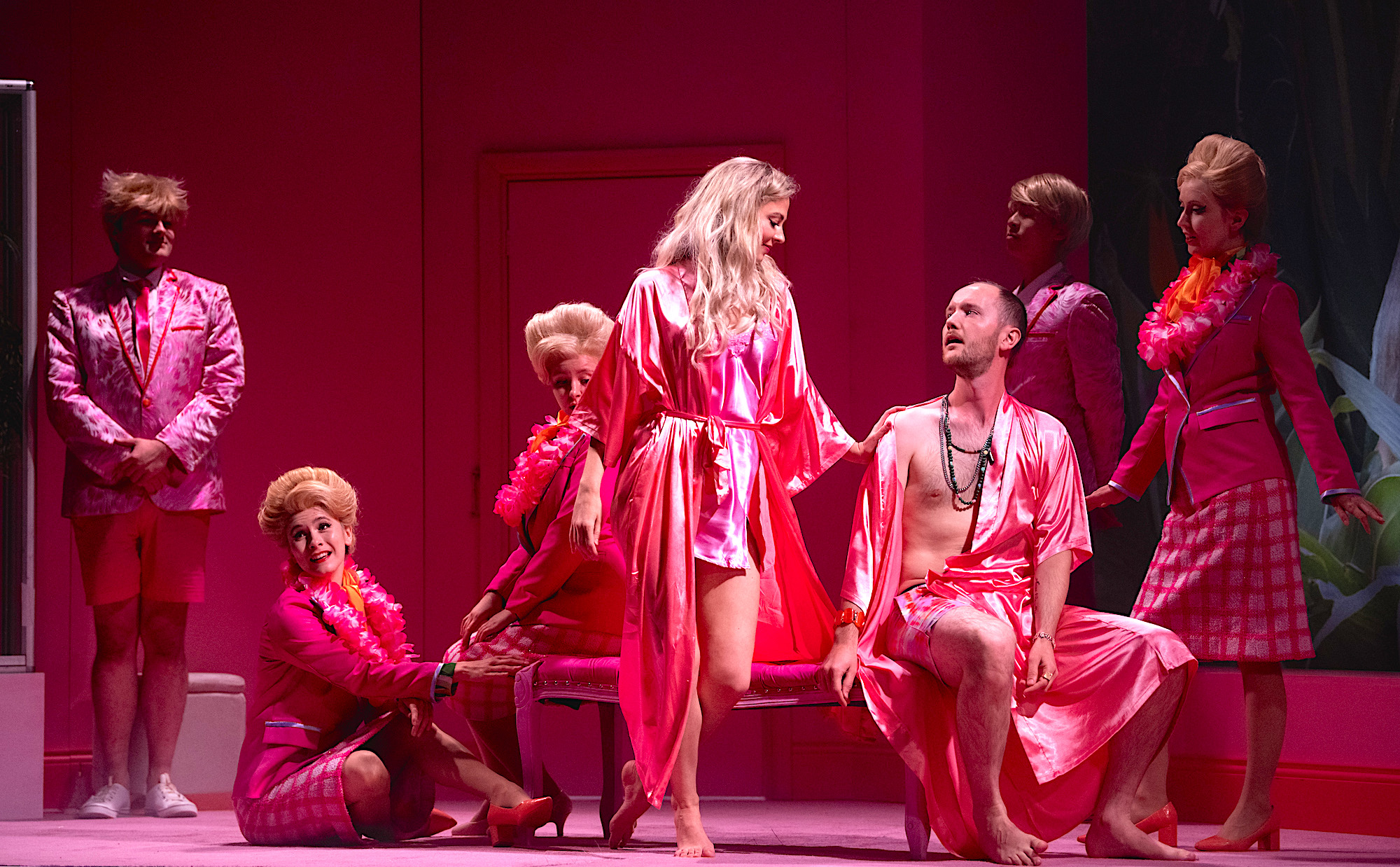 But there are two different cases in Freya Waley-Cohen’s Longborough double bill spell book and Francesca Caccini The release of Ruggiero dall’isola di Alcinaone related to the character of the work itself, the other primarily related to the philosophy behind its depiction here.

Francesca Caccini was the daughter of Giulio Caccini, a composer and singer in Florence around 1600, well known to music students, at least by name, as the author of one of the earliest operas (Euridicelisten)) and a member of the Florentine Camerata, a study group that, among other things, theorized about ancient Greek music and ways to apply its supposed methods to the music of their day. Simple history tells us that the result of these musings was what is called monody – a voice singing over instrumental accompaniment (as if no one had ever done it before) – which quickly led to opera, Monteverdi, etc.

Well, maybe. But in any case, operas began to be written, and Francesca wrote several of them, all of them except this one, The release of Ruggiero (1625), are lost. Naturally, we want to know what this one looks like. You can actually find it on Spotify, but we didn’t find it in Longborough because the bandleader, Yshani Perinpanayagam, had made her own arrangement which, truth be told, turned out to be something ‘a little more than an arrangement: something like a parody, a complete change of character (shown belowFreya Waley-Cohen).

For starters, she re-orchestrated it, including instruments – clarinet and piano – that didn’t exist in Francesca’s day. Fair enough: these were the instruments at hand to spell book. But she also added orchestral music where Francesca probably only had (I didn’t see the score) the continuo – keyboard and bass. She added new harmonies and textures, and in the end she abandoned Caccini’s score altogether and composed a searing pop number for Ruggiero, who having, as in Handel, escaped the clutches of the witch Alcina, undoubtedly feels allowed to express emotions in the spirit of a new era of freedom from old constraints.

But surely all the interest of presenting The Liberation in this moment and on this stage is to show, rightly, that women have also composed beautiful music that we should hear. Elena Sartori’s recording (Glossa, GCD 923902) achieves this quite well. Perinpanayagam’s approach achieves something quite different: it implies that, on the contrary, Francesca’s work cannot really be trusted to engage us for its full 80 minutes, and needs all the help it can get. She may be right; the play is musically charming but dramatically inert, too heavily preluded by faithful dedications to their concerned highnesses, too stretched out in the insular scenes, too obscure in its denouement. But if you argue, argue. Don’t procrastinate.

Jenny Ogilvie’s staging, set in some kind of luxury South Seas paradise, all in vulgar pinks, oranges and scarlets, with massage parlors and cocktail bars (creator April Dalton), also seemed a bit uncertain as to the validity of this kind of courtly spectacle. But the music was mostly well sung, as part of Longborough’s excellent emerging artists program. The Alcina was particularly strong, Lauren Joyanne Morris a bright, nimble soprano with a lively stage presence, Oskar McCarthy as the fit-and-sounding Ruggiero, and Joe Chalmers as Neptune, recast here as As president of a somewhat noisy group, go clubbable for the performance of this specially composed opera. Many promises elsewhere, but also some disappointments. 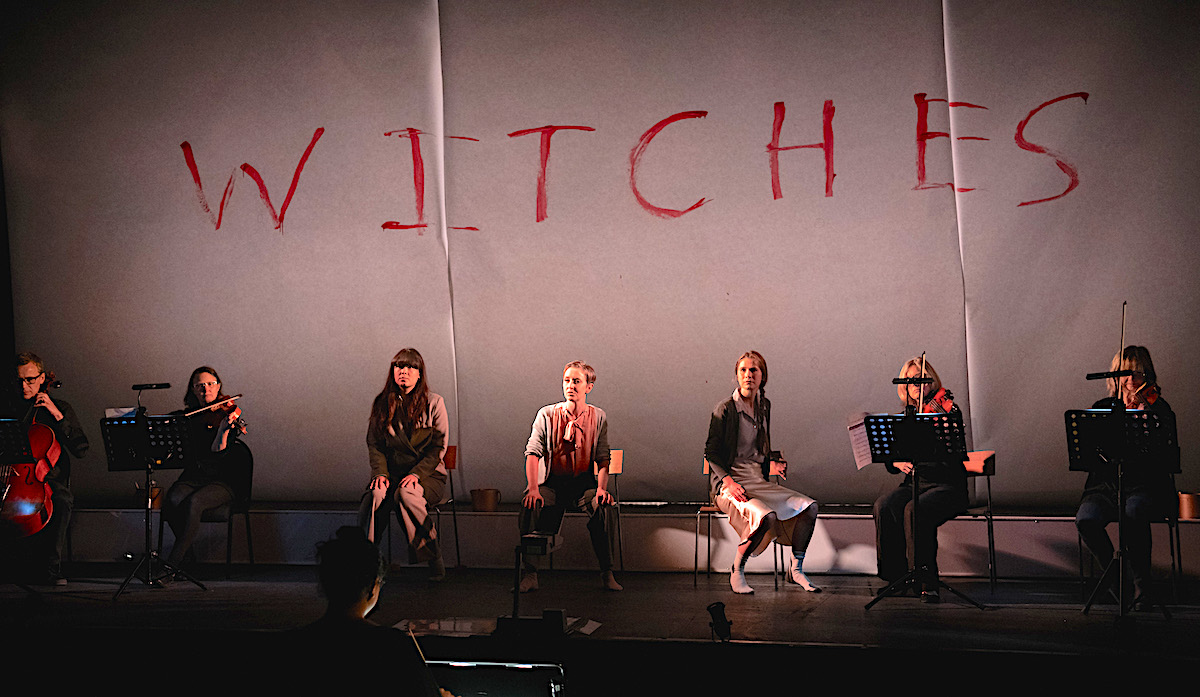 spell book (cast pictured above) approaches things from a rather different angle. Freya Waley-Cohen’s score is a collection of poems by Rebecca Tamás, nominally about various types of witches casting various types of spells, but actually about women in a variety of feminist modes, the mythical, the sexual, the domestic, etc . It is not known whether the composer had the staging in mind when she wrote the music: formally, the work is a cycle of songs. In any case, its staging turned out to be problematic, didactic in a curiously old-fashioned, Brechtian way, with the instruments on stage and the characters scribbling texts on paper curtains which then get ripped up while women in outdated costumes (most of which at some point they reject) buzz 70s or 80s style over bodies, menstruation and vulvas.

In her program note, Waley-Cohen confesses that after reading Tamás she “began to have strange, witchy dreams”. But, perhaps fortunately, music is a secret art that guards its guidance on these matters, and the music of spell book is crisp and striking with no obvious graphic links to the poems. In fact, there is a strange discrepancy between the vocal music and the instrumental. The lyrics are clear and direct, sometimes reflecting but often resisting hysterical temptations, and are very well sung in an expressive way by four young sopranos and mezzos (Sarah Richmond, Bernadette Johns, Nia Coleman, Jessica Robinson) and a high countertenor, Keith Pun.

Meanwhile, the accompaniment, for quintet with piano, flute and clarinet, seems to brood over its own nightmares, sometimes excitedly, sometimes morosely, always in a particular, focused way, much like one remembers dreams in pictures. individual. It’s not pretty music, but it’s striking, well composed, very individual. The game, by Chroma under Perinpanayagam, looked excellent. It may be better not to say exactly what he taught us about women and witches.