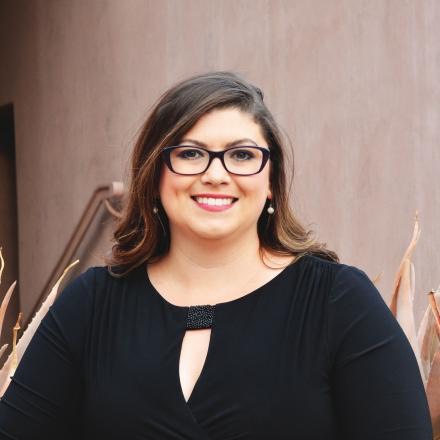 “I wanted to be in a band more than anything,” Grand Rapids Community College bands director Shannon Shaker said when asked about her first interest in music.

“My mom first told me I couldn’t join the band,” Shaker said. “We didn’t have the financial means for me to buy an instrument. My only act of rebellion in my entire life, I sneaked into a group. I was hooked.

Shaker, 36, of Grand Rapids, has just been named director of groups for the GRCC. She believes she has found a way to bring her love of music to more students than ever before. While working as a group director at Frostburg State University in Maryland, she began hearing about the opportunities available in the community college scene.

“I started looking for jobs at community colleges. (They) really align with my values ​​of providing access to high quality music education for all,” she continued. “When the band manager position opened up at the GRCC, it was kind of like a dream. Grand Rapids is a wonderful city, and the music department here is truly exceptional.

GRCC is well known for its music program and is accredited by the National Association of Schools and Music, a benchmark achieved by only two community colleges in Michigan. For Shaker, the combination of accessibility and high-quality education makes GRCC an ideal place to study music.

“Because of this, we meet the standards of an outside music accrediting body,” Shaker said. “Most universities are accredited by (NASM). Although we provide an affordable education, our program also meets very high standards for music education. »

Shaker fell in love with music when she started playing the clarinet and made it her goal to share that love with others. Her recent appointment as Director of Groups is significant; she is the first woman to hold this position. Still, that didn’t surprise her.

“I was the first woman to hold most of the leadership positions I’ve held…” Shaker said. “I’ve only really studied with men, because it’s such a male-dominated field. It’s nothing new to me, but what it shows is that GRCC is not afraid to step out of the mold, look for change makers and value diversity. I was seen as the best candidate for the job and my gender was not an issue. It only matters given our implicit biases, because conducting is such a male-dominated field.

In fact, the lack of female representation in collegiate orchestral conducting prompted Shaker to pursue the subject further in her doctoral research project at Arizona State University. She soon discovered that the field she loved was not as diverse as it could be.

“I thought we would have about 10% (women in college group leadership positions) in the 2017-18 school year…And the data was showing 11% and it was tied,” Shaker said. “I decided to do this because no one had counted the numbers since the 1993-1994 school year, during which 5% of orchestra conducting positions were held by women. So when people in our field started discussing our gender issues, they were using this data from over 20 years ago, and the perception was that it had changed a lot. I wanted to know where we really were, instead of just making assumptions about the growth that had been achieved.

In her new role at GRCC, Shaker plans to bring even more diversity to the world of music education. She hopes to achieve this by integrating music from different cultures into the music program here.

“I would like to continue to expand and diversify it as much as possible,” Shaker said. “Something that some people do in the business is work on certain instances and get arrangements and get the composers to write authentic music that’s not in the Western European style. .”

One of the ways Shaker plans to give the music program a boost is through the use of music composed by traditionally marginalized bands. She fondly remembers a colleague who recently programmed Beyoncé’s music for his own students at New York University.

“It’s important to incorporate relevant music into students’ lives. I’m looking for composers who may not have composed for concert band, but who have composed other music, bringing music from their cultures and origins. I started with women, but it has to go much deeper and much broader than that,” Shaker said.

“In an upcoming concert (which took place on February 11), the GRCC Wind Ensemble perform ‘A Mother of a Revolution’, by black composer Omar Thomas. It was written in tribute to Marsha P. Johnson, a Black trans activist Not only is this article written from her perspective and experiences, but it also celebrates this highly marginalized group.

By programming music that represents a wider range of people, Shaker hopes to emphasize inclusion and broaden the minds of GRCC music students. With a keen eye for diversity and listening to different world music, Shaker hopes to set a good example for his students.

She is thrilled to announce that Campus Band is being offered in the fall, which will also be available for credit and for auditing. For those interested, you can search MUS 194 on class registration website.

In his spare time, Shaker is very fond of rock music. There are also some basic music tracks that she always tries to play with every band she works with.

“I really like Queen, they’re probably my favorite band,” Shaker said. “My favorite group piece I’ve ever conducted is ‘Armenian Dances’ by Alfred Reed. Another favorite I lead with every band is Cait Nishimura’s “Chasing Sunlight.” »

When she’s not busy directing, Shaker enjoys spending time with her husband and family pets. “We have two dogs who are both shelter rescue dogs,” Shaker said.

And when it comes to hobbies, Shaker said, “I really like baking, baking, and hiking.”

Shaker thinks the future of conduction is bright. “My advice to aspiring band managers would be to take advantage of every opportunity you have to play and teach with bands and instrumental students,” Shaker said.

“Interact with as many different bands as possible, go watch the band managers you respect and admire and see what they do. Participate in symposia. Familiarize yourself with the profession as much as possible, and in doing so, you build a network of mentors, colleagues, and peers that you know when you enter the field.

Kevin Dobreff, Head of Music and Program Director at GRCC, is thrilled with Shaker’s inclusion on the Music Program team.

“Shannon brings a very clear understanding of the importance of diversity, equity and inclusion to her rehearsals,” Dobreff said. “His work in finding composers from diverse backgrounds and sexual orientations is phenomenal as it helps our students understand that the music available for wind ensembles is not just written by dead whites. This helps students play music made by people who look like them.

Along with his focus on inclusion and fairness, Dobreff cites Shaker’s strong work ethic as one of his best qualities.

“She’s extremely outgoing and very approachable,” Dobreff said. “She is very kind and caring and works well with students and teachers. She is a real team player. Another thing that is very important about her is that she is extremely well organized. We do a collage gig every year and this year Shannon organized the whole performance which is no small feat as it includes all the sets in a collage format. There is no intermission and we move from act to act using lights. She completely organized this for us.

When she thinks back to her days as a youngster who sneaked into band practice, who just wanted to play music and belong, she remembers that sometimes things just work out.

“My parents managed to get me a clarinet and from day one the music room was my favorite place. I knew that was where I belonged. I knew from kindergarten that I just wanted to be a teacher. I had the same group director from sixth to high school. I was sitting and watching him lead, and I was like I was going to be a band manager.

2022-03-31
Previous Post: It’s high time to act on payday loans
Next Post: Films and streams at the Stephen Joseph Theater in Scarborough in April – including meeting one of the stars of Charlie and the Chocolate Factory