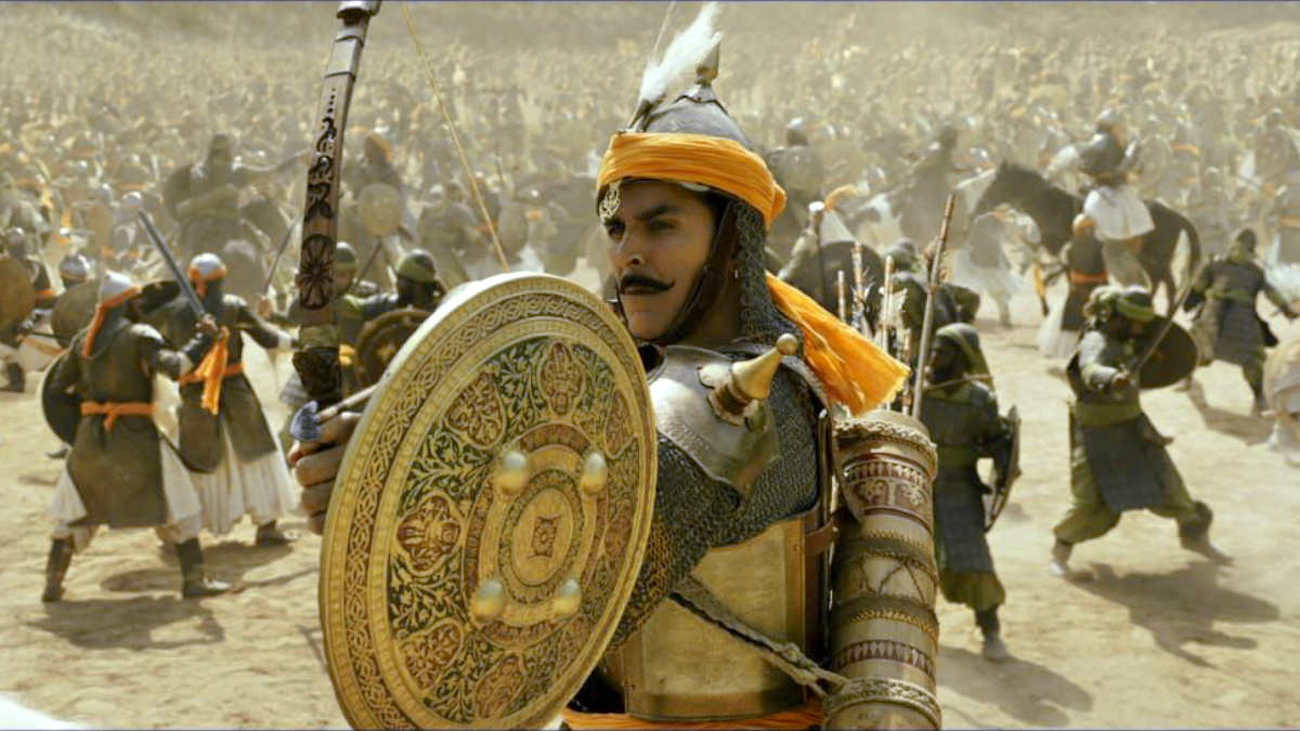 My mother was from Rajasthan. She told us the amazing love story of Sanyogita/Sanyukta and Prithviraj Chauhan, a valiant king of the 12th century. Today I threw off the cloak of oblivion and retraced my steps in the misty stairwell of time. The stairs were broken but the light shone brightly in my mother’s room. She held up a miniature painting of Prithviraj on horseback holding his lovely wife after her swayamvara.

As the fog lifted, the details of this fascinating saga of romance and war became apparent. According to legend, the fierce Mughal Sultan Ghori attacked Delhi 17 times and was defeated 16 times by Prithviraj Chauhan and his army. I also remember dreaming (as a young girl) of being swept away like Sanyukta by my own knight in shining armor, and hoping against hope that the movie “Samrat Prithviraj” would have a happy ending.

“Samrat Prithviraj” with Akshay Kumar and Manushi Chillar is based on “Prithviraj Raso” written by Chand Bardai, the court poet of Chauhan. The film was released in theaters on June 3 and is written and directed by Dr. Chandraprakash Dwivedi. Distributed by Yash Raj Films (YRF), the film is Akshay Kumar’s early period drama. Manoj Vij plays Ghori, the Sultan of the Ghurid Empire (Afghanistan). After the first triumphal battle of Tairan, Prithviraj is declared ruler of Delhi. This has a two-pronged effect. The beautiful princess of Kannauj falls in love with Chauhan but her father Jaichand the King of Kannauj (Ashutosh Rana) becomes jealous of Chauhan.

Jaichand performs the Rajsuya Yagya to establish supremacy over other Rajput kings but Prithviraj ignores him. The relationship between Jaichand and Prithviraj Chauhan is strained. He holds his daughter’s swayamvara but does not invite brave Prithviraj to attend. To add insult to injury, he installs a statue of Prithviraj as a gatekeeper. But Sanyogita has already given her heart to Chauhan, so she garlands the statue. Prithviraj appears on horseback and carries Sanyogita to his palace where they get married.

The angry Jaichand forms an alliance with Muhammad Ghori and extends his military support for Ghori’s army to attack Delhi. A deadly battle ensues and this time Prithviraj loses the war and is captured by Ghori. Sanjay Sood as the faithful poet Bardai until the end of the film is commendable. Sanjay Dutt brings his unique (albeit misplaced) humor to the narrative as Kaka Kanha. Manushi Chillar (in her first role) is alluring as the bold princess of Kanauj.

The film is well scripted. The period costumes are well cared for. Dwivedi takes us straight into the heart and soul of its protagonist with a dramatic gladiator-style opening fight sequence between Akshay and a lion?! As expected, there are many skirmishes but the plot fails trying to do justice to the romantic part of the story with song and dance sequences that detract from the hero’s journey. The cinematography is decent. Shankar Ehsan Loy’s music is not haunting. Maybe this story would have been made into two movies. One is an amazing love story between young Prithviraj and Sanyukta. Another featuring the last brave Hindu king, fighting valiantly on the battlefield to challenge the Muslim occupation of Hindustan.

Films like “Samrat Prithviraj” and “Padmavat” reinforce communal division between Hindus and Muslims by portraying Ghori and Khilji respectively as uncivilized bullies. Liberties were taken at ‘Prithviraj’ by the generous display of saffron flags and war cries like Har-Har Mahadev to invoke Hindu sentiment. Although Dwivedi makes it clear that the last Hindu king fell to the invaders due to infighting and betrayal between the Rajputs, he spares no expense in fanning the flames of nationalism. Another aspect that gives me the creeps is the deplorable portrayal of Sati and Jauhar as acceptable among brave Rajput men and women. I wish they would stop doing that! History testifies that it is not wise to play with sensitive community issues and keep stories as close to the facts as possible because these are sensitive issues and people may take offense as the Marathas have made with the dance sequence from “Bajirao Mastani”.

Last but not least is Akshay Kumar as young Prithviraj. I’ve followed Akshay’s prolific film journey (1987 to date) from an action hero, to his heartwarming comedy roles, to serious movies with a message. He is very talented and has mass appeal. I liked to see him play in the series “Hera Pheri”, “Housefull”, “Rustom”, “Pad Man”, “Jolly LLB” and “Good Newwz”.

Akshay Kumar is a serious and sincere actor. It’s obvious that the veteran actor also worked hard for this biopic, but two things go against his performance in this film. One is his distinct Punjabi accent and the other is his 54-year-old face (not necessarily his muscular body). But Akshay Kumar is still green and I wish him good luck with this film.

With one foot in Huntsville, Alabama, the other in her native home in India, and a heart steeped in humanity, writing is a contemplative practice for Monita Soni. She has published hundreds of poems, film reviews, book reviews, essays and contributed to combined literary works. His two books are My Light Reflections and Flow through My Heart. You can hear his comments on Sundial Writers Corner WLRH 89.3FM.

2022-06-06
Previous Post: Flute bands from all over Scotland descend on Ayrshire for march
Next Post: Angel Olsen: “A lot of my music videos are really based on dreams” – Music News