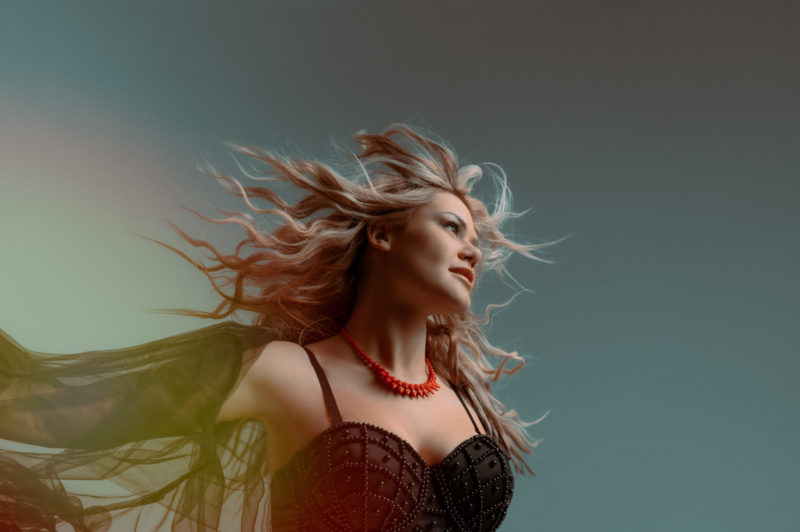 After moving to Nashville, you immediately started paying your dues singing in Broadway honky-tonks at legendary venues like Tootsie’s and Kid Rocks. What is your favorite thing that you learned about yourself as a performer during this time?

I think my favorite part was seeing people from all over the world come to Broadway with the common goal of having a good time. I believe escapism is its own form of therapy, and I was happy to facilitate it!

Realizing that you are helping people deal with life’s daily struggles is both humbling and encouraging and really keeps me going night after night.

When I started acting, I thought it was about showing people what I could do. However, after performing on Broadway and realizing what music could do, my reason for performing shifted to helping facilitate that beautiful escape for audiences that is a live music performance.

Your very first single, Ghost Stories was spotlighted on CMT.com shortly after its premiere. Tell us about the unforgettable first experience of finding out that you would be one of the headliners.

I haven’t lost sight of how important it is for country music to be accepted by the community, because it’s a relationship-based industry. So to have a song spotlighted by CMT was an honor. I hope they will continue to support my music and allow me to be part of this Nashville community.

You’ve opened for country superstars Jordan Davis, Tyler Rich, Joe Nichols and Rodney Atkins. Explain the differences between a show where you headline and a show where you open for someone else. Which do you prefer, and why?

When you open for someone else, there’s a strong potential that most viewers won’t know who you are. You’re basically on a first date, so there’s a lot more pressure, but if you crush it, there’s a nice buzz. When it’s your show, the audience knows you and loves your music enough to buy tickets, so it’s your responsibility to make sure they have a good time.

Your next single, Beautifully Broken, hits streaming platforms on February 18. What does “doing things right” mean to you? Are there “goods” and “bads” in love?

Getting it right is an instinctive feeling. You know when you feel valued and heard in a relationship or not. It can be tempting to stay in a comfortable relationship even if you’re not liked or heard from. This song is about how every wrong turn leads you to the right person and you’ve grown enough to appreciate it.

After releasing Beautifully Broken for your audience, what happens next? What does the next twelve months in Nashville look like for you as an independent female artist?

I’ve started working with a new co-writer and producer, Jonathan Wyndham, and we’ve written a brand new record and are three quarters of the way to production. I’m so excited for the world to hear this music and where it takes me. It takes a village in this city to break through, and it all starts with the music. I don’t know exactly what next year has in store for us but I know the music is great and this is the best start I can have.

If you could duet with any current artist, who would it be and why?

Thinking about it, three names come to mind because of their artistry and voice: Brad Paisley, Ryan Kinder, and Caylee Hammack.

“Beautifully Broken” is available for pre-order by clicking here.