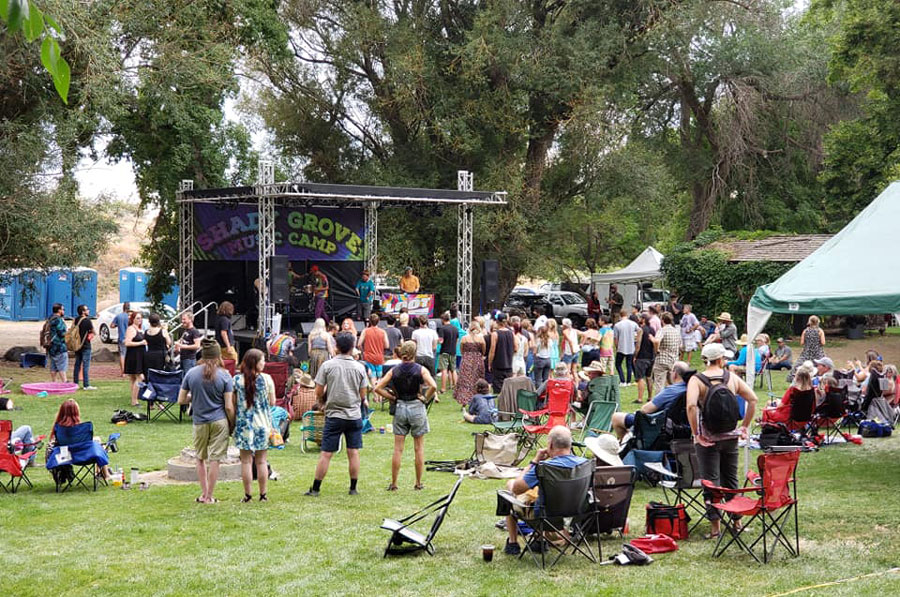 Pocatello’s Shady Grove Music Camp is back with more bands

POCATELLO — For the third time, Shady Grove Music Camp invites everyone to embrace the Eastern Idaho music scene while participating in a weekend celebration.

This will mark the third annual Music Camp, which began in 2019 and returned in 2021 after a COVID-related hiatus in 2020.

Although the event offers everything from beer and food to art and yoga, music is the main focus, according to event co-founder Shelbie Harris.

“People around Pocatello, people in southeast Idaho, are complaining that there’s nothing to do, there’s not much to do,” Harris told EastIdahoNews.com. “We are looking to change that. We also want to give local musicians the opportunity to exhibit their art.

In addition to local musicians who those who have attended in the past are familiar with, Harris said this year Shady Grove will host a popular pair of national acts.

The event will also include performances from over 20 other, mostly local, bands. And what sets this event apart from other similar events in eastern Idaho, Harris said, is that these bands will feature almost entirely original music — with a few covers mixed in here and there.

Shady Grove added a third stage this year to make room for all the musicians and that original sound.

Performances will alternate between the three stages, meaning one group will set up for their performance while another group performs on a separate stage.

“The three stages, new this year, allow us to give roughly 20 hours of non-stop music,” Harris said.

Also, new this year, the Sixes Creative Studio will have its own stage. As Harris explained, three Sixes artists will create a live art installation at the event, open for viewing. The installation will then be kept for display at future music camps.

As has been the case in the past, this event is a “labor of love” for its five founders, Harris said. All revenue generated from this event will be invested in next year’s.

Shady Grove also relies heavily on its many local sponsors and volunteers.

Anyone who volunteers for a shift will receive free entry to the event. Tickets are $25 for a day pass and $35 for a weekend pass.

Buy tickets to the event or follow it on the social media site of your choice here. Volunteer for the event here.