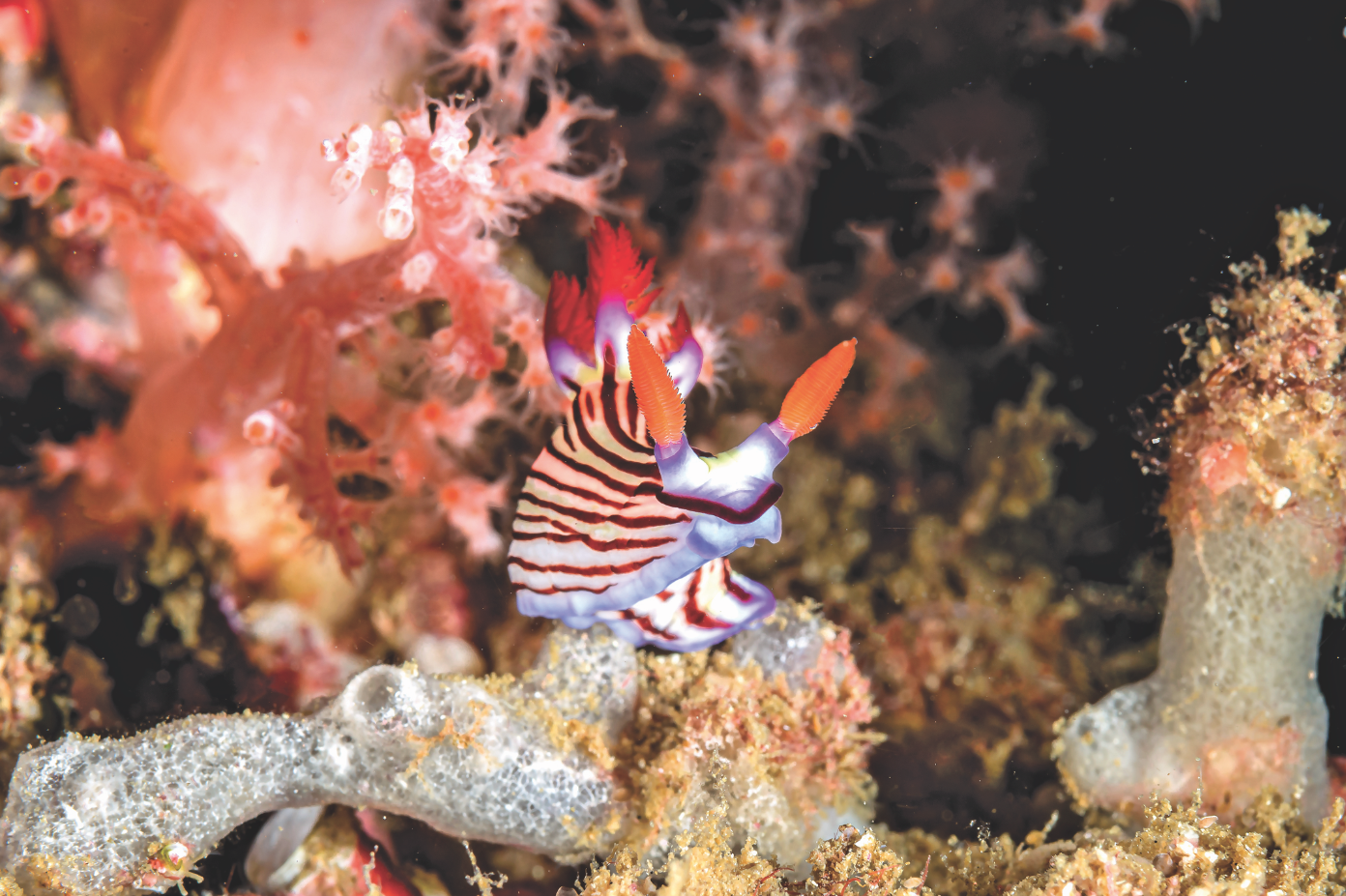 Muscat – A book in preparation for seven years presenting 160 marine species found in the seas of Oman was published earlier this month. Written and photographed by Paul Flandinette and Michel Claereboudt, a book signing ceremony took place with HH Sayyida Tania al Said, president of the Environment Society of Oman, on November 11.

Through 295 photographs spread over 240 pages printed on sustainably sourced paper using water-based inks and varnishes, Secret Seas – Discover Oman’s unique underwater world “illustrates rather than documents” life. rich and diverse navy of the sultanate. The Omran Group is a strategic partner of the project.

The book involved extensive underwater photography, from Musandam and Khasab to the north of Damaniyat, Muscat and Masirah islands to Hallaniyat, Mirbat and Salalah islands at the southern tip of the country.

Flandinette, who led the project, is director of special projects at Brand Infiniti, a media company based in Muscat. Finalist of the Wildlife Photographer of the Year exhibition organized by the Natural History Museum in London, one of his photographs had the distinction of being presented in an exhibition of the Smithsonian Museum on the oceans of the planet in Washington DC.

“Previously a diver, now a diving photographer”, when the idea for the book began to take shape, Flandinette understood that the book needed “scientific rigor”. “I had read about Michel (Claereboudt) and asked him to join me in writing the book. I don’t think anyone knows underwater Oman like him, ”Flandinette said of his co-author.

Associate Professor in the Department of Marine Sciences at Sultan Qaboos University, Claereboudt is an internationally renowned expert on corals and echinoderms – sea urchins, sea cucumbers, starfish, etc. He has been studying the ecology and biology of corals and other reef invertebrates in Omani waters since 1997.

Flandinette and Claereboudt have dived in other parts of the world, and what sets them apart from the diving experience in Oman is the number of fish seen here.

“The numbers for me are incredible. You don’t need to go to the Red Sea or Bali. We have it all the time around us here all the time. You just have to put your nose under water, ”explained Claereboudt.

Secret Seas is divided into chapters dedicated to different groups and families of marine life, including parrotfish; cephalopods; lionfish, lionfish and stonefish; sea ​​turtles; and sharks and rays. A chapter entitled “The Reef” introduces the organisms that live in coral reefs.

Another is devoted to ‘Underwater photography’. “On earth, a photographer tries to stay still to take a clear image. In underwater photography, everything is in constant motion, the subject, the water and the photographer. These can be quite significant challenges. Plus, you have very little time underwater to capture your image. Most species present their own specific challenges in photography, whether because of their small size, like small shrimp, their speed or simply because they move away from the camera, ”said Flandinette.

Due to the nature of the fish and the environmental constraints involved in underwater photography, out of 200 to 300 photographs taken underwater, often only two or three might be usable.

Of the rare marine species seen in the book, Claereboudt said: “Sharks are among the rarest large fishes encountered by divers in Oman today. Common 20 or 30 years ago, the overfishing of these slow-breeding species has reduced their populations to such extremes that it is indeed very rare to be able to observe or even see a shark in its natural environment.

“Mollusc nudibranchs, also known as sea slugs, a name that doesn’t quite do justice to their beauty and colorful patterns, are often both rarely seen and exceptionally beautiful. Several species depicted in Secret Seas have only been seen once on thousands of dives.

A chapter entitled “The Oceans: A Tale of Two Futures” presents a harsh reality. “Since the start of the industrial revolution two hundred years ago, the oceans have absorbed a third of all carbon dioxide produced by human activities. The amount of heat absorbed by the oceans (due to greenhouse gases resulting directly from human activities) is staggering and equivalent to the energy produced by four atomic bombs the size of Hiroshima that explode every second of every day of the world. ‘year. As a result, we have already lost over 50 percent of our coral reefs. ‘

HH Sayyida Tania, who wrote the forward, described Secret Seas as “a wonderful celebration of Oman’s abundant marine environment and a valuable contribution to our awareness, knowledge and appreciation of the marine life of Oman. Oman ”.

When asked how the book would help the conservation efforts of the Environment Society of Oman, she said: “I hope it inspires people to learn more about the captivating world below the surface of our seas. and encourage people to actively participate in the protection of the most fascinating parts of Oman’s natural heritage.

Probably the only photographic book focusing on the country’s marine life, Flandinette hopes that Secret Seas will be a revelation about what there is in Oman in terms of species and marine environment, and inspire people to come and dive here.

“Most importantly, the assets that we have created – the knowledge, the experiences and the images – we want to make them available to Oman to help education in schools, to support knowledge, so that the next generation Omanis are more familiar with the ocean and therefore more likely to want to protect it. We want them to be more aware of their heritage and what they have on their doorstep, “said Flandinette.

Each image in the book contains information about the species photographed, where it was taken, and aperture and shutter speed specifications.