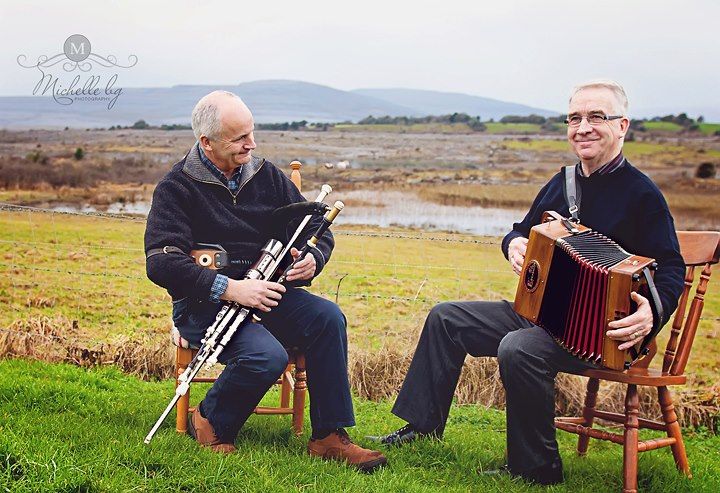 The oral tradition conveying Ireland’s deep cultural and historical heritage is a multi-faceted channel that has long uplifted the morale of the Irish people over the centuries, in good times and in bad times.

In addition to a rich musical canon of songs, the literary and spoken arts such as poetry, prose and drama have long captivated and informed us of the past while providing us with a sense of belonging and awareness of how which they influence who we are as a member of the Irish. nation at home and abroad.

The Shanachies or the storytellers, in particular, have a way to reach the hearts and souls of their audience, provoking emotions that define the very character of the Irish. Some do it through comedies like Eamonn Kelly, Hal Roach or Brendan Grace, and others through more thoughtful recitations or social commentary.

In that last vein comes a new post called I Remember it All available virtually online by a very talented and very name-aware man Oliver O’Connell from the Burren Country of North Clare.

O’Connell is from Fernhill, Lisdoonvarna, the legendary spa town known to many for the Twinning Festival which is usually held in September and has its own colorful heritage.

O’Connell, 73, is one of Banner County’s most ardent advocates one can meet, who has incorporated a lifetime of stories and social commentary into the unique and impressive new autobiography.

He portrays a life of triumphs and sorrows which paints a picture of the Ireland that made him who he is and which will be of great interest to those who share his sensibilities and experiences in some way or d ‘another one. The collection of 18 chapters describing his life ‘as a journey, not a destination’ based on memories stored with care and sensitivity along the way that shaped him as he traveled the same paths from rural Ireland to England and America as it has done many others over the years.

I first met O’Connell and his late wife Maureen when they were part of a large tour group accompanying their young children who happened to be students of Maureen Glynn Cronin Connolly in Ennis, Co. Clare who had succumbed to pancreatic cancer in 1998 not too long after marrying Martin Connolly and moving to Ireland.

Oliver and Maureen were a lovely well-matched couple and lovely dancers, as this tour often attests in 1999. Their young son Michael O’Connell was a drummer in Glynn’s ceili band which we will later know as Blackie. , one of Ireland’s fiery uilleann pipers was greatly influenced by the tradition of travelers, which also became one of Oliver’s areas of expertise.

Tragically, Maureen O’Connell fell ill later that year and cancer claimed another victim long before its time, deeply affecting her grieving husband from the day he died.

We have kept in touch over the years, and because my own parents were from North Clare and the Burren Country and my own forays into this part of Ireland, Oliver’s conversations and observations have always reminded me of the ‘difficult existence around a region which, although it was naturally beautiful, was a difficult environment in which to make a living. Poverty and conditions were third world until the 1970s, but music, song and dance kept a spirit and culture alive to compensate for the grim conditions of everyday life.

O’Connell’s opus is a fascinating personal reflection on his upbringing of North Clare, told in a captivating narrative style, with colorful references to people, places and events in a historical context that has shaped Ireland over the past six decades or so. The trip involved many successful business ventures that also ended badly due to unfortunate choice of partnerships or, worse yet, economic calamity like the banking crisis that sank the Celtic Tiger. The loss of his wife and his own battle with cancer could easily have destroyed him completely.

His own involvement in the traditional music scene around Lisdoonvarna, Doolin, and later Shannon kept hope for himself and increasingly for his talented son Blackie whom he encouraged along the same musical path.

O’Connell has become both an extraordinary connection to an easily forgotten or overlooked Ireland as one of its greatest champions and a keen observer of what it has become for better or for worse at the contemporary period.

I Remember it All is worth researching as an online-only publication via Custys Music Shop at Ennis (www.custys.com) for the wonderful way O’Connell takes us along on his eventful journey to a place. calm acceptance of all this life has thrown its way.

There are lovely musical touches from his longtime comrade Mickey Dunne from Limerick. He’ll be launching it this weekend with Dunne and a number of Clare’s other musician friends at his home in Tubber overlooking the Burren, the site of several summer sessions before the pandemic, and it’ll be available on November 27 on his Facebook page. .

The True Stories Collection makes a wonderful seasonal gift (no worries about supply chain issues here) at â‚¬ 25 for digital copy, especially for the people of Clare and all Irish immigrants who appreciate informed nostalgia with an emphasis on making life a journey and not just a destination.