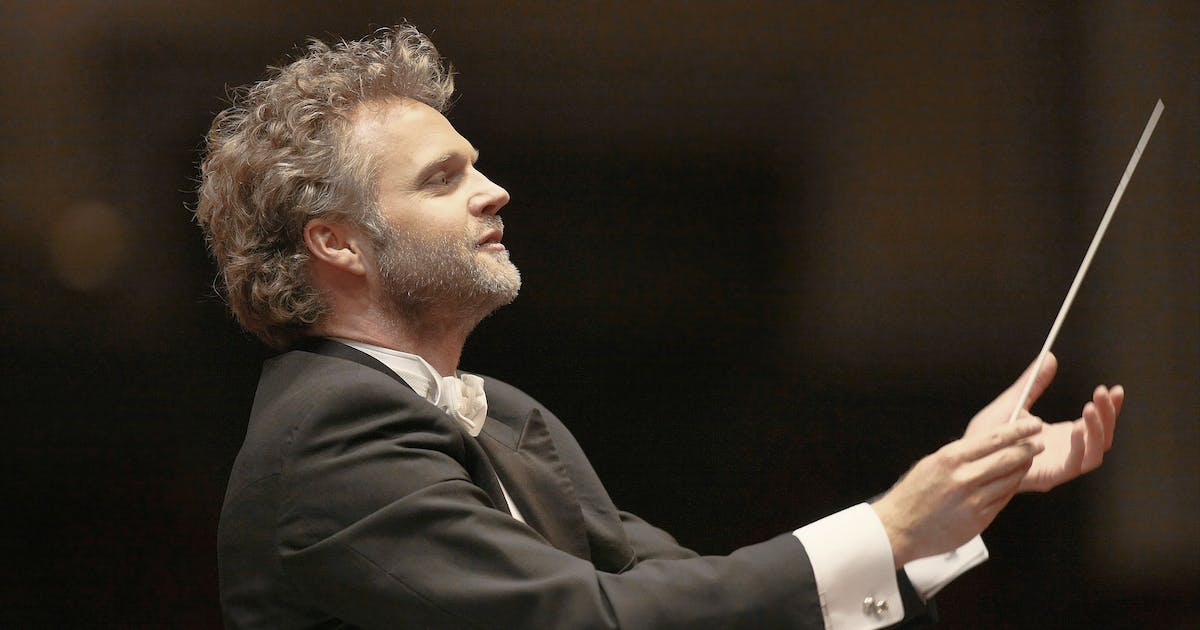 “It was one of the best first impressions I’ve ever had.”

That’s what Thomas Søndergård said of his first rehearsal with the Minnesota Orchestra in December 2021. Many orchestra musicians have since called subsequent performances of Richard Strauss’ symphonic poem “Ein Heldenleben”, the best version of this work they have ever played. .

An April concert of music by Benjamin Britten and Claude Debussy went the same way. Then, at the end of July, the 52-year-old Danish conductor was named the orchestra’s new musical director, succeeding Osmo Vänskä after his 19 years at the helm.

Søndergård won’t take on the job until autumn 2023, but he will return October 20-22 to conduct two early 20th-century orchestral masterpieces of disparate moods, Igor Stravinsky’s ‘Rite of Spring’ and the complete ballet music for “Mother” by Maurice Ravel. Goose.”

When he was introduced to the media and guests on July 29, he was asked how to pronounce his name. He replied that the Danes would say “soh-NEHR-gore”, but the last 11 years conducting orchestras in Wales and Scotland had accustomed him to the more Anglicised “sohn-dare-GARD”.

He escaped the crowds at the Orchestra Hall in Minneapolis that day in July for a half-hour chat with the Star Tribune about what he would like to do in his new job. The interview has been edited for brevity.

Q: It’s been two days since you were introduced to the musicians as the new Music Director. How did you feel at that moment?

A: Of course, exciting. Because after all, they are the ones I will work with the most and create the magic with. And hearing and seeing the enthusiasm there is important.

Q: Let’s talk directory. Are there any composers, living or dead, that you would particularly like to see included in the Minnesota Orchestra lineup?

A: It’s fine if you say alive or dead, because I like to make sure we bring in new music. But [Richard] Strauss and [Sergei] Prokofiev has had a big impact on me over the past five years. In fact, I chose pieces by Prokofiev — symphonies by him, mainly — as first pieces with many orchestras, which is quite important for a conductor. Like it’s “Ein Heldenleben” here. It could have been Sibelius, but for very good reasons it wasn’t. I don’t want to interfere with what Osmo has done [i.e., recording Sibelius’ complete symphonies and other works]. It’s also good for an orchestra to have space before it comes back.

Q: Carl Nielsen? It is a bit to Denmark what Sibelius is to Finland.

A: Absolutely. I’m a bit cautious because I’ve had, unfortunately, experiences where musicians just don’t understand his music. But I think the audience here would love to hear some Nielsen. After all, there are a lot of Scandinavian roots here. In school, we would start a class with two songs, and most of them were by Carl Nielsen. Now that I’ve come to know these songs so well, I see it as melodic. He really knows how to write a beautiful melody.

Q: What about living composers?

A: I would like to look at local composers first. There are also a lot of interesting things happening in Germany: Matthias Pintscher, Jorg Widmann. Then I think it might be interesting to catch some Scandinavian contemporaries. There is a wonderful Swedish composer called B. Tommy Andersson. Then I have my fellow Danes. Bent Sorensen made beautiful music. And Poul Ruders.

Q: Where would you like to take this orchestra on tour?

A: Where don’t I want to take them? I would like to know where their ideas are. Of course, what comes to mind first is that it would be wonderful to bring them to Scandinavia and show what we can do. But then the touring world is not the same as before the pandemic. Environmental awareness, to begin with. Should we take an orchestra to the other side of the world? But, certainly, it would be exciting.

Q: I heard a brass quintet from the orchestra, the Uptown Brass, played at a donor last night, and you surprised them by showing you.

A: It was great to hear some of the horn section. They have such a good spirit when they play together. And Orono was a beautiful place. We had dinner at Wayzata, by the water. It has been wonderful days here.

And great that Andreas [his husband, Swedish baritone Andreas Landin] could come and see where I’m going to spend a lot of time. We can’t wait to come back, especially because Swedish history is huge. So, if I have the courage, we will rent a car and go to some Swedish hubs. I would love to do a Scandinavian festival.

Rob Hubbard is a classical music writer from Twin Cities. He can be contacted at [email protected]