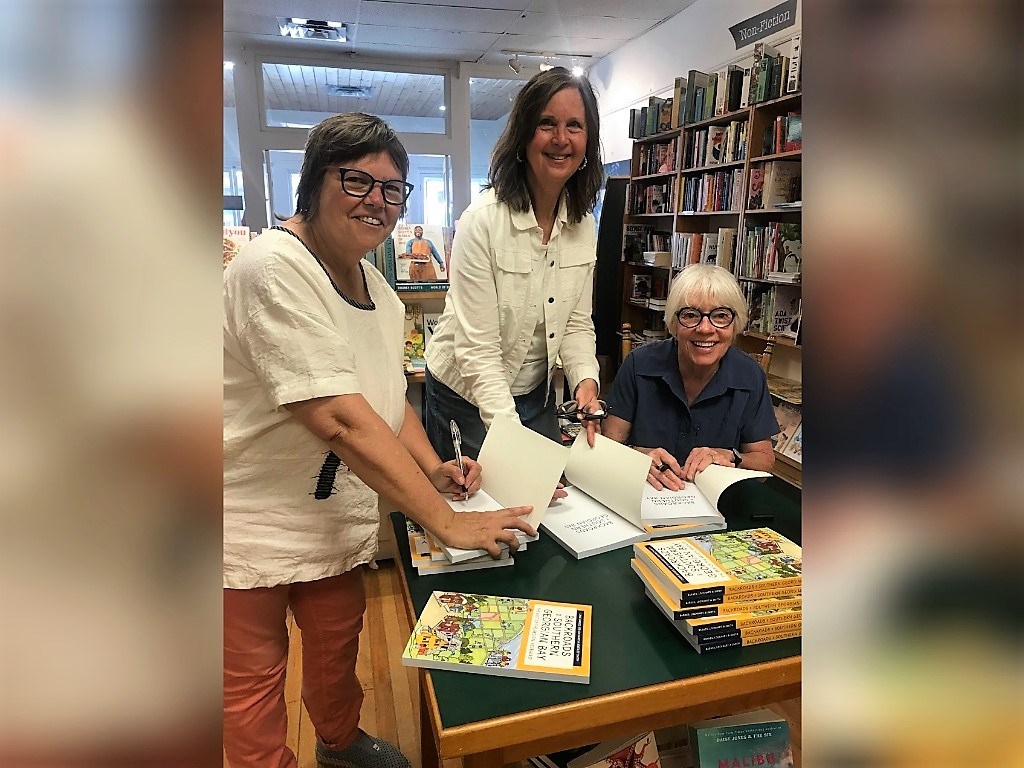 After nearly 30 years, three friends have come together to update their collaborative effort to find the best day trips, and the fruit of their labor is now available for sale.

The trio had already published the book in the 1990s and were inspired to come together again to update the existing routes, maps and recipes and add some new ones.

“It was great fun getting the three of us back together. We are (excited) to bring back a new version of the book,” Barnes said.

Trips include biking along a trail that was once an Ojibwa hunting trail, driving along an explorer’s trade route, and visiting places like Little Egypt, Rob Roy, and Hurlburt’s Landing.

The original 1990s version was self-released by the band.

“I had done some backroading articles for a local magazine. I thought it would be fun for Keri to make recipes and Beverley to make cards and kind of have that vision,” Barnes said. “Fortunately, they both said yes.”

She says the original version of their book ended up on The Globe and Mail’s bestseller list at the time.

Flash forward nearly 30 years, and Barnes said he got a call from Smith.

“She said, ‘There are so many new people in the area, and a lot of the road names have changed. Let’s get the book back,'” Barnes said. people eat has changed. You wouldn’t have kale in a recipe 30 years ago.

Barnes, who lives in Meaford, has visited the southern Georgian Bay region since the age of two and chose it as his forever home nearly 40 years ago. Lockhart lives in Thornbury, while Smith lives in Duncan.

“It’s such a beautiful area. Unless you’re taking the side roads, you don’t necessarily see all of that,” Barnes said.

Of the 11 day trips highlighted in the book, Barnes says his favorite is from Collingwood to Creemore and Dunedin.

“Dunedin is so pretty,” she said. “There’s also one called ‘The Schoolhouse Journey’ too.”

Barnes, Lockhart and Smith will participate in an author conference on September 8 at 7 p.m. at the LE Shore Memorial Library in Thornbury where copies of their book will be available for purchase.

In Collingwood, the book is available at Coriander Life on Hurontario St. and at the Collingwood Museum. It is also available for purchase through Amazon or Indigo.