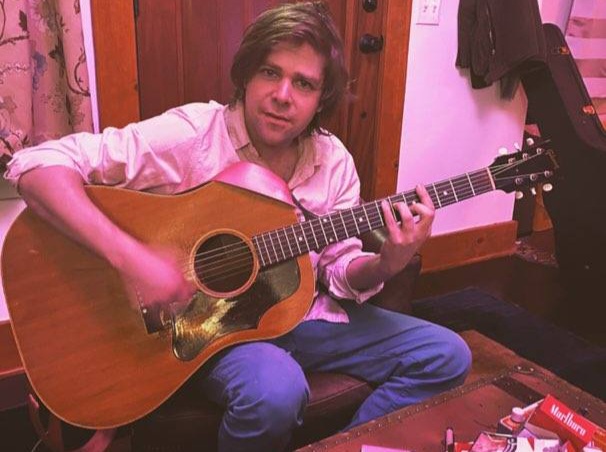 For over 20 years, Ariel Rosenberg, also known by his stage name Ariel Pink, has been embraced in the indie music industry as an enigmatic and imaginative musician who thinks for himself and forges his own path.

But when it was discovered that Rosenberg had been at the rally outside the White House on January 6, 2021, where former President Donald Trump spoke, preceding what mainstream media described as an “insurgency,” Rosenberg – who is pro-Trump – was quickly banned from his global artist community, dropped from his record label, and exiled because of his own worldview.

Now stuck in limbo between ideologies after facing the wrath of left-wing cancel culture, Rosenberg told The Epoch Times he was finding “my place in this new landscape.”

After being one of many caught in the propaganda storm following the events of January 6, Rosenberg compared leftist rage to pit bulls that were kept in a cage for four years with a cardboard cutout of Trump in front of their.

With the help of anti-Trump narratives in the media, Rosenberg said the pit bulls were “foaming at the mouth” as they were put in a pandemic situation for a year, before the door opened. .

“That’s when they tore Trump and everyone who supported Trump to shreds,” Rosenberg said. “Everyone has been abused.

Rosenberg, a native of Los Angeles, began recording songs in high school on a home multitrack recorder. In 1997 he entered the California Institute of the Arts, where he recorded earlier work that was later covered and won him critical acclaim, which began his career.

“I’m a big fan of different types of music. This is how I oriented myself in the world and was able to understand the 20e century through it, so [I] I just wanted to make music for myself and people like me,” Rosenberg said.

As a fan, Rosenberg was never discouraged by the beliefs and opinions of an artist he had studied, he said.

Being one of the few Trump supporters in Hollywood was what Rosenberg described as “super weird.”

“What does it mean when no one can openly say they’re pro-Trump in this city, in any city, or in any industry?” He asked. “I just think it’s very strange that I find myself so alone in how I feel politically.”

At the Trump rally outside the White House on Jan. 6, Rosenberg said he felt less alone.

“It was beautiful to be surrounded by so many patriots gathered in one place,” Rosenberg said. “It was refreshing to have a pro-American president. People really like the guy, and I saw that in full on January 6.

Rosenberg said he had always been anti-establishment and believed the Republican and Democratic parties were equal in their corruption. But Trump, while running on the Republican ticket, was bringing a new message, he said.

It wasn’t just Trump, however, who caught Rosenberg’s attention. Media that criticized Trump suspiciously left Rosenberg thinking there might be more to the real estate mogul’s story, he said.

“The most striking thing for me was campaign coverage in 2015 when the media unmasked themselves as one-party payola,” Rosenberg said. “It became painfully clear that the media was in tune with the Democratic Party.”

Although he returned to his hotel after Trump had finished speaking at the White House, more than 200 news articles, mostly those from the music industry, were published in the following days, attempting to link Rosenberg to the events on the US Capitol, which ultimately led to his label dropping him.

“I’ve been trying to get out of this trash can they threw me in for a year and a half,” he said. “Everyone who was in DC that day was fair game, and that goes to the heart of media ethics and what they’re willing to do to get what they want.”

In an article for The Epoch Times titled “The Limits of Calls to ‘Cancel Culture,'” columnist Josh Hammer says cancel culture is a form of ostracism that seeks to remove a person from “social media, other media and the public square more broadly – for offending the ever-shifting sensibilities of a self-proclaimed thought-policing clergy.

Even now, more than a year later, when someone asks Rosenberg to play a festival or participate in a public event, he says he has no hope, because somewhere between the invitation and the next day another person will step in and say “No”.

“Then there’s the pathetic comeback,” he said. “It happens every time. I’m used to it now.”

The Jan. 6 committee hearings are nonsensical theater, Rosenberg said, perpetuating a myth that the Democratic Party is trying to spin Trump and his supporters by portraying them as domestic terrorists run by a crook, he added. .

“I don’t think they’ve ever really gotten over Trump’s victory, so they’re dragging this grandstanding and mockery,” he said. “I don’t think there’s really a single talking point that will survive this.”

Rosenberg said the country had taken a “dark detour” and it would take large-scale national humility and acknowledgment of wrongdoing to put it back on a brighter path.

“There was a very intentional lever pulled after Trump stripped the wizard and showed what was going on behind the scenes. Basically everything changed at that time in all areas,” he said. “There was a moment of madness. It’s sinister and diabolical, and it’s very clear that it’s coordinated.

Today, Rosenberg said he’s just grateful for the career he’s had in music.

“It is a chapter that is closed. I don’t know what’s next,” he said. “I will definitely make music forever. The question is whether it will be shared with an audience.

Older now and with a family, Rosenberg said he’s come to a new stage.

“It’s like going back to where it all started and making music without an audience in mind,” Rosenberg said.

Hopeful for the future, he said he believed his best work was ahead of him.

“I didn’t really expect to become famous, but after years of hard work, I got some attention and it was an amazing experience,” Rosenberg said. “Fortunately, it didn’t completely go to my head. I no longer want to be seen. I think I got that out of my system.

In order for Rosenberg to move forward, he said he needed to come to terms with whatever had happened through forgiveness.

“It can be debilitating to have this bad feeling hanging over me,” Rosenberg said.

It’s hard for people to get over anger and accept and forgive themselves, he said. But on a national level, the country will continue to spin its wheels until there is some atonement, he said.

“We all walk down dark paths and make mistakes,” he said.

While Rosenberg said there are Deep State “slow creatures” embedded in the government that need to be held up for an international trial and sent to prison, he also said that is the job of the people who have been divided by fraudulent accounts of finding ways back to each other.

“There has to be something positive like this to happen,” he said. “It takes a little common sense.”

2022-06-22
Previous Post: Sanya Malhotra discusses the paradigm shift in the portrayal of women in film and her upcoming releases-Entertainment News, Firstpost
Next Post: Woman of the “Renaissance”: Bluegrass artist Valerie Smith goes her own way | Music