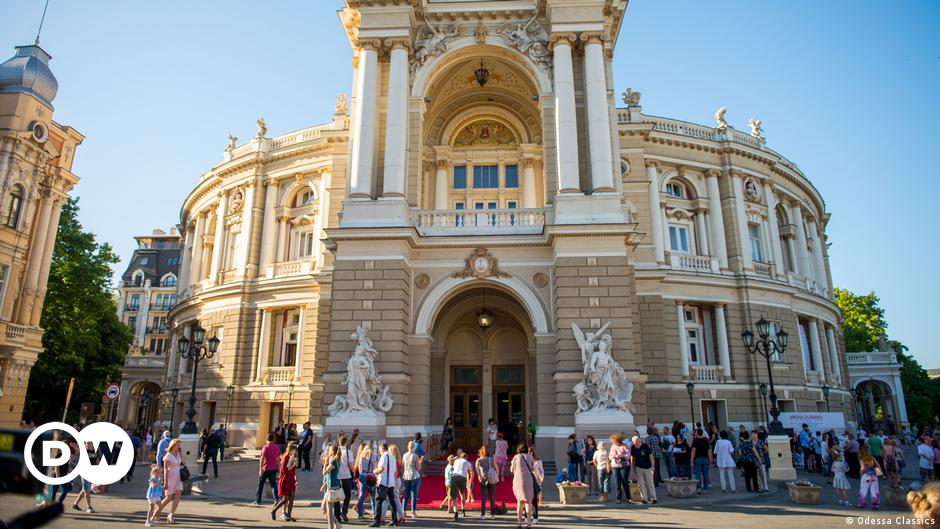 Odessa, the city nicknamed the Pearl of the Black Sea, has been an important cultural capital for centuries.

This summer, many artists from around the world had planned to make the pilgrimage to the Ukrainian city for the Odessa Classics summer festival. But the Russian invasion of Ukraine forced the festival to move to venues in Tallinn, Estonia and Thessaloniki, Greece in May and June.

For star violinist and artist-in-residence Daniel Hope, the show must go on. As president of the Beethoven-Haus in Bonn, he co-initiated the “Hope for Peace” project, a series of seven benefit concerts which will take place at the Beethoven-Haus from July 5 to August 23.

“For many years I played at the wonderful Odessa Classics music festival, a place that symbolizes the connection between Europe and Asia,” he said of the importance of the festival. Hope’s mentor, violinist Zakhar Bron, was also trained in Odessa.

Internationally renowned artists who have already performed in Odessa or were scheduled to perform this summer will perform in Bonn, including violinists Michael Barenboim and Pinchas Zukerman, and baritone Thomas Hampson. Daniel Hope will also perform alongside future Ukrainian musicians.

Impressions from the Odessa Classics Festival in 2019

Festival a response to the annexation of Crimea

“I believe that the concert series in Bonn is not only a great symbol of solidarity with Ukraine, but also a very exciting and multifaceted cultural project,” he told DW.

Highlighting the significance of the event during the current Russian invasion, he recalls how the festival was founded in response to Russia’s 2014 takeover of Crimea, located near Odessa on the Black Sea.

“We established Odessa Classics as a European festival for a European city, which was and remains our Odessa,” Botvinov told DW. “It was our response to the annexation of Crimea in 2014.”

Botvinov, considered one of composer Sergei Rachmaninoff’s finest interpreters, has now left Ukraine with his family.

“Like many Ukrainian musicians, I was forced to leave my homeland because of the terrible Russian aggression against my country,” he said. “I try to do everything I can as an artist and take every concert opportunity to raise awareness about the injustice that is happening in Ukraine right now.”

The director of the Beethoven House and Archive, Malte Boecker, is another co-initiator of the Odessa Classics benefit concert series in Bonn.

“We understand the symbolic significance it has as a cultural city in Ukraine,” Boecker said of Odessa.

“We can clarify that one dimension of this conflict is also cultural understanding,” he added. “If an entire festival is silenced there, we have a responsibility to show artists a perspective.”

In addition to the emergency aid program already launched at the beginning of March as part of the Hope for Peace project, Beethoven-Haus provides accommodation for refugees.

“In this way, we want to enable refugee artists to continue working artistically or academically in Bonn and to carry out projects that build cultural bridges,” Boecker said. 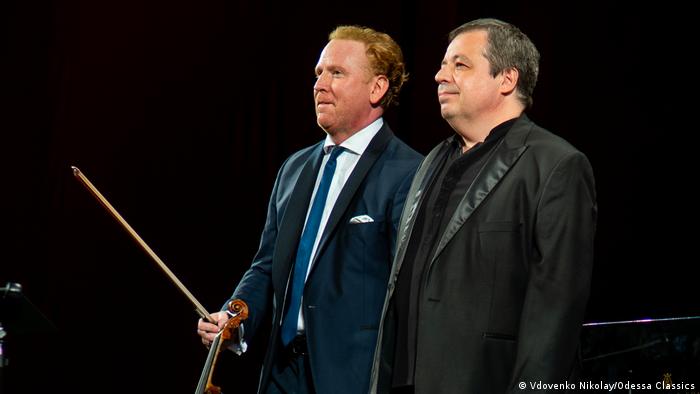 “Part of this resistance”

Among the scholarship recipients is Anastasia Verveiko, a young theater director from Luhansk who fled Kyiv.

“These extremely difficult times are shaping Ukraine’s identity,” said the 25-year-old. “We are proud to be part of this resistance”, adding that the Ukrainians also defended Europe and their “common values”.

“The possibility of continuing to live and develop our culture, also here in Bonn, thanks to the Beethovenhaus, is part of this struggle,” she added.

“We hope so much that one day we will meet again in beautiful Odessa,” Botvinov told DW. “Unfortunately, that won’t be possible any time soon. Now our task is to preserve our culture in another place.”

This article was originally written in German.