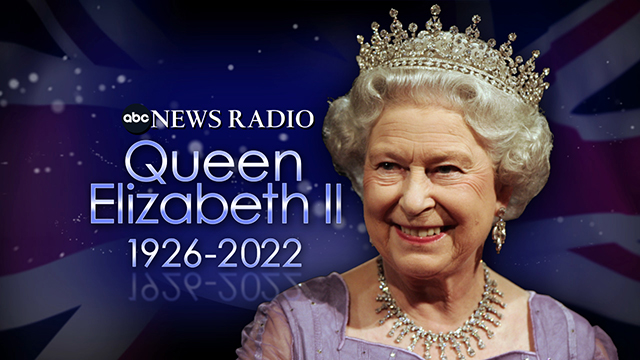 Members of the music community share their thoughts on the passing of Queen Elizabeth IIthe longest-reigning monarch in British history, who died aged 96 on Thursday. Here are the reactions of some veteran artists:

The rolling stones“The Rolling Stones extend their deepest sympathy to the Royal Family on the passing of Her Majesty Queen Elizabeth II, who was a constant presence in their lives as in countless others.”

Mick Jagger: “All my life, Her Majesty, Queen Elizabeth II has always been there. In my childhood, I remember watching the highlights of her marriage on television. I remember her as a beautiful young wife, from the nation’s beloved grandmother. My deepest condolences go out to the Royal Family.

Ringo Star: “May God bless the peace and love of Queen Elizabeth to all the family.”

Duran Duran“Her Majesty The Queen has presided over the United Kingdom longer than any other British monarch. She has dedicated her life to the people and set an extraordinary example to the world throughout her reign. She has seen change that goes beyond this than any of us can imagine. She has faced challenges that she has faced time and time again. Her life has been remarkable in so many ways. She will be missed by all of us and we are grateful for the incredible service she has returned to the British people and to the countries of the Commonwealth.

Annie Lennox“I think she’s done an incredible job of staying on course throughout the extraordinary events of her reign and her life. Whether you’re pro or anti-monarchy, there’s no doubt that she’s totally fulfilled her functions par excellence until a few days before his death… Britain has lost one of its most remarkable monarchs, who I doubt will ever be seen again.”

Def Leppardit is Joe Elliot“Dignity. If there is one word to describe this wonderful lady and monarch, it is dignity. We will never see this kind of thing again. unmatched anywhere and by anyone Thank you Your Majesty for a lifetime of fond memories and leadership.

Janet Jackson: “May you rest in peace Queen.”

Barbra Streisand: Sad to learn of the death of Queen Elizabeth II. She was a constant for all of us. Respected around the world. May she rest in peace.

Dionne Warwick: “The transition of the Queen of England saddens me as I had the opportunity to meet her and play for her. She graciously welcomed me with knowledge of my recordings naming I Say A Little Prayer as a favorite Condolences to his family and to the citizens of the United Kingdom.

Ozzy Osbourne“I mourn with my country the passing of our greatest Queen. With a heavy heart I say it devastates the thought of England without Queen Elizabeth II.

Sharon Osbourne“Rest in Peace Queen Elizabeth ll. The embodiment of strength, dignity and unwavering commitment to her vow. May you rest in peace with His Royal Highness Prince Philip, Duke of Edinburgh. Long live the king.”