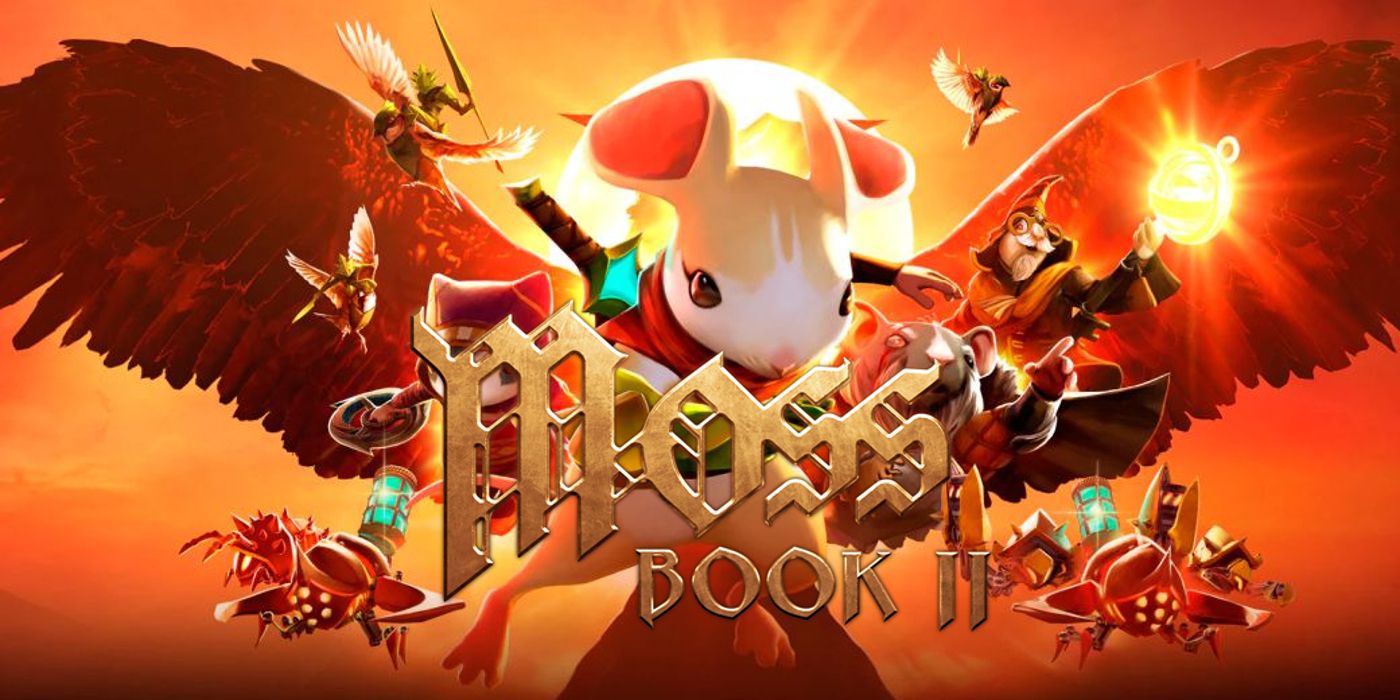 Moss: Book 2 is an exciting and moving adventure that sees Quill and the Reader return to finish what they started and stop the Arcane.

Polyarc offers a great adventure and a poignant story in Moss: Book 2. The game originally released on PSVR in March 2022, and it’s coming to Meta Quest 2 on July 21, 2022. This sequel continues Quill’s story after the fall of Sarffog and provides much more insight into the Moss’ story and the Arcane Plans. As the story progresses, Quill and the reader will meet new and recurring characters, strengthen their bond, and battle the monsters that threaten to wipe out life as they know it.

Moss: Book 2 picks up where the first game left off. Quill and the Reader arrived at the castle after defeating the giant snake that kidnapped Argus. Once Quill reunites with his uncle, they begin to hatch a plan to stop the Arcane by defeating the rest of Sarffog’s strongest allies. Throughout the story, the bond between Quill and the Reader is tested as they attempt to face a variety of formidable foes. This sequel has higher stakes, a much bigger adventure, and emotional moments that enhance immersion.

Related: Games Like BOTW To Play While Waiting For Breath of the Wild 2

The reader begins by turning the pages of a book, and after each step more of the book is told in cutscenes. However, most of this Inspired by Zelda The game takes place in diorama-style rooms with the player looking inside and Quill moving through them. Each room has a puzzle to solve, and many of them also include combat encounters. As you progress, Quill will receive new powers that will give him and the player different ways to interact with the pieces. Throughout the game, there are also collectibles to find, as well as cosmetics to change Quill’s look. Quill and Reader movement controls are very intuitive on the Meta Quest 2, and the transitions between the staff piece make playing very comfortable.

Moss: Book 2 has much the same controls as the first game. The player can interact with the environment, and Quill physically walks through each stage. The button layout on the Meta Quest 2 is simple and it is easy to control Quill and the Reader simultaneously. Each level is carefully crafted with lots of subtle detail, and the environments Quill visits range from hard-packed snow in the mountains to beautiful sunny gardens. There are also different types of enemies and several combat upgrades, including new weapons.

All weapons feel completely unique in battle as Quill’s attacks, combos, and speed will change for each. Additionally, some enemies will only take damage from a specific weapon. Each weapon can also be used to interact with the environment in different ways, and as more are unlocked the puzzles become more complex. There is a good balance between combat and puzzles in Moss: Book 2but, overall, the environmental challenges are more difficult than combat and boss fights.

There are many interactions the reader can have with Quill and other characters. The way Polyarc includes the player as their own in-game character creates a lot of emotional investment in the fate of Quill and all of Moss. The visuals and background music also enhance the story by setting the tone based on the emotion of the scene. This is especially true for boss fights, which are very intense with the Reader and Quill both fighting at the same time.

There are some tough boss fights in Moss: Book 2, as well as challenging puzzles to solve. Although the game can be challenging at times, the difficulty is just enough to keep things interesting without causing frustration. The puzzles and battles get progressively more difficult at a pace that makes players easier. With more boss fights, different environments and new weapons, Moss: Book 2 is a fantastic game, and it’s a worthy sequel to Polyarc’s much-loved debut title.

Next: Every Way Tunic Is (And Isn’t) Like The Legend Of Zelda

Moss: Book 2 is available for PSVR and Meta Quest 2. Screen Rant received a Meta Quest 2 digital download code for the purposes of this review.

Jamie K. Russo is a Senior Writer for Screen Rant who has been writing reviews, guides, and features for the games section since 2021. She holds an MFA in Creative Writing and a BFA in Computer Animation from the Full Sail University. Jamie is an avid gamer with a particularly strong love for action-adventure and horror games. She started playing video games with her family when she was three years old and has let her love for them guide her ambitions ever since. Jamie has always loved games and is obsessed with finding every collectible and easter egg to find. She grew up on Long Island but has since moved to a rural part of Pennsylvania where she happily resides as a cat player. Alongside her work at Screen Rant, Jamie is a published novelist, screenwriter and future short film producer who plans to continue sharing her creative visions with as many people as possible.