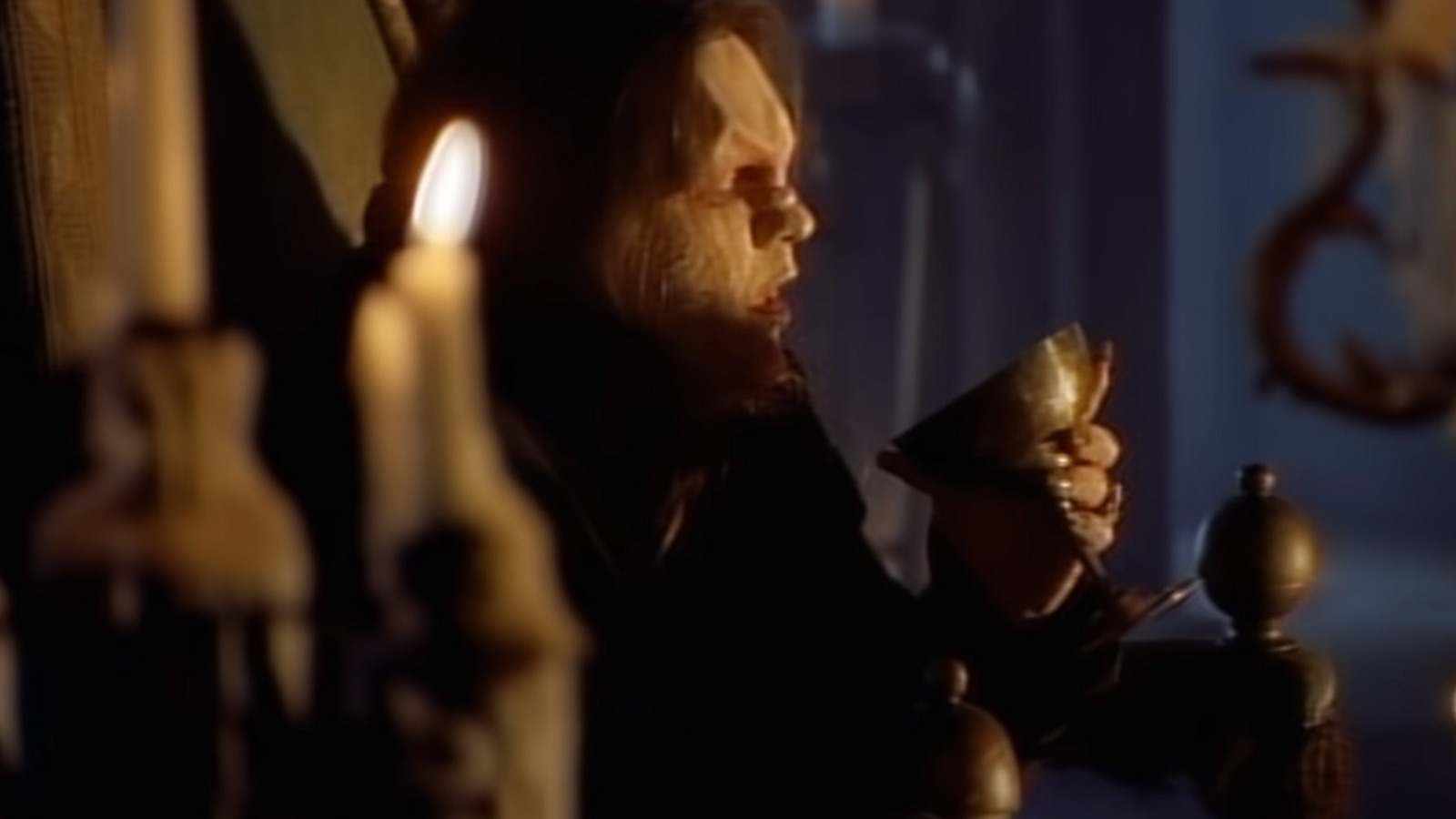 In the video, Meat Loaf plays the Beast, a Phantom of the Opera/Dracula character who lurks around his decrepit mansion and lusts after a beautiful woman (Dana Patrick) whom he finds in a garden. There are some similarities to the Dracula story both in the garden and in a trio of female vampires crawling out of bed and on top of the Beast’s bride, but otherwise he seems to be his own character. He is chased by the police into the entrance to his cemetery mansion, where one of them is killed when Meat Loaf knocks a chandelier over him. The rest of the video follows the Beast and his beauty as they fall in love, with the Beast using magic to really impress him. In the end, she kisses him and he becomes a human man again, then they disappear into the night.

At this point in my life, I had already seen the Disney version of “Beauty and the Beast”, so the tragic romance of a beastly man and a beautiful woman was already something I understood. The whimsical, gothic atmosphere of the music video was something else though, and I loved it. There was no singing silverware, no bright colors, only a man haunted by his own loneliness and full of candles. What interested me most about the story, however, was how it tied into the song. The lyrics “I’d do anything for love, but I won’t do this” were a headache, but the clip seemed to say that the thing he couldn’t do was turn his love into a vampire. The idea of ​​an immortal person loving someone so much they couldn’t bear to curse them with immortality ignited my young mind and sent me in search of any type of vampire or monster fiction that I could devour. From “Bunnicula” in elementary school to the works of Anne Rice in middle school and high school, I became obsessed with supernatural stories. I started writing my own vampire stories in third grade, and that led me to write other things. In a way, my early love for supernatural fiction led me to become a writer, and that’s why I’m here, doing this, now.