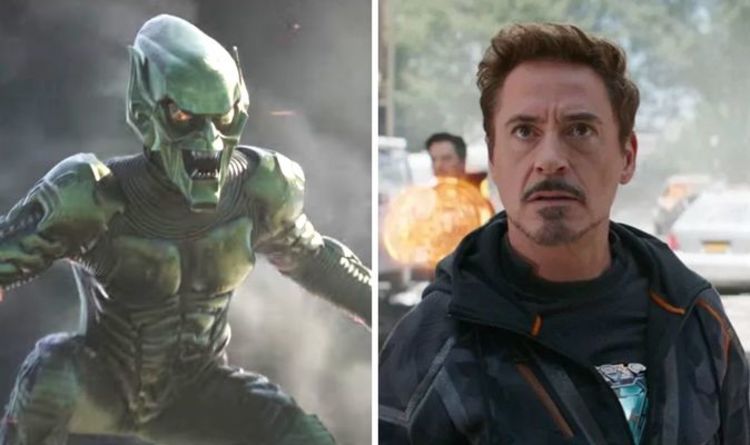 In 2021, two Marvel stories explored the concept of the multiverse, Disney Plus’ Loki and Spider-Man: No Way Home. In the first instance, Tom Hiddleston’s God of Mischief has encountered various versions of himself, all from weird and wonderful worlds beyond imagination. The same goes for the webhead, who was swinging the streets of New York recently with two other Spider-Men. In the Norse God series, the concept of variants was introduced – the same person from a different universe. Some are slightly different (President Loki), and some are extremely strange (Alligator Loki). With this new logic, that means every MCU hero is one variant in an endless sea of ​​different people. An audience member thinks Tony Stark is part of an iconic villain – Norman Osborn aka Green Goblin, and there’s plenty of evidence to prove it.

Stark and Osborn have more in common than meets the eye. They are both CEOs of billion dollar tech companies. They specialize in military weaponry – each builds a power suit. The companies are also based in New York (at least for a while), with Stark Tower erected at Avengers Assemble and Oscorp operating out of The Big Apple.

The couple both play significant roles in Peter Parker’s life, assuming a position as father figures to the young web crawler. Back in Spider-Man from 2002, Osborn even says, “Give me your hand. Believe in me, as I believed in you. I’ve been like a father to you…be a son to me now. In turn, Stark’s death hit Peter hard, leading him to become the freelance hero audiences have been waiting for at the end of Now Way Home.

The theory was offered by user food_ad on Reddit, who added, “This theory kinda makes sense like in Spider-Man: No Way Home, Norman says someone else living in his house and Oscorp doesn’t exist. Or maybe it does? Maybe it’s called Stark Industries in this universe? (sic)

While the theory is a completely original idea that doesn’t stem from the comic book source material, it’s definitely a possibility. Spider-Man and Osborn are inextricably linked in the comics, so it’s weird that Oscorp doesn’t exist in the MCU. Stark Industries being this world’s version would help explain the gap in lore.

If this theory is true, Stark should be an Osborn who chose a better path in life, one that didn’t lead to him experimenting with super-soldier serums like his counterpart did. When the Green Goblin tested his chemicals on himself, that’s what turned him into the twisted and broken shadow of his old identity.

It’s likely that Iron Man never wanted to do research on serums because of what happened to his father, Howard Stark. During the events of Captain America: The First Avenger, the Allied Forces successfully developed a way to create the Star-Spangled Man. However, a Hydra agent infiltrated the proceedings, detonating a bomb that killed Howard in the process. His son would probably want to avoid following the same path because of this.

However, not all fans agree, with another pointing out that there are probably too many differences between Stark and Osborn to be true variations of each other. User pen15_parker commented, “I’m pretty sure your variant must have the same or similar identity to you, so no. But I bet there are universes where Tony and Norman are business partners.

Still, asappjay added, “Both are father figures to Peter, both are archetypes that need to be slain for Spider-Man to fulfill his potential…you might be onto something.” While seancurry1 wrote, “I like it, as long as we clarify it’s only in the movies. If the comics are part of the MCU’s multiverse, that doesn’t hold up either. And to be clear, I don’t know if they still are.

Now that the MCU’s Peter has met the Green Goblin, the question arises as to whether Osborn will appear in future films. Sony producer Amy Pascal has teased a new trilogy starring Tom Holland, inevitably leading to him encountering new villains. A future Marvel/Disney Oscorp would look very different from the source material, as it would be a new venture, without the decades of history behind it.

DO NOT MISS…
Dr Strange in the Multiverse of Madness Trailer Teases New Characters [INSIGHT]
Where Vincent D’Onofrio’s Kingpin Could Appear Next In Marvel Shows [MARVEL]
Julie Christie at 80: Tribute to Doctor Zhivago Omar Sharif [INSIGHT]

Another fan had his idea of ​​how he could be introduced, suggesting that Osborn would be a young friend of Peter’s and not his son Harry. Jiraiya_sensei explained, “Personally, I think that instead of Harry, Norman will be Peter’s best friend. I think they are going to live together at university, and both want to do something in the field of science and technology. So I think Peter will help Norman create Oscorp and knowing what he knows about Norman, will try to stop him from going evil. It would also explain how Peter would get his hands on technology to create better costumes, gadgets, etc. in the future. Then, once they’re more established, Peter could persuade Norman to give Ned a job there and maybe Ned will enter the Green Goblin Serum by accident – becoming the Hobgoblin in the process.

The fan refers to how Peter’s friend Ned becomes an alternate version of Green Goblin in the comics – Hobgoblin. It would definitely be a whole new spin on the characters from the movies. There is even a configuration for this in No Way Home.

As the three Peters develop the various cures for their respective villains, Ned discovers that one of the defining moments in Spider-Man’s life is when his best friend becomes evil and he must stop them, often resulting in their deaths. In response, he turns to his Peter and says, “I promise I won’t get mean and try to kill you.” It may have been a joke, but it could be a sign of things to come.