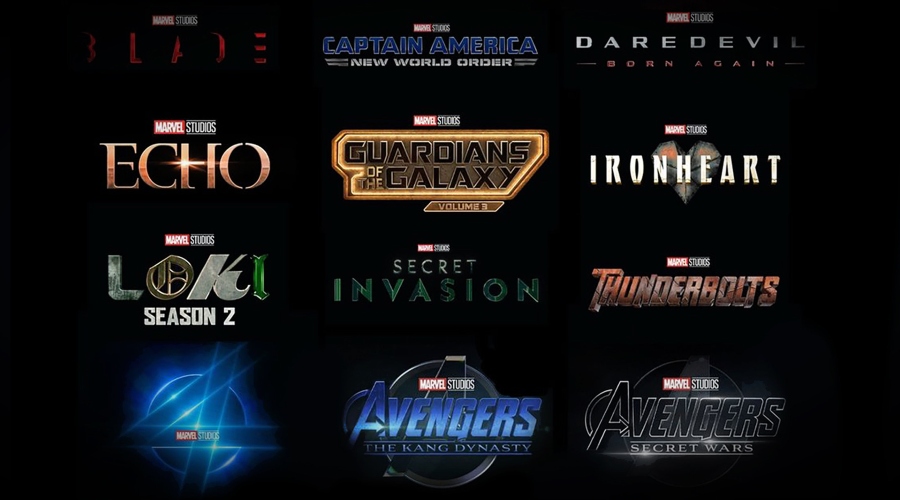 Marvel has announced several new shows and movies in the multiverse saga! Here’s everything you need to know

MCU fans had plenty to rejoice when Marvel Studios President Kevin Feige introduced The Multiverse Saga at the recent San Diego Comic-Con. It consists of all upcoming Disney+ movies and shows from Phases Four, Five, and Six. Fans got a glimpse of his development slate during his star-studded presentation, and it looks exciting! Some of them are dropping this year and others between 2023 and 2025, including two Avengers movies that will wrap up the multiverse saga in 2025. We get it; it’s hard to keep up with this information overload. If you’re having trouble navigating the current phase or what the term “phase” means in the Marvel Cinematic Universe, we’re breaking it down for you ahead of time.

Pay attention – every Marvel movie and TV show is linked to one another, like a chapter in a book. These chapters are called “phases”. Three phases make a saga. The Infinity Saga ended with The Avengers: Endgame, which also ended Phase 3. Are you continuing? Great. Now, we’re already in The Multiverse Saga, which means Phase 4 is already underway. ICYMI, Phase 4 began with Disney+ shows WandaVision, Loki, The Falcon and the Winter Soldier, and Hawkeye, interspersed with Black Widow movies, Spider-Man: No Way Home, Doctor Strange in the Multiverse of Madness, and Thor: Love & Thunder. Next is the Ms. Marvel show and the upcoming I Am Groot and She-Hulk series. It will close with the theatrical release of Black Panther: Wakanda Forever.

Going forward, we’ll continue to dig a little deeper into upcoming shows and movies through all three phases and beyond.

I am Groot (series)

The hero of a few words returns in the collection of five original shorts. The series follows the life of Baby Groot from the Guardians of the Galaxy, navigating his “glory days as he grows up and gets into trouble, among the stars”.

It’s been over a decade since we’ve had a solo Hulk movie. Now we finally have a show, but it doesn’t focus on Bruce Banner. Instead, it follows the life of his cousin Jennifer Walters. Orphan Black star Tatiana Maslany will play the green goliath in the upcoming She-Hulk, an accomplished lawyer who, after receiving an emergency blood transfusion from Bruce, transforms into a green superhero. Jameela Jamil, Ginger Gonzaga and Renée Elise Goldsberry also join the cast, in addition to Mark Ruffalo. And the end of the trailer also gives a glimpse of Daredevil’s appearance. Exciting, certainly!

There’s an untitled Halloween special due out this year. It could be inspired by the comic strip Warewolf by Night. We literally have no idea, but can you feel the excitement?

It’s going to be extremely difficult to watch this movie without Chadwick Boseman. Nothing has been officially said about who will be the next Black Panther. But it must be said that the first teaser of Black Panther: Wakanda Forever pays a heartbreaking but beautiful tribute to the late actor. It shows the disappearance of T’challa (Chadwick) and seems to give him an almost perfect send-off. You also see characters from the first movie in the teaser. Black Panther 2 will mark the end of phase 4.

Guardians of the Galaxy Holiday Special

Writer/director James Gunn has confirmed that this special takes place between the events of Thor: Love and Thunder and the third Guardians movie. It will contain details leading up to the theft. 3.

Released during the 2022 holiday season

Ant-Man and the Wasp: Quantumania

Kickstarting Phase Five is the next highly anticipated Ant-Man movie due to its impact on the multiverse. Paul Rudd’s Scott Lang is currently relishing the moment of being one of the heroes who saved the world. But that all flies out the window when his daughter Cassie follows in his criminal footsteps. He takes her under his wing and Cassie finds herself on an Ant-Man and the Wasp adventure with the entire Pym-Van Dyne family stuck in the Quantum Realm. But what is interesting is that this film will feature the new villain, Kang the Conqueror aka MODOK, played by Jonathan Majors. We were first introduced to Majors’ He Who Remains at the end of Loki who claimed to have paved the way for all events thus far. Kang is one of the variants of He Who Remains and is believed to be the next Thanos-level threat. 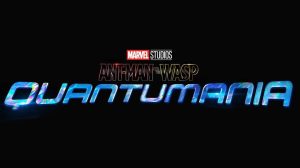 This new season will feature heroes and villains from the multiversal realities of the MCU like Captain Carter, Steve Rogers as Iron Man, Black Widow, Thor Ragnarok’s Hela, Young Star-Lord and Ego, The Scarlet Witch, Mandarin, among others. The preview also showed Thanos fighting Captain America from Infinity War. So expect “What if?” interesting. scenarios for sure.

Do you miss Nicky Fury? Then you’ll be happy to know he’s getting his own series with Samuel L Jackson reprising his role. Ben Mendelsohn will play the shape-shifting Skrull Talos. Together, the duo will battle a cult of evil Skrulls hiding on Earth and infiltrating life on the planet.

Guardians of the Galaxy: Vol. 3

This film marks the end of the Guardians trilogy. During Comic-Con, it was revealed that Maria Bakalova is the person behind Cosmo the Spacedog. The preview shows Chris Pratt’s Peter Quill/Star-Lord approaching Gamora, leader of the Ravagers. But Gamora reminds him that she is not the Gamora he fell in love with. A big boy Groot is also there alongside baby Rocket Raccoon. The trailer ends with the question of where Rocket came from.

Alexa Cox made her debut as Maya Lopez in the Disney+ series Hawkeye. Maya is Kingpin’s adopted daughter and has long been associated with Daredevil. She’s a deaf assassin with a knack for picking up on her opponent’s fighting styles and will now get her standalone streak through Echo. The story sees her leaving New York to reconnect with the native parts of her family, but a new crisis interrupts this reunion.

We already knew that Loki would be returning for Season 2. However, no official details are yet known except for his release, which is slated for next year.

If you’ve ever watched Iman Vellani star Ms. Marvel, then you know the end credits scene which shows Kamala Khan disappearing after her jingle bracelet and Carol Danvers aka Captain Marvel (Brie Larson) makes an appearance in her place. . The scene was prep for the upcoming The Marvels movie which will star the stars with Teyonah Parris as the adult Monica Rambeau. 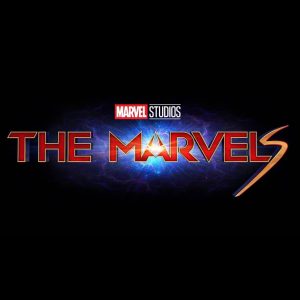 Dominique Thorne’s Riri Williams Black Panther will be Marvel’s Ironheart, a genius tech investor who creates the most advanced armor since Iron Man. The recent teaser of Black Panther: Wakanda Forever already shows a glimpse of Riri building her super suit. According to the comics, Williams is an engineering prodigy who uses Stark’s digitized consciousness as an AI to teach him how to be the best Ironheart he can be. With the suit, she can fire impulse grenades, laser beams, precision missiles and much more.

Mahershala Ali takes on the role of Blade which will return to the big screen next year. As of now, audiences have only been introduced to Blade’s voice in Eternals. So we’re waiting for more details on what’s to come.

Fans loved Kathryn Hahn playing villainous Agatha Harkness on WandaVision. She is ready to have her own show, Agatha: Coven of Chaos, which is a spin-off series.

Since Charlie Cox appeared as Matt Murdock in Spider-Man: No Coming Home and Vincent D’Onofrio reprized his role as Kingpin in Hawk Eye, it has become clear that Marvel intends to recover Daredevil. And the news was confirmed at San Diego Comic-Con. The recent trailer for She-Hulk hints of Daredevil’s appearance too as the ending showed a man in Daredevil’s costume. Will it be a buildup of his standalone series? We will know soon.

Just after the final episode of Captain America and the Winter Soldier aired, news broke that Anthony Mackie would be returning as Captain America in a new movie. The film will follow Sam Wilson’s journey as Cap and how he fills the shoes of the iconic hero in a world recovering from the Blip.

Apparently Marvel has been in contact with already established MCU actors to be available to film Thunderbolts in the summer of 2023. The comics portray the Thunderbolts as a group of anti-heroes. From the comics, characters on board are said to include team founder Baron Zemo (Daniel Brühl), Contessa Valentina Allegra de Fontaine (Julia Louis-Dreyfus), Winter Soldier (Sebastian Stan), Yelena Belova/Black Widow (Florence Pugh), John Walker/US Agent (Wyatt Russell) and probably Hawkeye (Jeremy Renner). The Thunderbolts will mark the end of Phase 5.

Marvel has confirmed that Fantastic Four will return to the big screen. It has yet to be revealed who will be part of the main cast, but the film will mark the start of Phase 6 which will lead to the two Avengers films.

Whereas Ant-Man and the Wasp: Quantumania will present Kang the Conqueror, this Avengers movie will likely bring together a number of heroes to end his dynasty.

The final Avengers movie falls six months after Avengers: Kang Dynasty and will bring an end to the MCU’s Phase 6 and multiverse saga. According to the 1984 comic, the basic premise of Secret Wars is that a powerful being called Beyonder transports heroes and villains from across the multiverse to a planet called Battleworld. The Beyonder tells his new prisoners to fight, promising to give the winners what they most desire.

2022-07-28
Previous Post: Music in the Park kicks off in Pleasanton
Next Post: Albums: New music from Maggie Rogers, Jamie T, Amanda Shires and Of Montreal