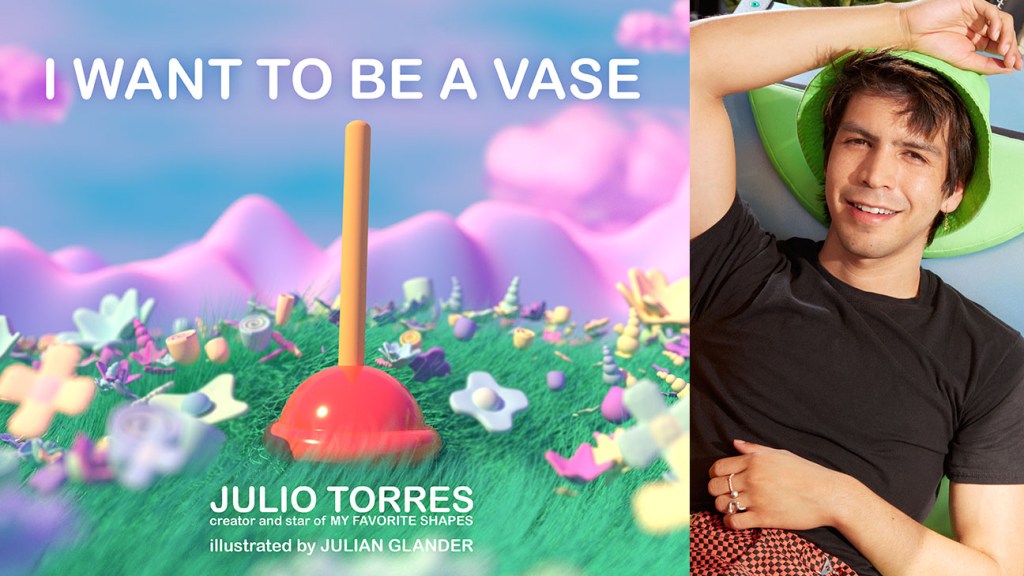 Julio Torres, the co-creator of HBO’s Spanish comedy Los Espookys, is about to debut in a children’s book.

Torres will publish a picture book titled I want to be a vase, inspired by his HBO special My favorite shapes, Hollywood journalist can advertise exclusively. The picture book is expected to be published by Simon & Schuster next summer.

“Shapes. You’ve heard of it. You might have even interacted with a few. But do you really know them? From the courageous Plunger, who wishes to challenge his form and become a beautiful vase, to other household objects with dreams of a life beyond their predestined roles, I want to be a vase takes readers on an essential and visually stunning journey through the life and intimate dramas of often overlooked household appliances, â€Simon & Schuster describes of the book.

In a statement to THR, Torres says of I want to be a Vase, â€œIf I had followed the convention, I would probably have a reasonable job and be married with children in El Salvador, where I come from. Sounds good, except I wanted to be an experimental comedian, prolific writer, and average actor in New York City. At first, I was about to be one kind of person, when I really wanted to be another. I wanted to pursue things that I was not supposed to do and I had the courage to do it, thanks to my parents who never said “It can’t be”, but instead they asked. “Well, why not? This book is therefore about a diver who wants to be a vessel. Because hey, why not?

Artwork for the book was created by 3D animator Julian Glander, whose credits include Disney, Cartoon Network, Nickelodeon, Adult Swim and The New York Times. Glander is also the creator of the video game Art school.

â€œI’ve been the biggest Julio fan in the world for a while now, and it’s been a great pleasure to be able to create a crazy book with him. As a 3D artist my world is geometry, and what I love most about Julio’s work is his admiration and empathy for cubes, cones and their more complex parents, â€says Glander. .

He adds “I also like the cinematic way I want to be a vase feels. Julio is of course a master of visual storytelling, and you can feel that directorial instinct in his manuscript. I basically built a 3D â€œsetâ€ that contained all of the parts in the book, and we treated it like we were playing in a little digital dollhouse. There are so many places we can play with the lighting, composition and atmosphere, very sophisticated stuff for a children’s book. I wish I could turn into a baby and read this one with new eyes.

Below, THR shares the inside pages of the book.

Extract from the book I WANT TO BE A VASE. Text Â© 2022 by Julio Torres. Illustration Â© 2022 by Julian Glander. Reprinted with permission from Simon & Schuster Children’s Publishing Division. All rights reserved.