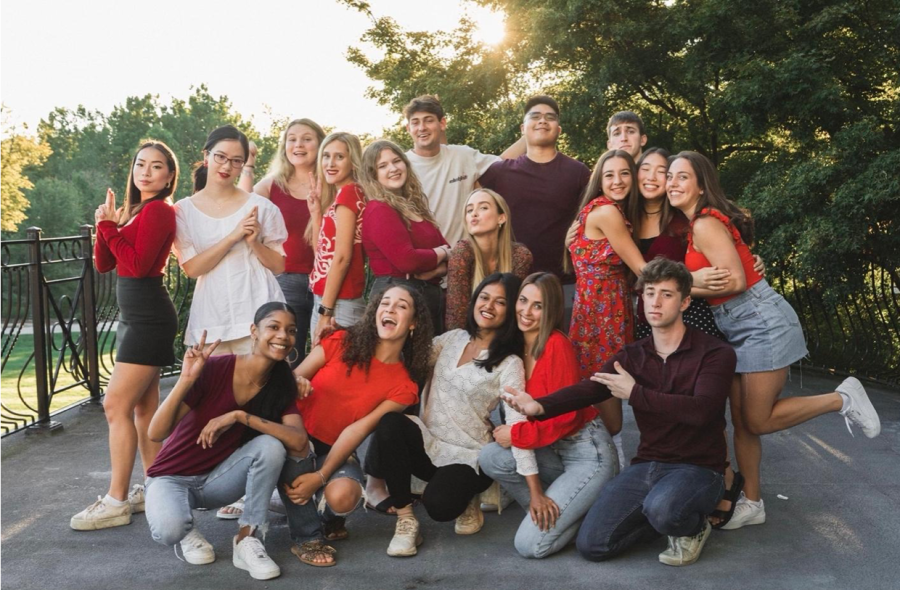 For two weeks in October, Last Letter Films brought a team of 15 undergraduates, one graduate student and four professors to Puerto Rico to film its documentary. Crew members immersed themselves in the beautiful world of Loiza, where the community graciously shared their music, dances and Afro-Puerto Rican culture with the crew.

The program has flourished under the guidance of film producer and professor Dr. Hezekiah Lewis, who insists that Social Justice Documentary is not a class but an opportunity to change lives. Under his leadership, this year’s crew members intend to create authentic lines of communication through intentionality and honesty, reflecting the depth of the relationships they have formed on their immersive journey. in Loiza, Puerto Rico. They hope to not only send a message, but also amplify voices, celebrate resilience and break cycles of inaction through their short documentary, “Rooted”, which premieres April 28.

“Rooted” embodies the spirit of Loíza, a predominantly black municipality in Puerto Rico, within the larger context of colonialism and colorism. Puerto Rican identity reflects a history of colonialism, made up of indigenous Taínos, enslaved Africans, and white colonizers. This mixture of races led to a system of power and oppression based on proximity to whiteness. This colorism manifested itself in Loíza, causing a disproportionate allocation of resources and internal violence. However, family matriarchs and community leaders nurtured Loíceño’s connection to their African roots, serving as a form of self-acceptance, unity, and prevention for the youth. Twenty-nine-year-old Jomar Abrante expresses his roots through Bomba music as he faces the struggles resulting from erasure and embraces the values ​​of peace and forgiveness instilled in him by his mother Judith. Female community leaders, like Modesta Irizarry and Maricruz Rivera Clemente, reflect Judith’s passion for connecting Loíceños to their roots. It is by identifying with the African cultures that make up Loíza that the Loíceños can be proud of their darkness and resist erasure.

While sharing the experiences of its collaborators is exciting, the program goes beyond making a hard-hitting film. This year, Last Letter Films is partnering with Centro Comunal La 23, a community center in Loíza, to build a “Park of Life.” This park will be located in front of a cemetery where 90% of the graves contain teenagers who died due to issues of generational violence. This “Park of Life” will consist of a basketball court, a chicken coop, a community garden and more to help the community become self-sufficient and offer alternative routes to young people. Last Letter Films intends to maintain its connection with Centro Comunal La 23 beyond the construction of the “Park of Life” and hopes that the public will share its passion for the initiative.

The social justice documentary program has been transformative not only for the communities of Loíza, but for the students involved.

“Traveling to Puerto Rico gave us a different perspective on what it means to make a documentary,” said Kristen Garvey, senior and producer.

“This experience definitely allows you to understand what lies outside of the privileged bubble that is Villanova, and it has inspired me to go deeper into my life and who I am,” Kwak said.

Although this program is technically a class and will end in May, Last Letter Films will continue to remain involved in the construction of the “Park of Life” and will continue to spread the message of its documentary.

Last Letter Films is currently in the editing phase of the documentary process, as the documentary is set to premiere Thursday, April 28 at the John and Joan Mullen Center for the Performing Arts. He will also hold a benefit concert on Friday, April 29 at Taller Puertorriqueño in North Philadelphia, a Puerto Rican community center, to showcase the power of Bomba music and raise funds for his initiative.

2022-02-23
Previous Post: SunWest Crab and Shrimp Fest is back with carnival rides, big bands, seafood | News
Next Post: Baseball is Life: The Book Was Better