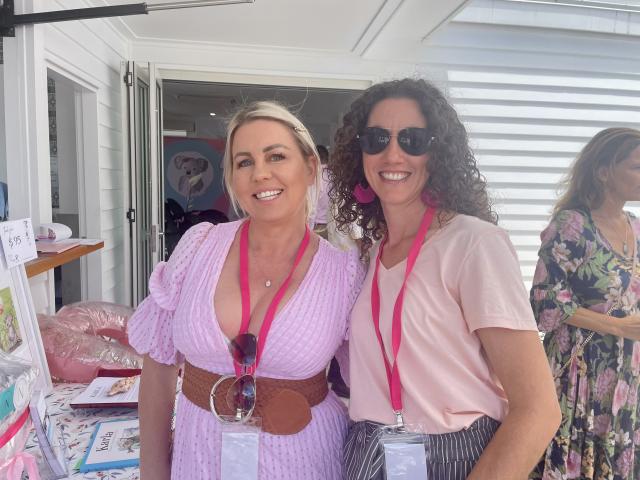 ‘Karla the Koala’ launches its third book with a bang

BOUNCE in Noosaville transformed into a colorful Great Barrier Reef for the launch of Karla the Koala’s new book on Thursday November 10th.

Written by local icon Elizabeth ‘Fizzi’ Reynolds and illustrated by her lifelong friend and artist Lili, the books proved hugely popular, selling out as soon as they hit stores.

Three years ago, Fizzi and Lili began creating the Karla Books to showcase the area and raise funds for koala conservation and the preservation of the habitat of these much-loved Australian animals, which were recently declared a species in Endangered.

To date, over 5,000 books have been sold and sent around the world, and over $5,000 has been raised to help endangered local koalas.

Author Fizzi said: “We always wanted Karla to experience the barrier reef and learn to snorkel, but we wondered where to set the story.”

“We ultimately settled on Lady Elliott Island because this glorious, world famous sustainable reef destination is basically in our backyard.”

In preparation, Fizzi traveled to Lady Elliot Island and immersed herself in island life, undertaking all the activities Karla would do if she visited the island, then locked herself away to write history without distraction.

Lili then worked her magic creating the glorious watercolor illustrations featured throughout the book.

“Books came out of our heads onto paper and then onto paint. So we’re excited to be able to share another one with you,” Fizzi said.

Guests at the launch learned about Karla’s new friends on the reef, how Karla came to meet King Charles III and how Karla is now the official mascot of Noosa Heads Surf Lifesaving Club.

Mayor Clare Stewart said: “I read this book and the previous two books to my daughter.

“The book is a testament to the importance of reading, it shows how color and community come together, and also showcases our beautiful natural assets.”

All proceeds from the book launch went to Noosa District Landcare’s Trees for Tourism program and Tourism Noosa.

Noosa District Landcare General Manager Phil Moran said: ‘Noosa Landcare has been working to try and preserve the habitat that has supported koalas for many years and we can’t do that without raising the profile, and that’s what which these two did to a large extent. .”

“We will sell the books at the Hinter Hub in Pomona.

“We do active ground stuff, so there is the Yurol and Ringtail project, where we have already done 256 hectares of revegetation and there are 890 hectares left to go.”

Peter and Julie Gash, the genius pilots behind Lady Elliot Island, have already given Karla Discovers The Great Barrier Reef the green light.

2022-11-15
Previous Post: The best cult films of the 21st century, from Twilight to Shrek
Next Post: The truth about payday loans