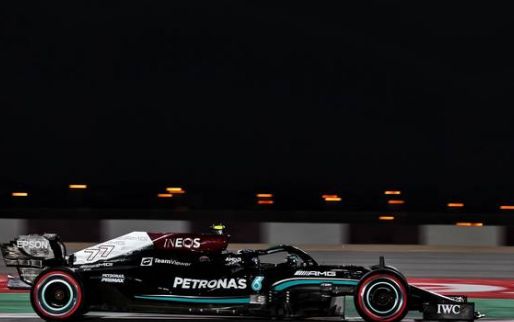 “It’s good that they stick to the book”

Max Verstappen was fined five grid places for ignoring the double yellow flags. World championship rival Lewis Hamilton congratulates the FIA â€‹â€‹on the sanction decision and links it to his own fault in Austria.

During qualifying on Saturday, former Verstappen teammate Pierre Gasly stopped on the circuit following a puncture. As a result, a double yellow flag emerged and Verstappen failed to slow down. Hamilton gives his first reaction in a quote played on Air sports.

Hamilton keeps his rainbow helmet: “I’d like to know what’s going on here”

“My only reaction is that consistency is the key. Look in Austria, I got a three-place penalty for just one yellow flag that I didn’t see. It’s good that they stick to the book and focus on my work “, Hamilton said.

Hamilton will start the very first Qatar Grand Prix from pole position. He’s happy to be starting P1, which hasn’t been so common in 2021 due to Max Verstappen’s pace.

“I’m very, happy. It’s a great day and the track is incredible to drive. I’m so happy with my lap. Qualifying was not the strongest this year, it was much faster than us. so I haven’t been on pole much. It’s just great to get back to the rhythm with a car feel under me. Great job from the team and now we have to deliver today. The first race so here we have to figure out where we can grow. We’re going to learn as we go, “ he added.