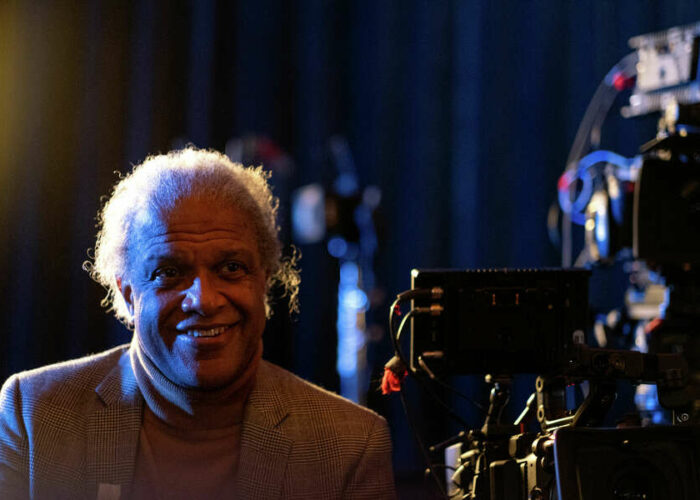 “Is that black enough for you?!?” Netflix doc watch 70s film noir

Film critic and commentator Elvis Mitchell in “Is That Black Enough for You?”

It’s hard to believe Elvis Mitchell, a veteran film critic of color who has done film review stints in outlets such as NPR, The New York Times and The Fort. Worth Star-Telegram, once had a book proposal about a groundbreaking period in black cinema — 1968 to 1978 — and publishers just weren’t interested.

“They barely care about it now,” Mitchell, 63, said on a Zoom call from Los Angeles. “I felt this book would belong on a shelf alongside books like ‘Pictures at a Revolution’ and ‘Easy Riders, Raging Bulls’. It just seemed logical to me that [people] would like to do something like this.

Even though the book never arrived, Mitchell ended up turning it into a documentary, “Is That Dark Enough For You?!?”, which begins streaming Friday on Netflix. With it, Mitchell makes his filmmaking debut, collecting film clips, archival footage and interviews with the likes of Whoopi Goldberg, Harry Belafonte, Laurence Fishburne and Zendaya and others as he recalls via voiceover his experiences growing up at a time when Black Power was finally getting its big-screen close-up.

“Not only were these films critical successes, they were commercial successes that changed American popular culture,” he says. “There’s so much that, in doing this as a movie, people can see – the magnetism of those performances and the movie clips themselves.”

REVIEW ‘WAKANDA FOREVER’: Are you planning on seeing the new ‘Black Panther’ movie this weekend?

Of course, the ’70s were the age of Blaxploitation, when “Shaft” (which will screen at the Museum of Fine Arts in Houston next month), “Super Fly” and fiery movies starring that evil beauty Pam Grier brought in black and white audiences and raised enough money for studios to later fund films helmed by young filmmakers like George Lucas and Steven Spielberg. Let’s not forget that these films also made soundtrack albums a staple. Popular artists such as Isaac Hayes, Marvin Gaye and Curtis Mayfield marked them, putting these R&B stars in the same league as John Williams and Ennio Morricone.

But Mitchell also shines a light on films worn by black actors and actresses, from stars such as Richard Pryor and Diana Ross to forgotten and too soon gone artists like Rupert Cross and Diana Sands. There are also those groundbreaking indies that told dark stories rarely seen in movies, like “Cooley High,” the 1975 coming-of-age comedy-drama that prompted Ingmar Bergman to hire star Glynn Turman for a role in one of his films; and “Killer of Sheep,” Charles Burnett’s 1977 debut drama that Mitchell says inspired scenes in movies like Martin Scorsese’s “Shutter Island.” Mitchell says he relished the opportunity “to show that there’s so much going on, that there’s been a mini-revolution from movie to movie to movie to movie.”

Several of the films Mitchell mentioned in “Black” are given another life thanks to The Criterion Collection. The boutique DVD/Blu-ray distributor that specializes in releasing special editions of standout movies has recently released numerous film noir, including “Shaft” and “Cooley High.” (Mitchell can be seen in some of these outings, interviewing filmmakers in the special features section.)

“When Criterion releases these things, they’re immediately considered art,” says Mitchell. “It takes them away from a conversation type and elevates them, something that should have happened a long time ago. But when these things belong to the studios, who could release them, they just leave them fallow. They don’t have nothing chased because, you know, they’re just film noir. I’m sure now that Criterion releases them, they’re kind of like, ‘Oh, why didn’t we think of that?’

“I like to imagine this as Netflix’s vote of confidence,” he says, “that someone can come home after seeing ‘Black Panther 2’ and say, ‘Wait, what? Where do these movies come from? ”

Craig Lindsey is a Houston-based writer.