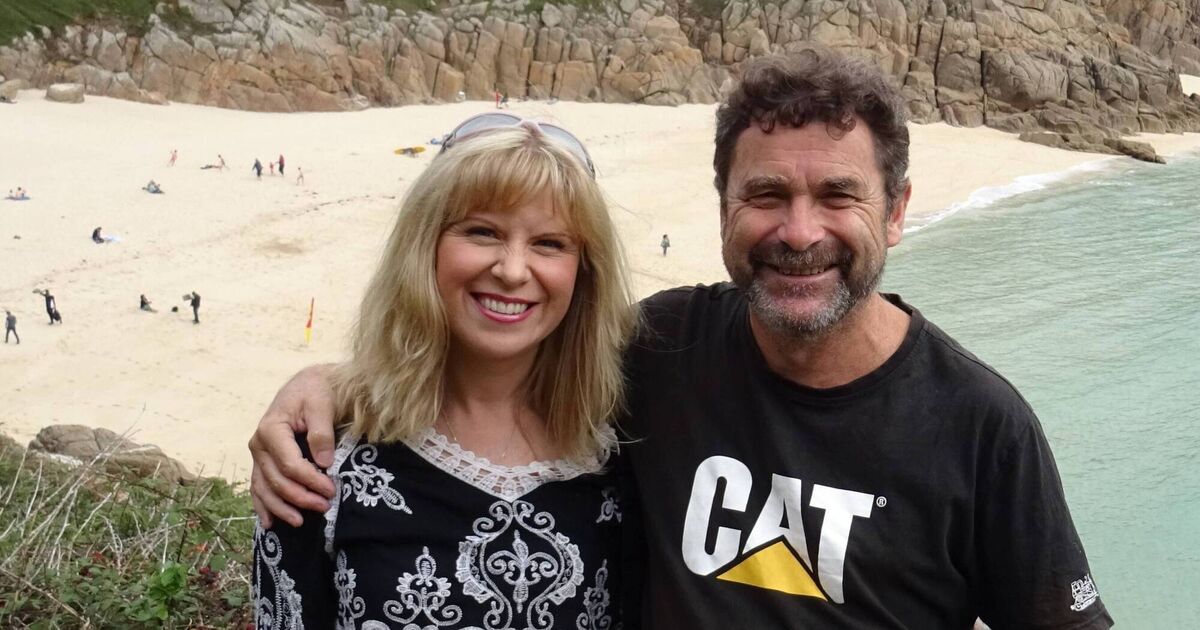 Inside David Butler and Tanya Farrelly’s Writing Relationship with Bray

When David Butler met Tanya Farrelly in 2014, the writers immediately hit it off. Within a month, the friends became a couple, and soon after, Tanya moved into David’s seaside home in Bray, Co Wicklow. Two years later, they got married and since then they both write in the living room in perfect harmony.

They met at a writers event – ​​both were reading excerpts from their work. Writing in the same room, Tanya says, is motivating.

“We don’t argue,” she says, when I interview the couple via Zoom. “We have this thing: ‘If I’m in the zone, don’t interrupt me.’ If I’m just sitting here listening to David tapping on the keyboard, I think I need to start, I know he’ll ask me what I did, and I better have done something.

Their synchronicity is such that the two recently launched short story books at the same time and by the same publisher. And while their styles are individual, some of the mostly dark stories share the same themes. David’s Fugitive Collection and Tanya’s Nobody Needs to Know both include stories dealing with death, suicide, homosexual tendencies, seduction and sexual manipulation.

A few years ago, when their neighbor had a nervous breakdown and became violent, which caused trauma to the couple, the two ended up in the bullpen. Tanya’s story, “Ding Dong Johnny”, written two years after the event, appears in her new collection, and David’s will appear in the future.

“I think the truth always comes out in fiction, even if you don’t intend to,” Tanya says. David agrees.

“It’s like the mirror and the mask,” he says. “My father died two years ago and for eight years his dementia only got worse. In fiction, I wrote about a grandmother with dementia, but in poetry, my father was my father. I wrote it directly.

“I never know where a story is going,” she says. “It’s about discovering things as you go. And when a story works, the end is inevitable.

Nobody Needs to Know is Tanya’s fourth published work and her second collection of short stories (she’s also written two novels), but when she met David she hadn’t yet published a book.

By contrast, David was already widely published, with several prestigious awards behind him. However, he took his time getting started.

After a degree in mathematics, he spent 10 years teaching around the world.

“I taught in the Seychelles and Australia before returning to university in the 1990s to do a degree in the humanities,” he says.

Then it was three years of teaching in the UK, followed by a year at Ashfield College in Dublin.

He began publishing around 2000, but it wasn’t until 2010, when he dropped out of teaching Spanish and English at Carlow College, that he started writing full time. .

Tanya had a collection of short stories and a novel published six weeks apart in 2016.

“It was weird when I had waited so long,” she said. “Arlen House released the collection and Harper Collins in London tookthe novel. It was great, but a little weird.

When I ask David if his life as a writer has changed since his marriage, he says no.

“But sharing my house has changed my life,” he says. “I had been living alone for seven years and if I was still alone, I would have struggled with loneliness. I don’t mean to sound dramatic, and I’ve never been a heavy drinker, but when you’re alone at 6 p.m., you stare at the bottle. Social life tends to be on the weekends, so you have plenty of time to fill on your own.

Tanya always wanted to be a writer.

“I knew that since I was a kid in elementary school,” she says. “I never changed my mind.”

Leaving school at 18, Tanya worked in an office – and continued in her job when, at 23, she graduated with a degree in literature, theater and evening cinema.

“After that I decided I wanted to teach,” she says, “So I took an MA in 20th Century Irish Literature at Maynooth and continued to work part-time.”

Then she took a course in teaching English as a foreign language and worked in an English-language school for 13 years, only giving up last year when she was named writer-in-residence at NUI. Galway – a job she loved.

Both writers still teach part-time and have found teaching over Zoom, necessitated since the pandemic hit, to be in some ways a benefit.

“When Covid hit, I was still in language school,” says Tanya. “And the courses have been put online. And now I teach at the Irish Writer’s Center and People’s College — it saved me the trip to the city center, and it’s about three hours a day.

The couple have very particular ways of writing. Tanya focuses on one project at a time and aims for 500 words per day.

“It’s a way of tricking me into doing the job,” she says. “Some days I write a lot more, then I feel like I can take the next day off.”

“A novel will be a progression of work over a few years,” he says, “and if I get stuck, I might try to see if the chapter will work as a short story or a one-act play. My piece, Blue Love, has won awards in London, Cork and Bray. And it had started like that.

“But I have absolutely no control over my poetry,” he says.

“A year can pass without me writing, then three can come in the space of two weeks. This itself works in terms of the imagination – the way the music and the rhythm of the language blend together in a certain way.

David tells me he is idle; and often suffers terrible guilt – especially if he goes a fortnight without writing anything, but Tanya disagrees that David is a typewriter. And he is certainly prolific. 2021 saw a collection of poetry from him, Liffey Sequence, as well as the collection of stories.

“There was also a novel, he says, but I can’t talk about it. It was written under a pseudonym.

Tanya is a huge support for other writers. She is the founder anddirector of the Bray Literary Festival, and in 2020 she edited The Music of What Happens to benefit the Purple House Cancer Support Centre. “I teach writing to cancer survivors and those going through treatment,” she says, “and the director, Veronica O’Leary, suggested that we should produce a book for the organization’s 30th anniversary. charitable. I emailed many writers I know and admire, and the majority accepted.

David and Tanya like the balance in their lives between teaching and writing. In their spare time, they walk Mr. Shelby, their jack russell, and enjoy looking at box sets. Pandemic permitting, David is very active in amateur theater, and Tanya plays the ukulele and sings.

And when they want peace, they escape to their County Kerry cottage. “We bought it in the summer, to use it as a quiet place to write,” says Tanya. “We are busy doing it. It’s freezing cold and wet but it’s beautiful.