How Music Is An Integral Part Of Every Best Nomination, Musical Or Not – Entertainment News, Firstpost

Although there are movies like West Side Story and Tick, Tick… Boom! which have music as their theme and motives, there are others which have little to do with tunes but everything to do with how beneficial a good melody can be.

Of all the outstanding performances in all categories of Oscar-nominated films this year, there has been a standout presence that marks the 94and ceremony in March 2022 differently from previous years: Music.

Granted, the Oscars already have specific categories for praising the scores, songs, and sounds that performed superlatively. Yet the music of most of 2021’s celebrated films is so integral to the narrative that it’s almost a character in its own right.

For starters, it’s been a fantastic year for musicals. Whether adapted versions or absolute originals, the tastes of West Side Story, Tic Tic… Boom!, and Encanto put their music at the center of their storytelling. Although many were rolling over Steven Spielberg West Side Story, in terms of greater recall value, the film is insufficient. This, despite being a remake of a legendary classic whose music was timeless. Still from West Side Story

Lin-Manuel Miranda makes his feature directorial debut with Tick, tick… Boom! whose song ‘30/90′ stays with you long after the movie is over. Andrew Garfield voices the parts of Jonathan Larson although it should come as no surprise that Vanessa Hudgens [who plays his friend Karessa Johnson] is the evocative voice of the musical. Miranda has already established just how much of an author he is in the musical genre, both on stage and on the big screen.

His genius permeates the soundtrack of another film this year: Encanto. Although Germaine Franco composed the music for the film, screenwriter and co-creator Lin-Manuel Miranda also penned eight original songs in this magical, realistic recreation of Colombia onscreen. Songs like ‘We’re not talking about Bruno’ and ‘Surface pressure’ really struck a chord beyond their melody, reaching our emotions in ways we still find hard to fathom. It looks like it would have been a tough choice for the crew who bet on ‘Dos Oruguitas’ over others to win in the Best Original Song category. Then there’s Apple TV+ CODA, a delightful coming-of-age comedy-drama starring Emilia Jones, who is a child of deaf adults who dreams of training at Berklee College of Music. Composer Marius de Vries has put together a soundtrack that covers Etta James, The Clash, David Bowie and Marvin Gaye to recreate the film’s cultural milieu, but it’s in Emilia Jones’I have the music in me’ and ‘You’re all I need to get by’ that we really feel some of his struggles and his emotions. Another film, which is not a musical although it is bound by its tunes, is Tammy Faye’s eyes. This biographical drama traces the humble beginnings of televangelist Tammy Faye Baker [Jessica Chastain] and her husband Jim Baker [played by Andrew Garfield], with music composed by Theodore Shapiro. Chastain has sung almost all of Faye’s songs, and at no point does it sound like an overdose. Shapiro cleverly intertwined foot tapping with soul to transport us to a time when faith would be all the rage on TV.

Although these movies have music in their theme and motifs, there are others that don’t have much to do with the tunes, but everything to do with how beneficial a good melody can be. .

The extraordinary work of Hans Zimmer in Dunes made him a top contender in the Best Original Score category. And for good reason. The extent to which Zimmer went to create a unique intergalactic soundscape resonates through the film – where instruments old and new helped interpret a new world order. ‘Ripples in the sand’ and ‘Bene Gesserit’ are stimulating, thought-provoking, and reflect the personal turmoil the characters experience. Who can forget the opening strains of The power of the dog where Jonny Greenwood successfully anchors us in the action set in 1925 Montana. The decision to go for atonal brass sounds rather than the typical Western string feel has paid off well, and we’re richer for it. Benedict Cumberbatch in The Power of the Dog

by Kenneth Branagh Belfast is a small boy’s perspective on the big adult world The Troubles in 1969 Northern Ireland. His decision to bring in Irish rock legend Van Morrison to oversee the film’s music paid off, as Morrison’Until the joy was nominated in the Best Original Song category. Harnessing the rock-n-roll sound of the era, Morrison puts the boy’s childhood on an unforgettable soundtrack.

movies like Cruel and Don’t look up also have scores and soundtracks that most effectively move their stories forward, even if their tracklist contains rock numbers from the past. The common thread running through both films is Nicholas Britell, whom we all know as HBO’s talented songwriter. Succession theme song. the Cruel theme song is a much more compelling song than that of Don’t look up although the latter has a better ensemble song selection. Both films have setlists that ooze courage and a devilish attitude, making them great albums to listen to in the absence of the films as well. 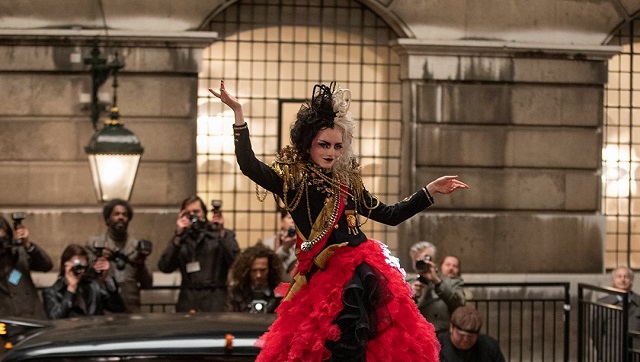 Beyoncé’sTo be alive’ for King Richard and Billie Eilish’No time to die’ from the Bond film of the same name are among those nominated in the Best Original Song category, although Eilish seems to edge out Queen Bey with her black vocal nonchalance. Daniel Craig in No Time to Die

A combination of ethereal scores, superb original music and clever soundtracks made even non-musical films so effective. Add to it soul summer, the documentary widely projected as taking top honors in its category this year. Covering the Harlem Music Festival that was overshadowed by Woodstock, it’s a moving experience that complements what a gigantic year we’ve had of tunes in movies.