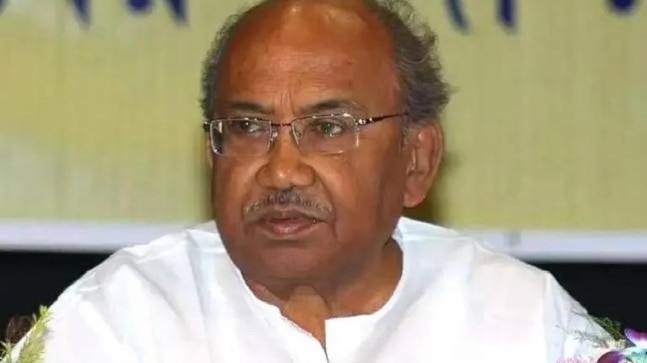 How music became the hallmark of Tarun Majumdar’s films

I can name the names of Tarun Majumdar’s films in one breath – at least a dozen of the roughly three dozen he made over a span of almost five decades. In no particular order they would be – Dadar Kirti, Bhalobasha Bhalobasha, Amar Geeti, Palatak, Balika Bodhu, Shriman Prithviraj, Kuheli, Thagini, Ganadevata, Pathbhola and Alo.

There’s a reason the first three names were placed there, even on a random list. In half a decade, these films have shaped my musical sense.

In the 80s, watching a movie was an event! And as a schoolboy, it was mostly just staring at posters and listening to movie songs. We had a double exposure to Indian cinema through Bengali and Hindi films. Looking back, I realize that my initial contact with them happened differently (English films became part of my life much later). I’ve heard Hindi films (through songs played endlessly on my school bus) and seen Bengali films (on TV and once a year in the theatre). Songs were a huge part of my enjoyment back then.

The first movie I remember watching is Dadar Kirti (Deeds of my Elder Brother, 1980). I was then in primary school. I remember watching it at home and, doubled over with laughter, my sister and I would fall over each other on our sofa, watching the groping and mumbling Kedar in the film. He is a simpleton from Calcutta (now Kolkata) with no brains but a gifted voice and a heart of gold, who is kicked out of his home by his father. He is sent to live with his uncle’s family in Hazaribagh, Bihar. Bengalis are a vibrant migrant community here, and it’s forced into the cultural scene by its boy band. The inevitable happens. He falls in love, but it’s an unusual affair. The girl in question (Saraswati) is a serious, studious, morally upright person whom everyone is afraid of. He is afraid of her, but still falls in love upon seeing her dance, and she melts after a while upon hearing him sing. Inevitably again, they have a misunderstanding, deliberately caused by the leader of the boys’ gang (Bhombolda, played by Anup Kumar), who later repents and reunites the lovers in the end.

Even though I lived in Calcutta and not in a “probasi” (migrant) environment, there was a lot in the film that I could relate to even at the age of six. The subplot of the two sisters (Saraswati and Beena), Rabindrasangeet and rehearsals for a local Durga Puja function, all of this has been a big part of my life.

Majumdar introduced two new actors who, although not the main couple in the film, eventually became one of the hit couples of the 80s – Tapas Pal and Debashree Roy (Beena in the film). Tapas was an instant sensation and his role was so loved that he became a type. But it was Mohua Roy Chowdhury (as Saraswati) who stole the show. Dancing has been an “indispensable” quality for Hindi film heroines, not for Bengali ones. But Mohua could dance and act as well, a rare combination in Tollywood. In my school, his dance (to the tune of the song Bodhu Kon Alo Laglo Chokhe) has been rehearsed for years in cultural programs; and I sang the songs from the film endlessly, without understanding a word!

The next batch of movie songs I sang to death was five years later, from Majumdar’s next hit, Bhalobasha Bhalobasha (Love Love, 1985). Young Debashree had blossomed by then and Tapas, while trying out a similar role, exuded a more confident on-screen personality. Many elements were common in both films; it was a DK rehash, and the audience gobbled it up. This one, I remember seeing it in a movie theater in Shyambazar, right after my class 6 final exams.

This time too, it was the music that attracted me to the film. Specifically, the Rabindra Sangeet is used there. Tagore’s songs were part of the mood of my house – my mother sang them constantly and taught me several. And like all the little girls in Bengal (at least of my generation), I had already danced to her tunes at local receptions. But on the verge of adolescence (apart from singing the obligatory songs and albums of Kishore Kumar, Asha Bhosle and Lata Mangeskar), I also found myself singing Tagore’s songs everywhere at local functions, wedding nights many aunts (in musical evenings called ‘bashar’), in the classroom (during ‘off’ times) and, of course, in the bathroom. These are the songs used in Majumdar’s Bhalobasha Bhalobasha, especially the song Nirob Kore Dao He Tomar. I distinctly remember that the album gave new impetus to my interest and love for Rabindrasangeet. The meaning of the lyrics is still a little blurry for me, although less so than Dadar Kirti’s songs.

When I saw Amar Geeti (Timeless Music, 1983) on TV (a few years after its release), I had no problem with the lyrics. I understood and enjoyed all the love songs in it! The film was a biopic of Ramnidhi Gupta or Nidhibabu (as he became known), who introduced a new form of music in Bengali to 18th century tappa and changed it forever. Tappa hails from Punjab and few people could accept him in his Bengali avatar, especially since Nidhibabu gave him a whole new dimension by introducing secular romantic love as the main theme. At the heart of the film’s narrative is the triangular love between Nidhubabu, Sreemati (a nautch girl turned disciple, who was his great muse) and Raja Mahananda Roy (to whom Nidhu was indebted). Soumitra Chatterjee, Sandhya Roy and Biswajeet as a romantic trio delivered stellar performances in the film. But it’s the tappa renditions of Ramkumar Chatterjee and Arati Mukherjee (as the playback singers of Nidhubabu and Sreemati, respectively) that remain unforgettable – Ami Ki Kokhono Tomare Na Dekhe Thakite Pari, especially in the male and female versions of the song.

Music has always been a hallmark of Majumdar’s films, which are mostly about romantic comedy. But Amar Geeti was a romantic tragedy, and here the music was the story and not just an aesthetic addition. I loved the melody of the songs in the film and for the first time reacted to the beauty of its lyrics. But, I could only sing the songs imperfectly, as I was not trained in Indian classical music and tappa singing requires this training.

Somewhere between Dadar Kirti and Amar Geeti, my taste for music had developed. Of course, I only discovered this in hindsight. I certainly haven’t seen just these three Bengali films in all these years – there were many more in between (mostly Bengali, a handful of Hindi and one or two English films as well). But it is undeniable that my introduction to cinema was made by Tarun Majumdar.

By 1985, Majumdar had a strong presence in the Bengali film industry for nearly three decades. He never received the kind of critical acclaim that some of his more illustrious contemporaries (Satyajit Ray, Ritwik Ghatak, Mrinal Sen) did, but he remained one of the most popular filmmakers of all. time, providing “healthy” entertainment to its audience, and being rewarded with “hits” in return.