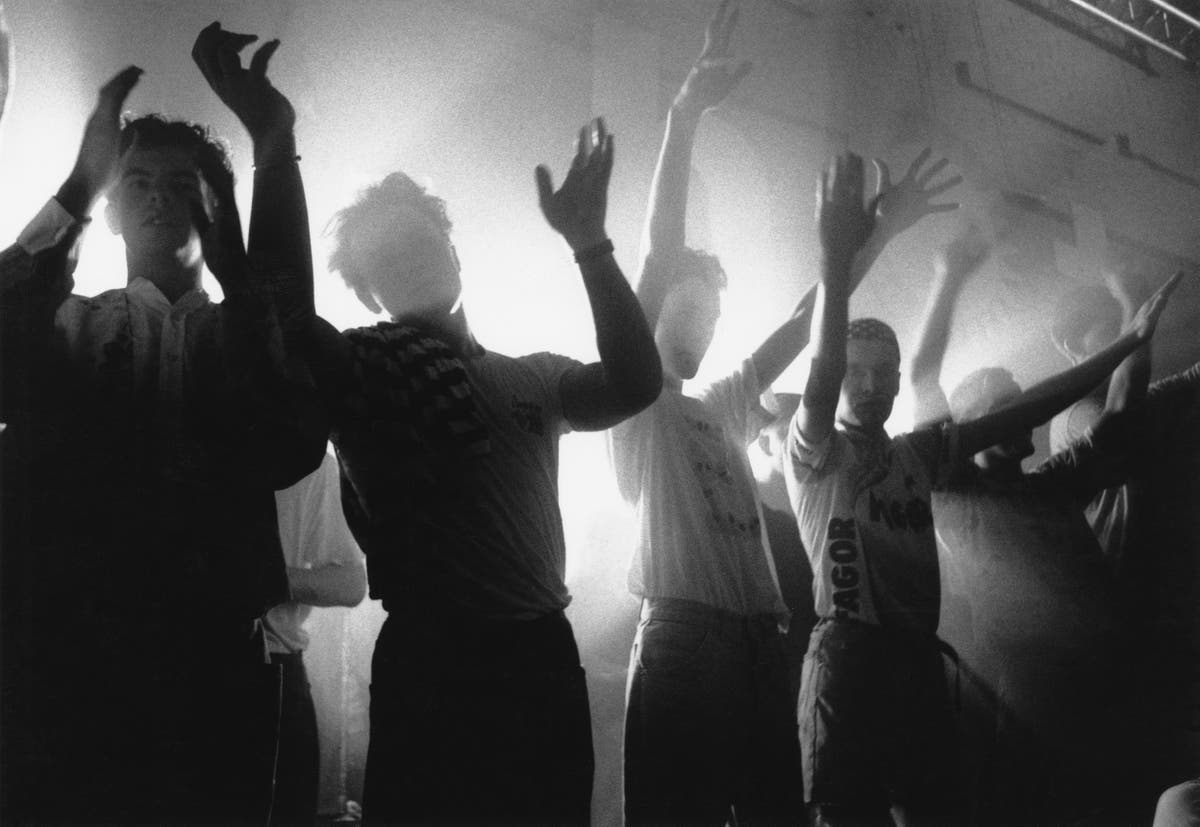 Hands up for 90s house music

By: Peggy E. Bob
In: Beautiful sin music
A

Are we prepared and ready for a new summer of love? The titanic leaders of the international pop music market definitely seem to think so. Two weeks ago, Drake released his impromptu album, Honestly, Nevermind, with a distinctive new musical twist: his familiarly laconic, icy delivery accompanied by a new sound bed of slamming, four on the floor, arms in the air . house music in the air.

Three whole days passed before Beyoncé released “Break My Soul,” the intro track to her long-awaited new record, Renaissance, sounding like it was crafted from sessions with Crystal Waters during the height of 1991. After the seals of approval from the two big guns, 1990s house is now officially the sound of summer 2022.

House music has been called “the revenge of disco” by the great DJ and musician Frankie Knuckles. Emerging from the gay clubs of his native Chicago, the music, a joyful 120 bpm conflagration of disco with a bass drum and hard, percussive, throbbing hats, was named after Knuckle’s residency at The Warehouse nightclub. White label records from Trax and DJ International quickly made it a global sound that morphed into an ecosystem of dance floor positivity, in direct contrast to the greedy capitalism of the 1980s.

In the 1990s, the era to which Beyoncé and Drake refer, house music went industrial while retaining the savory patina of a counterculture – somewhere between the hippies’ “free love for all” mantra and punk’s determination to break generational cycles, with kids doing things their parents at best didn’t understand and at best actively disapproved of. Thirty years later, it’s the sound of pop radio, TV spots, hotel lobbies and hairdressers. The night has won.

Beyoncé and Drake understand that house music is a sonic shortcut to feeling good. From the first time you hear a DJ play a brilliant house set, you understand its implicit appeal. It was music designed to make the world a better, happier and more tolerant place. The house was designed from love and happiness. It still feels like distilled sunshine, mercurial, elemental and impossible not to move. So with air horns ready and bucket hats ripped from the back of the cabinet, these bass boxes are teetering with anticipation. Let’s go dancing.

Kenny ‘Dope’ Gonzales and ‘Little’ Louie Vega (above) are pretty much the Tony Sopranos of the House Music Firm.

One of the key figures in the Junior Boy’s Own collective: London party makers, publishers, record label, club stalwarts and street fashion stalwarts. JBO pioneered the first wave of house. Farley is still around today, one of the most respected and unsung British DJs and musical figurehead of his time.

The decade between Royal House’s “Can You Party” and the multimillion-selling remixes of Terry’s Everything but the Girl’s “Missing” are golden years of craftsmanship, sharp editing and religious devotion to rock dance floors in new and ever smarter ways.

The DJ’s DJ. The remixer’s remixer. Listen and learn as your elders explain the near-religious experience of the former DC-10 sundeck as this New York legend led into the sun with its essential rhythm. Despite its legion of stories gleaned from a disco ball, Tenaglia is also a sound and erased genre.

How to make the house with more fabulous. No one embraces the contemporary spirit of house music culture quite like festival staple, Berghain regular and recording artist in her own right, Dijon. She is currently in charge of remixes for Madonna, with a fashion line on the rails at Dover Street Market.

The most beautiful piano-gone-rogue invocation to dance of all time. Establishes a genre in stone, a sonic monument to good times.

When house transmuted into the youthful VapoRub shake of rave, it needed a year zero record. That firecracker was it.

Manchester’s homage to Detroit’s sound surpasses its influence. Still one of Britain’s weirdest and most evocative hits.

Three men in suits bring the soul to the fore. As close as house music has come to a Soul Train review show.

Apocalyptic bass. From his bedroom in Queens, Beltram invented techno.

Soho’s Tag Records gets an anagram for the rapid, nascent shift to “progressive house.”

A devastating wall of noise that perfectly captures the hazy euphoria of experiencing ecstasy.

Stardust – “Music Sounds Better With You”

A tune summarizing that brief moment in the late 90s when Paris looked like the new Ibiza, before Berlin stole the crown.

Wallops house in the millennium, with an infinite blackout bang.

You had to own at least three of them: John Richmond’s Destroy brand, overalls, Kickers, flowers as an accessory and adornment, flares, Timberland work boots, a slogan t-shirt, a bucket hat, Adidas gazelles, a bleached denim jacket, hippie accessories, banana, balaclava, hoodie and smiley faced with everything.

Jodie Harsh’s Friday Night Party at Omeara is a euphoric burst of massive gay energy. A gentle reminder that it’s always good to dress up when going out, if only to undress throughout the night. @feelitparty

The original mecca of the late 90s and still a favorite of the Saturday night devotees. The history of the last 23 years of London club culture can be traced through the labyrinthine space of Farringdon. Epic on scale, a hard party skill to pull off. (fabriclondon.com)

Dancing the Right Way, “Celebrating Black, Indigenous, and People of Color, who are Queer, Intersex, Trans, and Non-Binary.” A 360 degree party platform. Exactly what the night should look like in 2022. (pxssypalace.com)

The Hackney venue quickly established itself with a rotating guest list at the more home-friendly end of the spectrum. Don’t miss Soul Clap’s exquisite spin on the decks on August 12th. (nighttales.co.uk)

In 1998 I was sent to New York for a job. I spent a good 10 years listening to house music in nightclubs, but nothing could prepare me for the total spiritual meltdown that was Body & Soul, a Manhattan Sunday afternoon institution that brought together Latino break dancers, black queer people and devotional people. heads engaged in the work that DJs Danny Krivit, Joe Claussell and François K were putting into refining a sound known as deep house. The “deep” piece was the clue. It was light outside. No alcohol was served. Other stimulants were noticeable but did not define the room. It was a nightclub like fellowship, church, and sanctuary, as close as I’ve ever come to that mantra of feeling God on a dance floor. Francois K released a 12-minute edit of Stevie Wonder’s “Do I Do” and the whole place erupted as one. It was the exact point where the heavy and the light became one.

For the month of March, Miami is transforming into America’s central nervous system of dance music. It’s bright, airy, cheerfully marred and something in the faded art deco grandeur of South Beach seems like the perfect backdrop for swimming in the sounds that will dominate the dance floor for the next 12 months.

The island built on the foundations of the house. What was once a hippie paradise for watching the sun go down over Es Vedrà while listening to the pulsating Balearic beats now runs the gamut from sheer sophistication to gritty pool parties. The Pikes Hotel is still central.

If you want something a little heavier and more techno, Berlin is the one party weekend for breaks. Expect tears on the plane home. Like any house culture, the possibility of things getting a little monstrous is never more than a heartbeat away. That’s half the fun.