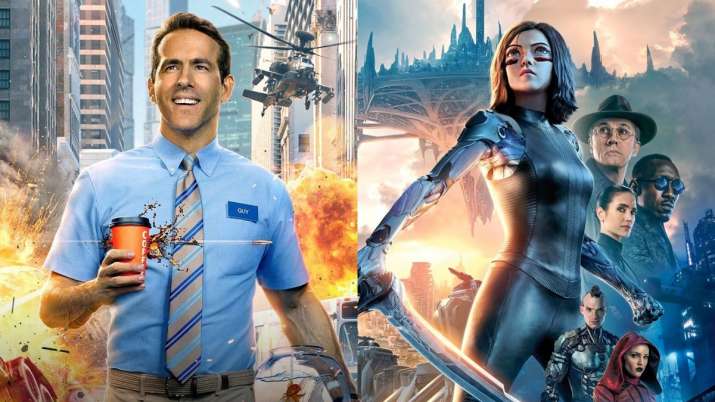 Weekends are made for relaxing and watching enjoyable movies, especially those that make you feel like you’re adventurous from the inside out. Ranging from the upcoming Free Guy comedy movie starring the admirable Ryan Reynolds to Wreck-It Ralph movies, here’s a list of adventure comedy movies that we guarantee you won’t regret watching over the long weekend of. Dussehra:

This movie is sure to blow your mind as Ryan Reynolds plays a bank teller who finds out he’s actually in an open world video game. Strange, isn’t it? But then he decides to take control of his own life, saving the day however he wants. With a little romance, escape, and adventure, Free Guy might make you want more.

A hit when it was released and still a hit! Embark on an icy journey of a sloth and a mammoth who make it their mission to bring back a lost child they found in their tribe. But wait! There are many obstacles between which they must overcome in order to achieve this. This story of love, friendship and loyalty will warm your heart and make you see the other films in the Ice Age franchise as well.

Pirates of the Caribbean

A blacksmith teams up with a witty and eccentric pirate, hated by many, in order to save the love of his life from his captors. Revenge from past enemies, love, action and adventure in this movie will definitely keep you hooked. Plus, actors Johnny Depp, Will Turner, and Kiera Knightley turn out to be an interesting trio!

Marvel has done it again! Another Ryan Reynolds movie, this one involves tons of humor and a savvy superhero with his anti-heroic character. Mix action with boldness and sarcasm and you’ve got a unique watch experience that might be on your recommendation list to friends, maybe not family!

From the creator of Avatar, Alita revolves around the story of a fighting cyborg who is discovered to have the soul of a teenager. She then sets out on a journey to learn more about her past and the real truth about her identity. With the beautiful Jennifer Connelly and Christoph Waltz, Alita is a great action-adventure watch!

Saved the best for last! An image of Walt Disney, Ralph tries to end his streak of being the big guy all the time. He now wants to start playing the hero but accidentally lets go of a great enemy that threatens his wish to do so and subsequently the lives of those he loves. Watch this exciting and fun adventure as Ralph shows you the true meaning of friendship as he tries to mend his mess.

Log in to watch these movies only on Disney + Hotstar