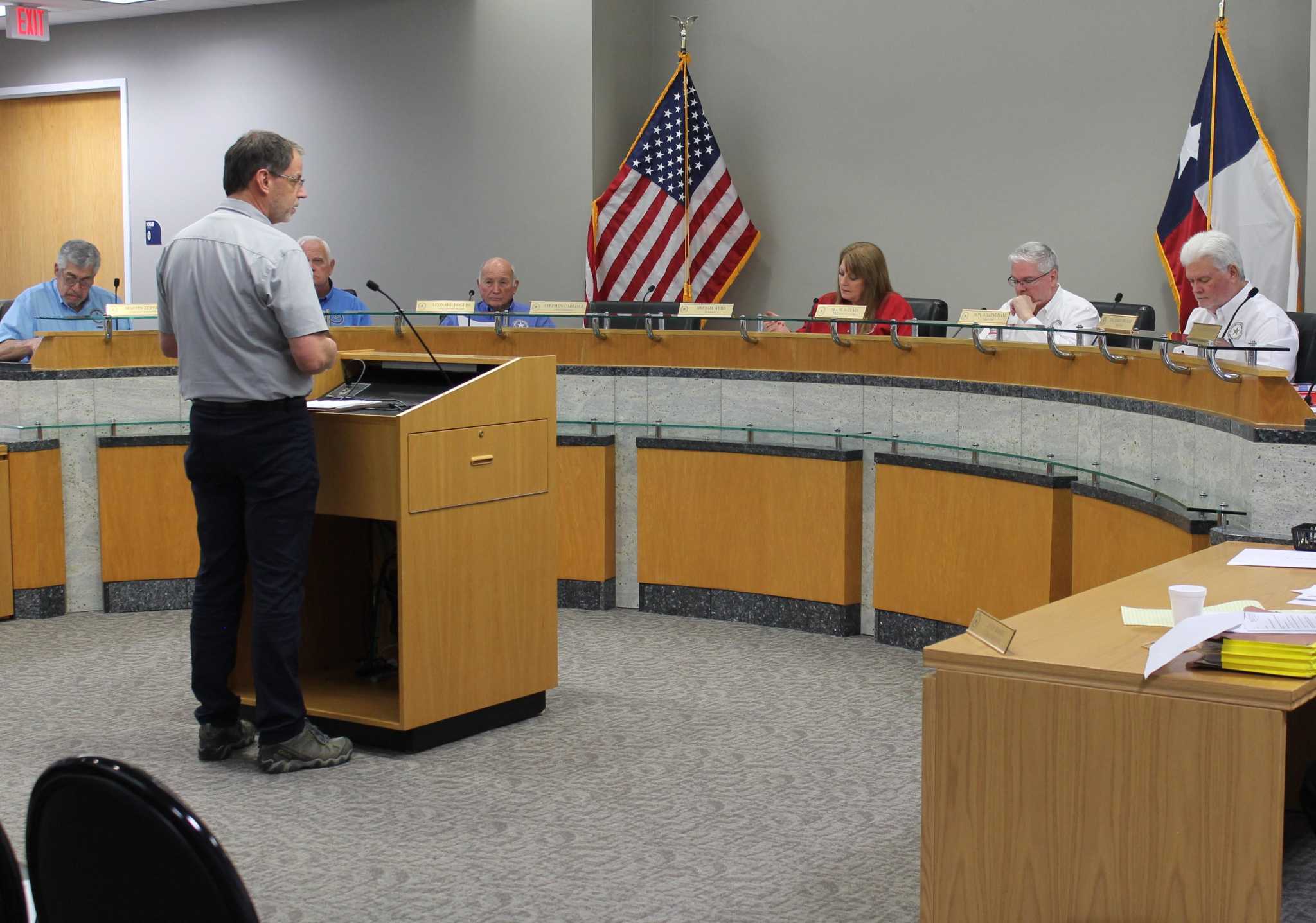 The East Montgomery County Improvement District Board of Trustees at its February 10 monthly meeting hosted a published author, none other than the board’s own secretary, Katherine Persson, whose book on the aftermath of the devastation of Hurricane Harvey and other disastrous events is about to be launched. .

Persson, the former president of Lone Star College-Kingwood, showed an advance copy of the book, Recovering from Disaster: What Colleges Learned from Disaster to Recoverywhich deals with meeting the challenges imposed by hurricanes and mass shootings.

The book is available now on Amazon, with a major release date set for February 15. In an interview, Persson said the release date was pushed back three times due to supply chain issues affecting paper availability.

“I just got my copy yesterday. They said they’d already sent our 150 copies, and I said, ‘Wouldn’t it be nice if you could send me a copy of my book?’

All proceeds from the sale of the book will go to the Lone Star College Foundation to help future students and employees weather the next disaster, she said.

The college has had a difficult recovery from Harvey

Persson, who retired from her post at the college in September 2020, said she felt compelled to write the book to chronicle the experience of the school’s recovery from Harvey, a Category 4 hurricane that hit the Texas Gulf Coast in August 2017.

Rainwater from the storm flooded the lower Kingwood campus. “More than 80 percent of our college was wiped out by floodwater and sewage from a City of Houston sewage treatment plant,” Persson recalled. “We lost 113 classrooms overnight.”

Although the school was forced to delay the opening of classes for 27 days, it never completely stopped its activities and did not lay off any employees. The college has moved many of its classes to online learning and has held other classes at churches and private businesses that have generously opened their doors to students.

On HoustonChronicle.com: Crosby’s Bras For The Cause raises $180,000 for cancer patients

“We did everything we could to help our students continue their education,” Persson said.

The college’s administrative staff moved its operations to the top floor of the Improvement District Headquarters Building just off U.S. Highway 59 in New Caney. “My office was my backpack and it was my landing pad,” Persson said of the building.

She said she learned a lot about disaster recovery in the year-and-a-half period it took the campus to renovate all of its buildings for occupancy. “There were so many things that came up, such as FEMA timelines that we didn’t have expertise or knowledge about.”

Other issues that arose during the recovery period were topics she never imagined she would have to deal with as a college administrator, such as how to protect valuables from the likelihood of looting. .

“I have a chapter on ‘Guns, Drugs and Money,’ Persson said. “That was one of the first questions I was asked: firearms ? Where are your medications? Where is your money? It’s not a question I had really thought about until then.

Upon retirement, Persson began writing what would become his book. She completed the initial project in four months, by December 31, 2020, and began the process of publishing her work. Within months, she had found a publisher, specializes in higher education publications.

“I had to take several steps to meet their idea of ​​what this book should be,” Persson said. On the one hand, Persson had written his book in the first person, based on his personal experiences. “They didn’t want that kind of story,” she recalls.

The editors also encouraged Persson to broaden the scope of the work to include the experiences of other university leaders whose schools had gone through traumatic experiences and recovered. Persson contacted two educators she knew personally, Dr. Rita Cavin and Dr. John R. Holdnak, who had their own disaster recovery stories to tell.

Cavin was acting president of Umpqua Community College in Roseburg, Oregon in 2015 when an active shooter killed eight students and a faculty member before committing suicide. Holdnak, the president of Gulf Coast State College in Panama City, Florida, guided that school through its recovery from Hurricane Michael, which hit the Florida Panhandle on October 10, 2018 as the strongest hurricane never recorded in the region.

Cavin and Holdnak agreed to give Persson full copyright to include their stories in the book, as did the Ford Family Foundation located in Roseburg, Oregon. “They gave me wonderful material and the right to include their material in the book about how they helped their community recover. These are disasters that affected not only the college, but the entire community,” Persson said.

The work of its co-contributors has deepened the book’s description of the different forms disaster recovery can take. In Holdnak’s case, when Hurricane Michael hit his school as a Category 5 storm, it left buildings mostly intact, but destroyed all communications systems in the surrounding area.

“They had no infrastructure. There was not a single cable or phone line. So they had a very different experience to be able to operate,” Persson said.

In Oregon, Umpqua Community College closed for 11 days after the massacre. “It was the biggest mass shooting they’ve had in this state, but they didn’t get any funding from FEMA because it wasn’t a natural disaster,” Persson said. “So the state stepped in and provided funding.”

In a chapter on disaster recovery, Persson talks about the need to modify the physical space where a disaster has occurred. “It’s about how they can’t go back and have classes where you had students and a faculty member slaughtered,” she said.

Persson said she learned a lot about the process of publishing a book. “There was lots and lots of different evidence,” she said. “I never realized what was going on behind the scenes.”

Having relived her post-Harvey experience while writing her book, the aspiring author said she was unlikely to dwell on such serious matters in her future work. When asked if she planned to write another book, Persson replied, “If I do, it’ll be something really fun,” she said.

In another action, the EMCID Board of Directors accepted the report from Deputy Chief Barry Welch of Montgomery County District 4 , part of the annual Safe Shopper program, which provides additional constable patrols of area stores during the holiday season. The total program budget for 2021 was $78,000, an increase of $8,000, or 11.42%, over the previous year. The constable’s office conducted 73 shoplifting and/or theft investigations. A total amount of over $27,000 in merchandise was stolen, with approximately $13,000 in merchandise recovered.

The board also accepted a report on the recent 2021-22 Holiday to Remember event, which drew approximately 25,000 people during the event, which took place at Valley Ranch Town Center, Dec. 10-12, then from December 17 to January 2.

2022-02-17
Previous Post: Cinemaria Films presents the BubbleRapApp on sharing and caring
Next Post: Live music will bring Scottish stories to life at the Paisley Book Festival