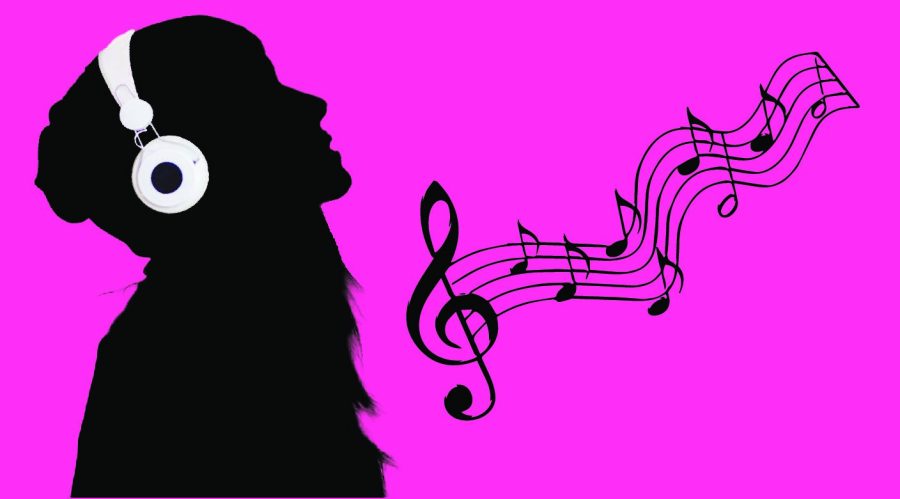 There’s only one thing that can bring bright red into the cold winter blues: Valentine’s Day.

Some people live for it. They love gifts, flowers and plenty of chocolate. On the other hand, others prefer to curl up in bed, cuddle up to their favorite pint of Ben and Jerry’s ice cream, and watch “The Notebook” as many times as possible within 24 hours.

A holiday entirely dedicated to the idea of ​​love puts romantic comedies, sappy novels and corny songs in the spotlight, even if it’s only for the first two weeks of February.

In honor of Valentine’s Day 2022, let’s break down some of the greatest love songs of all time. You can follow and listen to fan favorites hereand ask your valentine to be “mine” to one of these tunes.

“Unchained Melody” by The Righteous Brothers

An undeniable classic, The Righteous Brothers’ “Unchained Melody” is a smooth track where the idea of ​​50s milkshake lovers comes to life. The song, with instrumentation consisting of orchestral strings, acoustic guitar, and simple drum beats, takes the listener back to the 1950s when the song was originally released. How can you not imagine the song playing on a jukebox as a young couple sip a single chocolate shake through two straws?

The song was notably featured in what is considered the most memorable scene from the 1990 film “Ghost.” Starring Patrick Swazye and Demi Moore, Swazye’s character, Sam Wheat, is murdered in front of his partner, Molly Jensen (Moore ). Returning as a ghost, Wheat remains close to Jensen in the days following his death. One night, while molding pottery in their Manhattan apartment, Wheat’s ghost is there with Jensen. The amount of love and sexual tension in this scene, perfectly performed by Swazye and Moore, made it one of the most romantic movie scenes to datepartly due to the notes of “Unchained Melody” running in the background.

Almost all of Taylor Swift’s “Lover”

Taylor Swift’s seventh studio album, aptly titled “Lover”, conceptually captures what it means to be in love. The title track is now a must-have first dance song at weddings, as the easy drums and basic acoustic guitar chords make it a perfect, slow, dance-friendly beat. The lyrics themselves can be seen as wedding vows, sung by Swift to her partner. She sings “With every guitar string scar on my hand/I take this magnetic force from a man to be my lover/My heart was borrowed and yours was blue/It’s alright that ends well with you”, pledging his devotion in vows to be kept forever.

The album is full of songs about falling in love, especially the album’s sixth track titled “I Think He Knows”. In the upbeat song, Swift gives her listeners insight into the early stages of a crush. She describes the excitement of getting to know them, the playful back and forth of wondering if they feel the same way, and the constant giddy of the first moments spent together. She’s also honest in her descriptions and mentions the awkward but passionate tension that fills the moment.

In “It’s Nice to Have a Friend,” Swift uses drums, subdued trumpets and, uniquely, plucked harps to set a soft, cozy backdrop to the story of friends turned lovers. It’s the shortest song in Swift’s discography and it hides in the last songs of the tracklist, but it seems to fully represent the album’s message. The way the words are sung evenly over the beat almost feels like poetry, and it delivers a beautiful story that only Swift could convey so simply but effectively.

“Iris” and “Come to Me” by The Goo Goo Dolls

“Iris” by the Goo Goo Dolls is arguably one of the most well-known songs of all time, making it an easy candidate for one of the greatest love songs. Played often on radio and popularized in the 1998 romance film “City of Angels,” it’s impossible to miss. The song is a powerful ballad, with extremely vulnerable lyrics on a soft rock instrument. The built-in tempo and complexity gave the song just enough to interest pop radio listeners (for two decades), and the lyrics show the intimacy of really opening up and getting to know someone as you fall in love.

In 2013, the band released their tenth studio album “Magnetic”, which included a track titled “Come to Me”. The song, which was the second single from their album, is the more mature and much less moody older sibling to the 90s hit “Iris.”

The song wasn’t as popular or successful as the band’s most popular hit, but, in many ways, “Come to Me” is a million times better. It’s much more simplistic, with an indie/folk nuance to the instrumental. The song, through its lyrics and upbeat tone, conveys the highs of being completely in love with someone. The Goo Goo Dolls manage to tell the story of a couple whose relationship seems to be falling apart, only to fall back together 10 times more beautiful and more honest than before.

“Show Me Love” by Laura Mvula

Although it is a song about the loss of love, this song expresses the true meaning of loving someone so much that even when they are gone, the love they gave was more important and influential than any other love could ever be.

The song’s slow build is part of what forces the intensity of the message. The powerful beat, echoing background vocals and Laura Mvula’s seductive vocals draw you into the lyrics. She immediately puts the listener in a position of grief, her voice echoing “where are you?” as she searches for something to fill the hole left by her former lover.

Mvula describes all the good things this person gave her: they showed her how to love herself, love others and what love really is. They opened her eyes to all the world has to offer once you’ve experienced something as emotional as true first love.

The complexity of the piano chords and overlapping vocal melodies along with the heartbreaking situation depicted in the lyrics can’t help but make the listener yearn for a love like the one portrayed here, even if he ends in the worst pain imaginable.

Beach House’s “Take Care” is arguably the most romantic song of all time. In the track, the duo sings about caring for someone and loving someone so completely despite their flaws. Whether it’s a broken leg they can’t walk on or a mental illness that drastically affects daily life, Beach House manages to express that no matter the obstacle, they love someone so much they love them. ‘they’d rather do nothing but help him through it. .

The song acknowledges the difficulties of being in love with someone with baggage, whatever that baggage is. Beach House underscores this in their lyrics, noting that despite the amount of passion and care felt for each other, it’s overwhelming, overwhelming and honestly, quite scary.

They sing “The hills are burning, the wild eyes are spinning till we run away.” They refer to the fact that, even if their lover is not ready for this support at the moment, they are happy to wait until the time is right: “I would take care of you if you asked me to; In a year or two.

The end of the track is a much-needed line of reassurance for the subject of the song, as Legrand promises his partner over and over again that she’s there for them no matter what, and that she’s not going anywhere. despite what they bring with them. .

Honorable mentions included “Yellow” by Coldplay, “Somethin’ Stupid” by Frank and Nancy Sinatra and “At Last” by Etta James.