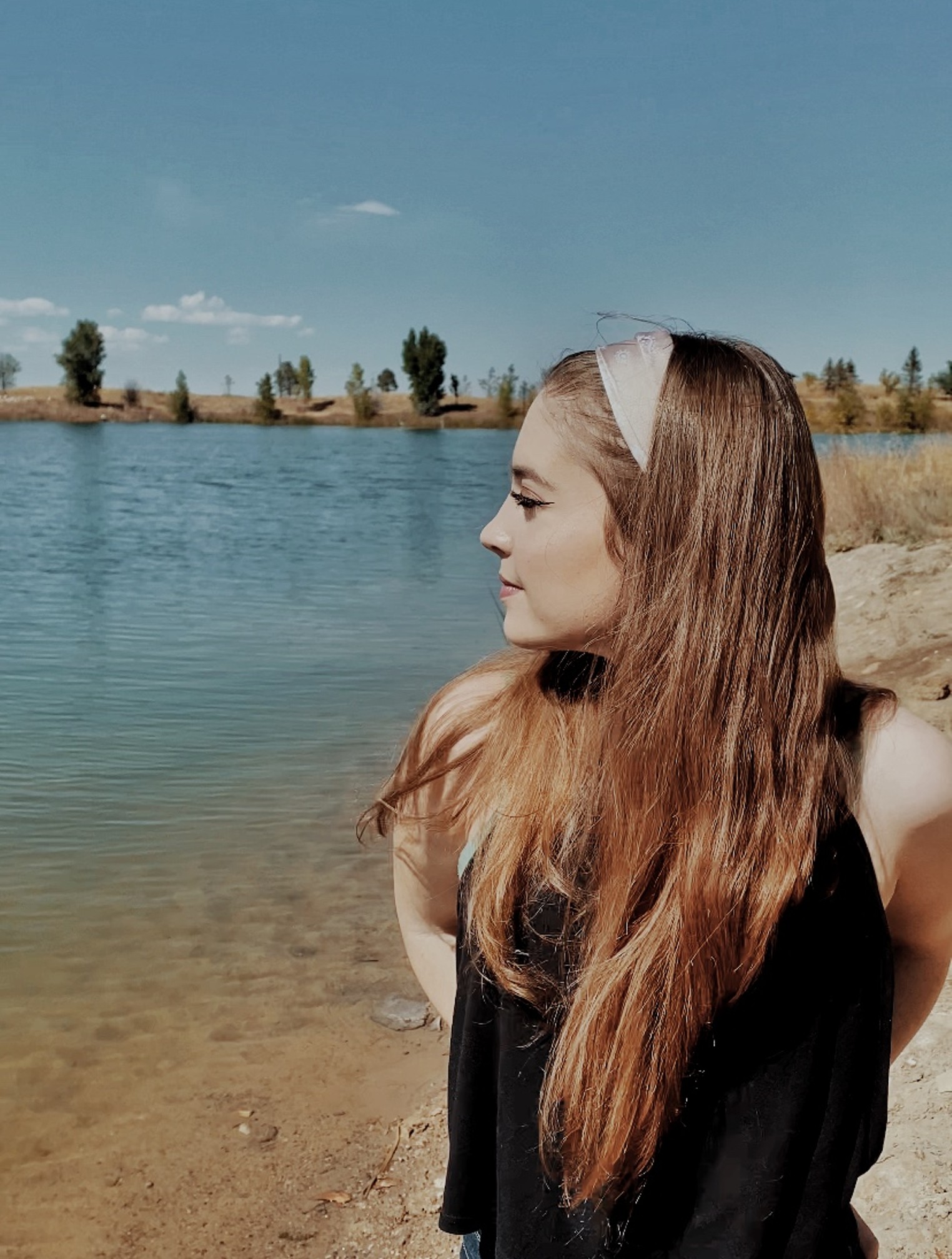 Emma Griffin, 21, from Broomfield, can’t remember any time in her life before music. “I’ve been into music, in one aspect or another, basically forever. My grandparents have a piano, so every time we went on vacation, even when I was very little, I would just drop in and play any song was right now,” she recalled. “And everyone thought that was cool, that I could sound it out, so obviously I kept doing it.”

As soon as she learned to write, she started filling song books, and in second grade she learned to play the guitar. In addition to learning violin scores in her school’s orchestra class, the singer-songwriter is entirely self-taught. With the help of her boyfriend and producing partner, Brennan Hill, she released her first EP, Between the wallsin June 2020, and just released a new single, “Try a Little Harder”.

Griffin began recording the songs she wrote when she was a sophomore in high school, using her headphones’ microphone while huddled in her mother’s bathroom. “I liked the reverb of this one, and I didn’t know how to use GarageBand or anything else to reproduce it, so I followed the same process for everything,” she says, “until until I meet Brennan.” The couple, who now both attend CU Denver, were classmates throughout middle and high school and started dating about three years ago.

“He heard one of my songs when we started dating, and he thought it was cool, and then he got into learning production so we could do it together,” he explains. she. “Then we started getting more serious about music, and I learned how to produce stuff and record it.”

Despite his modern alt-pop sound, Griffin draws heavily from classic rock, country and Americana artists. While her voice has been compared to Florence Welch and Sarah McLachlan, her music has a contemporary edge and brooding maturity that belies her young age and is reminiscent of Lorde and Billie Eilish. Meeting her in person, it’s hard to imagine this smiling, upbeat young woman writing such bluesy, brooding lyrics. But Griffin thrives in this juxtaposition.

“Try a Little Harder” is a biting critique of a lackluster (fictional!) partner.

She writes most of her songs with a base of narrative lyricism and naked instruments – sometimes using voice memos recorded in her bedroom – then performs with more avant-garde production. “Pre-production definitely feels more like the older style, stripped down pianos and guitars,” she explains, “but Brennan really likes to produce in Billie Eilish and Finneas’ kind of much more modern sound.” He will swap guitars for synths or change the pitch of certain instruments in order to find a balance between classical and contemporary. “The heart of the song, the way it starts, is definitely a lot more old-school, and then the ending is a lot more modern,” she says.

“She’ll come to me with about six voice memos that she’s recorded in the last hour and play them in the car as we drive,” Hill says, “then we select a few and listen to them again, then let’s pick one and start working on it, build it some more, write more lyrics, change the lyrics and keep building it.”

But just as often, Griffin and Hill collaborate on the entire songwriting process together. She says of her debut EP, “A good half of those songs were songs that I wrote in my room and brought to him, and the other half would be songs that we worked on entirely together — building him up. the beat while I’m writing lyrics to it. Sometimes we get really lucky and it’s all done in one day. It varies so much. If we really like it, it just flows like magic.

When releasing songs like her latest, biting kiss “Try a Little Harder,” Griffin sometimes feels the need to make it clear that she and Hill are perfectly happy and that her heartbreaking lyrics are purely fiction.

“I’m worried about that,” she laughs. “Because I really like writing songs about breakups and relationship issues, like it’s happening here and I’m watching them. But I always worry when I put them out, and that’s why I don’t like not release a lot of these songs, because they’ll think we have such problems!”

His inspiration for his darker tracks comes from his love of macabre media. “I like to draw in books, classics that I read at school,” she explains. “the Photo by Dorian Gray influenced a lot of the songs I write, [and] Edgar Allan Poe, those kinds of stories.” Hill adds, “We draw a lot of inspiration from horror movies and Criminal minds.” (Griffin hopes to one day record a narrative murder-mystery album.) So far, Griffin hasn’t had much experience with live performances, as she just turned 21. It’s hard to do much about live music when you can’t legally enter the venues you want to play, plus COVID shut down complicated in-person shows. So at the start of the pandemic, she turned to the Twitch streaming platform.

“I wanted to do that by streaming music primarily, so we’ve done that a few times, and it’s a lot harder to stream music than it is to stream games. It’s hard because you can’t hear that that the audience hears, so it sounds perfectly fine on my end, but you might not hear anything,” she says. “We did a few cover nights; now I’m learning how to do live loops, which is difficult, but I’m thrilled about it.”

Whether it’s on Twitch, in person, or just driving with Hill, Griffin is sure to keep singing. “We’re obviously going to keep making music, it’s just if we want to do an EP or an album or keep making singles. I feel like people’s attention spans are a lot shorter, so we might end up doing singles consistently,” Griffin hints.

If his singles continue to pack the same punch as “Try a Little Harder,” we welcome them.

“Try a Little Harder” is now available to stream and download on all music platforms. Follow Emma Griffin on Twitch to stay up to date with her live streams and cover her parties.