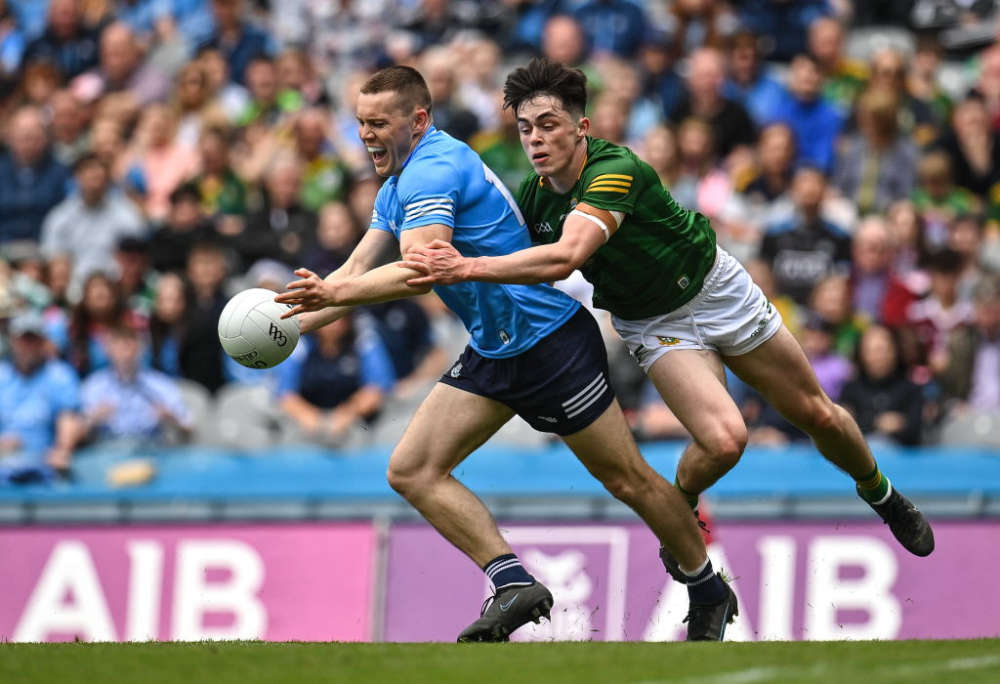 In what was Brian Fenton’s 100th league game for the Dubs, the boys in blue showed their dominance over a Meath side who, in truth, never looked up this afternoon and booked their place in Leinster’s final against Kildare.

Dessie Farrell made late changes to his Dublin side just before the throw-in, Evan Comerford returned between the sticks and Lorcan O’Dell replaced Jonny Copper in the back half.

The first half showed off the skill of long-range kicking with the dubs putting out several beauties from Kilkenny, Costello, O’Callaghan and team captain James McCarthy. The first half showed that all but one of the players in the Dublin Forward line were put on the scoresheet.

Meath could and probably should have scored a goal in the opening 10 minutes as Jordan Morris found himself in space, but Michael Fitzsimons’ Dublin Fullback just did enough and forced Morris to fire the ball beyond the Comerford’s right post.

Meath got his first score in the 13th minute after Meath goalkeeper Harry Hogan, who was still in midfield after missing a free moment before winning the ball and passing it to Meath’s Bryan Menton to do so go over the bar.

The Dubs ended the half by scoring the final four points of the half, with Brian Howard having the last laugh before the half-time whistle by hitting a nice long-range spin just above the point black.

It was a dominant display from the Dubs in the first half as they led by 15 points at the break. 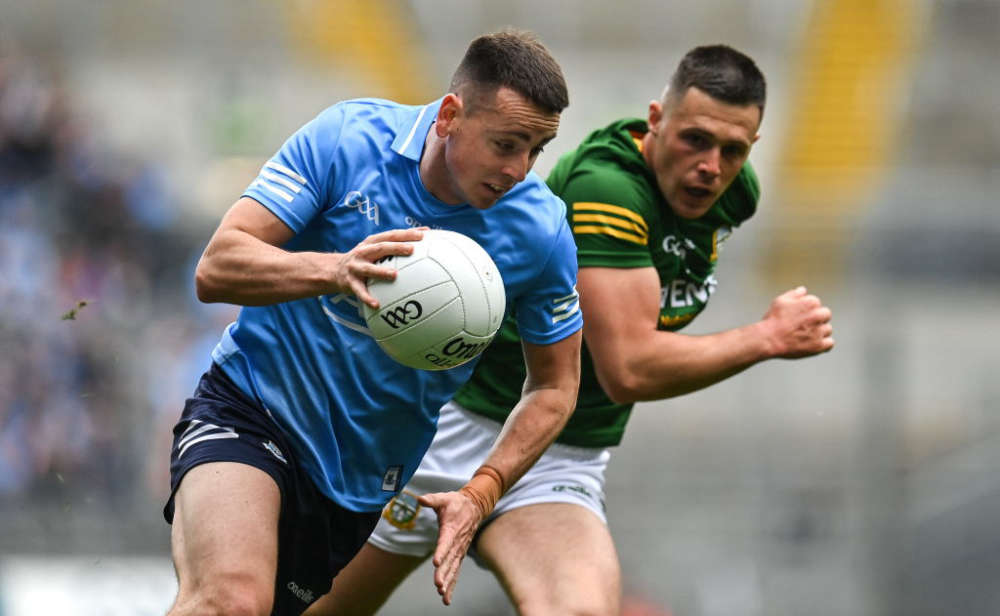 The second half continued much the same with Dean Rock hitting four of Dublin’s second half points on the rebound only divided by one from Costello for the Royals.

Meath hit the next two scores thanks in part to a few sloppy kicks from the Dublin keeper, Menton and Morris pointing for Meath.

When Bugler got his first of the afternoon in the 46th minute, it meant Dublin’s entire forward line was on the scoreboard.

Just like the first half, Meath’s Jordan Morris found himself with a great chance to score, but he sent the ball into the Z row at the end of the Croke Park canal.

In truth, this match ended at the break and the boys in Blue eased off in this second half.

Things went from bad to worse for the Royal Family when Jack Flynn was shown a direct red card in the 68th minute.

The Royals won the ball into the back of the net from the penalty spot through Jordan Morris, Sean Bugler brought down a meath striker for whom he saw black and had already seen yellow earlier in the game, his time in the semi-finals was cut. short.

There was a final flashpoint in stoppage time when Meath Morris striker appeared to hit Lee Gannon and he saw a straight red signifying the Royals were finished with 13 men.

Dublin will face Kildare in the Leinster final on May 28.

Everywhere here at Croke Park and our senior footballers are in the Leinster final 🙌#UpTheDubs pic.twitter.com/DGnZFYgQte

What a sports day May 28 is becoming,

The county’s men’s and women’s teams are in final action at Leinster, Leinster in the Heineken Champions Cup and Liverpool against Real Madrid in the Champions League final.

Earlier today Kildare booked their place in the Leinster final, apart from a goal in the opening ten seconds for Westmeath and a late fight back, Kildare never looked to be in trouble and the lilywhites will face the Dubs at headquarters from GAA on May 28.