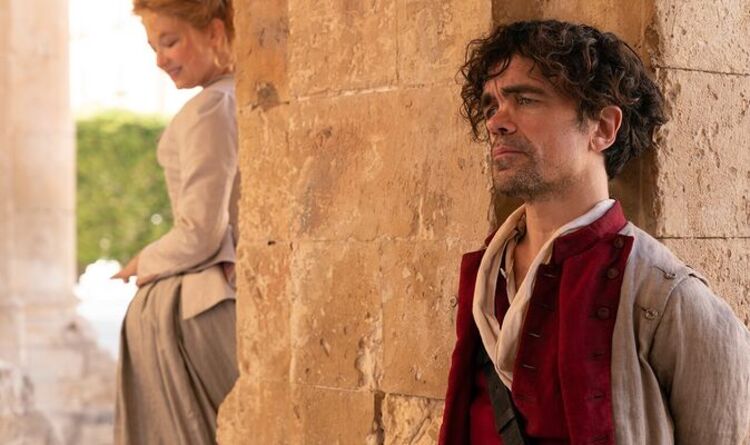 And with downbeat American indie band The National providing the showtunes, there’s no room for its cast to exercise their jazz hands. But Wright was probably deliberately provocative. He weaves achingly beautiful musical sequences into this mournful adaptation of Erica Schmidt’s off-Broadway musical.

Its greatest asset is its leader. Fantasy fans will know Peter Dinklage (Schmidt’s husband) as the series-stealing Tyrion Lannister from Game Of Thrones.

His Cyrano is cut from the same cloth – a proud, quick-witted soldier cursed with a tender heart and a wounded soul. Dinklage uses those grim eyes and pained smiles to powerful effect.

“I’m a freak! I’m a mutant! A freak of nature – I’ve heard all the ugly, hateful nomenclature,” he somehow rapped on When I Was Born.

The story is so familiar that it is hardly worth repeating. It’s 17th century France and the soldier poet Cyrano de Bergerac secretly longs for the aristocratic beauty Roxanne who is wooed by Ben Mendelsohn’s evil noble.

When he discovers that she is in love with his handsome but inarticulate classmate Christian de Neuvillette (Kelvin Harrison Jr), Cyrano offers to write love letters on behalf of the smitten Christian, finding an outlet for his romantic feelings.

The most powerful piece is Wherever I Fall, sung by soldiers on the eve of battle. As they express their regret and acceptance of impending death, Wright’s camera watches their craggy faces. You won’t want to stomp your feet, but this haunting sequence might just break your heart.

2022-02-25
Previous Post: The world of music and entertainment reacts to the Russian invasion of Ukraine
Next Post: CD review: ‘The Book of Moss’: Bow Thayer’s 35th album the mark of a singular artist | Vermont Arts