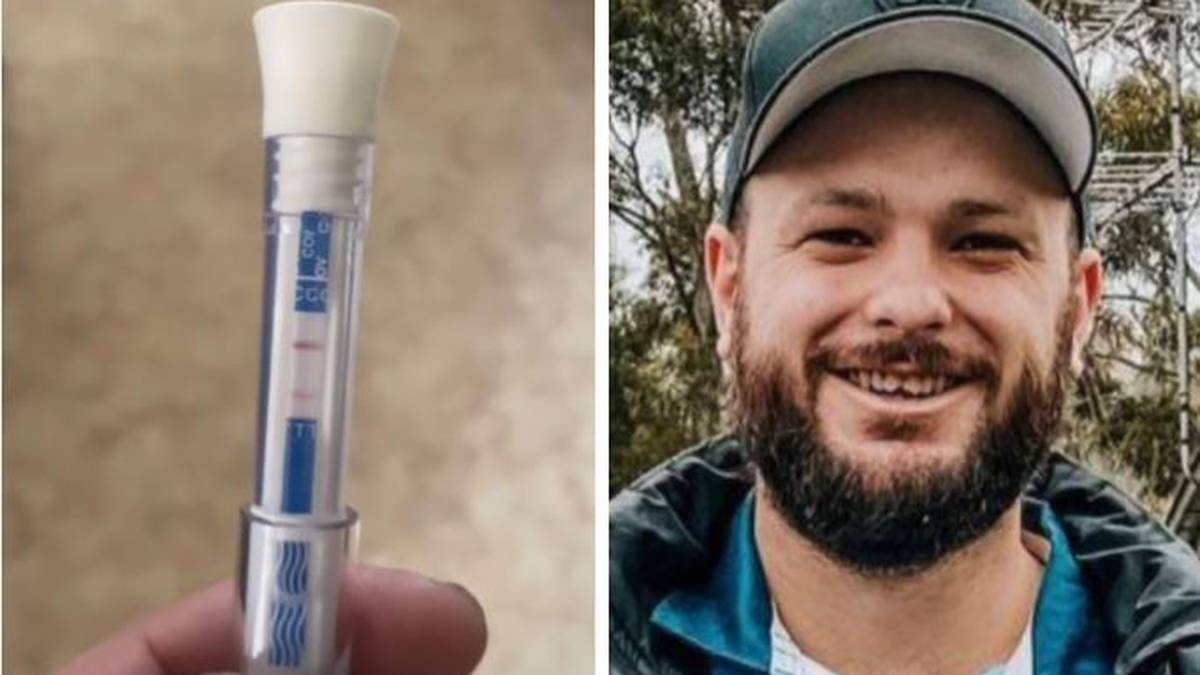 A football fan claims he contracted Covid-19 after running onto the pitch at Sydney Cricket Ground after Lance ‘Buddy’ Franklin scored his 1000th goal.

AFL tragic Sam Rayner shared a TikTok, which revealed a positive Covid test, followed by footage of him running on the SCG with his friends.

On Saturday, the Sydney Swans star scored his defining goal in the fourth quarter against the Geelong Cats, becoming the sixth payer in the game’s history to accomplish the feat.

The decision sent fans wild, with thousands of spectators including Rayner running onto the pitch during a live television broadcast seen by more than 600,000 Australians.

But not everyone believed Rayner caught Covid during the AFL game.

“I totally got it while running on the field, not while sitting in crowds or going to buy food, alcohol or toilets or if you took public transport,” one comment read. sarcastic.

A moment we will never forget.
Fans race for the sacred @scg grass to celebrate with @Buddy_Franklin. Thank you to the 36,578 fans who came out and joined in the fun 🎉. #Buddy1000 #LoveOurSCG pic.twitter.com/IewRdMPGhm

Another footie fan said he was in the same position, but had no regrets – and Raynor agreed.

“Being on the pitch was worth it,” he wrote.

Others called the Covid diagnosis “BuddyCron”, to which Raynor replied: “I feel the feverrrrr”.

Covid cases in New South Wales have risen steadily over the past few weeks. On Monday, three days after the game, NSW recorded 21,374 new cases, with a seven-day average of 21,029.

The Sydney Swans were also hit by a close contact alert in the days leading up to Saturday’s game. The Swans had also closed their training sessions to the media, to mitigate the risk of transmission.

On Wednesday, the team confirmed there were “one or two close contacts”, meaning some players were unavailable or unselected, co-captain Dane Rampe said.

“As far as I know everyone is ready to go, but as it is every morning, it’s kind of a wait-and-see approach, especially in Sydney at the moment,” he said. declared.

“We do RATs [rapid antigen tests] every morning and it seems like every other day there is someone who is a close contact and has to self-isolate for a day or two. It’s been pretty consistent over the last two months.”