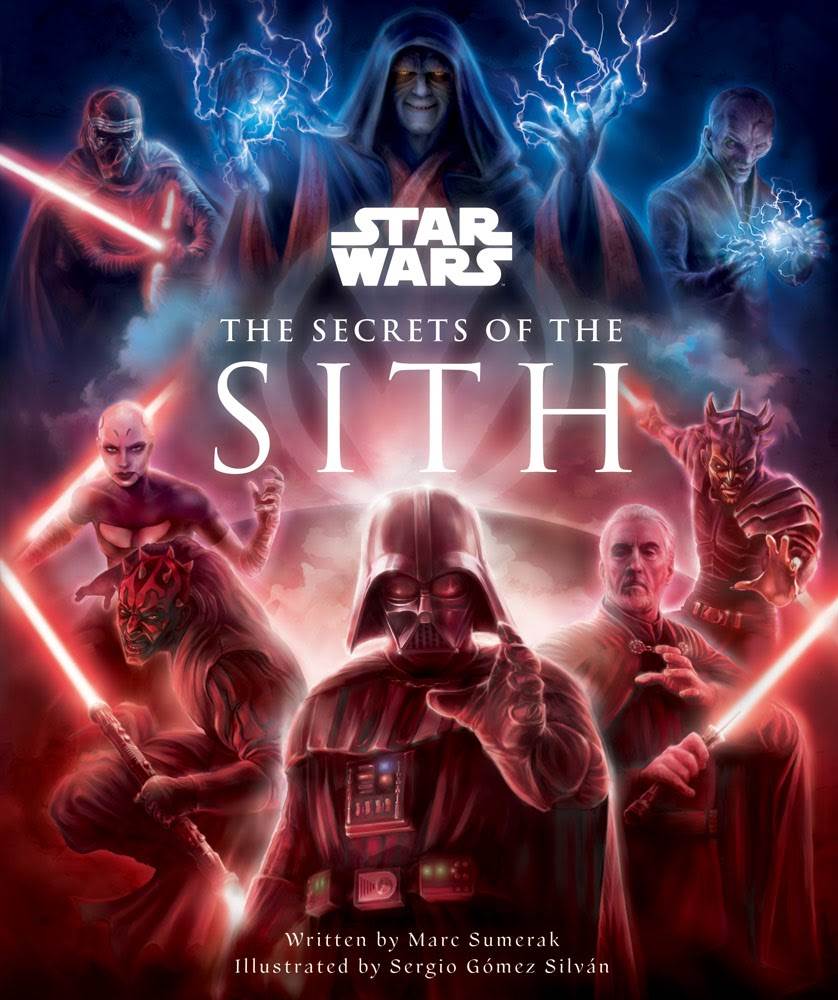 Children’s Book Review – “Star Wars: Secrets of the Sith” is the perfect guide for young people to the dark side

Is your child a Star Wars fan who is curious about the ways of the dark side of the Force? Are you frustrated with the existence of last year’s reference book Star Wars: Secrets of the Jedi and do you want an accompanying volume to offer the opposite perspective to your youngster? Well look no further than Star Wars: Secrets of the Sith, which came out in October from Lucasfilm Publishing and Insight Edition’s “Insight Kids” imprint.

Written again by author Marc Sumerak (Star Wars: Droidography), Secrets of the Sith is told from the perspective of Darth Sidious, aka Sheev Palpatine, the being from the dark side who orchestrated the events seen in all nine films of the Skywalker Saga.

The book is billed as Palpatine’s ultimate manifesto, written with boastful (perhaps reckless) confidence ahead of his final confrontation with his granddaughter Rey on Exegol in Star Wars: The Rise of Skywalker. Designed as an overview of the beliefs and practices of the Sith, Sidious provides an introduction to the dark side – not to mention his opposition in the Jedi Order – before detailing the circumstances of his rise to power during the Clone Wars and his apparent fall. at the hands of his apprentice Darth Vader and Vader’s son, Luke Skywalker. He then walks readers through the specific powers the Sith possess, followed by his plans for the future in the form of Rey and his Dyad Force bond with Kylo Ren. We get additional insight into Snoke’s role in Palpatine’s plans, a story of the Skywalker Clan, and a deep dive into Sith principles like the ‘rule of two’.

Kids will learn about the design of the lightsaber from a dark side perspective and how the Kyber Crystals are â€œbledâ€ from their purer Jedi colors to Sith Red. We also get a breakdown of the various Acolytes, Apprentices, Inquisitors, and Masters who have served the Dark Arts. And a good chunk of the real estate is devoted to setting up the climactic throne room battle in The Rise of Skywalker, although anyone familiar with the movies will already know how it ends. Every few pages or so there’s a contextual illustration – or the insertion of a document into the universe – depicting a particular event or artifact (like a Sith guide, for example) and artist Sergio GÃ³mez SilvÃ¡n (JK Rowling’s Wizarding World: A Pop-Up Gallery of Curiosities) does a great job of rendering all of the concepts throughout the book, frequently providing perfect likenesses to the characters and locations we’ve seen in the long list of Star Wars movies and TV shows.

As the ostensible “writer” of this oversized hardcover volume, Palpatine’s conclusion is that the Sith will eventually be resurrected. And as longtime Star Wars fans, we know the Jedi will always show up to defeat them in the end. But for young people who can still get into the franchise, Star Wars: Secrets of the Sith is a great way to give them a better understanding of where those who follow the dark side are coming from, what their goals are, and precisely what they might be capable of … although we wouldn’t necessarily want them to engage in it themselves. this way.

Star Wars: Secrets of the Sith is available now wherever books are sold.

Mike is Laughing Place’s senior Southern California reporter, editorial director for Star Wars content, and host of the weekly “Who’s the Bossk?” Star Wars Podcast. He has been fascinated by Disney theme parks and storytelling in general his entire life and resides in Burbank, California with his beloved wife and cats.