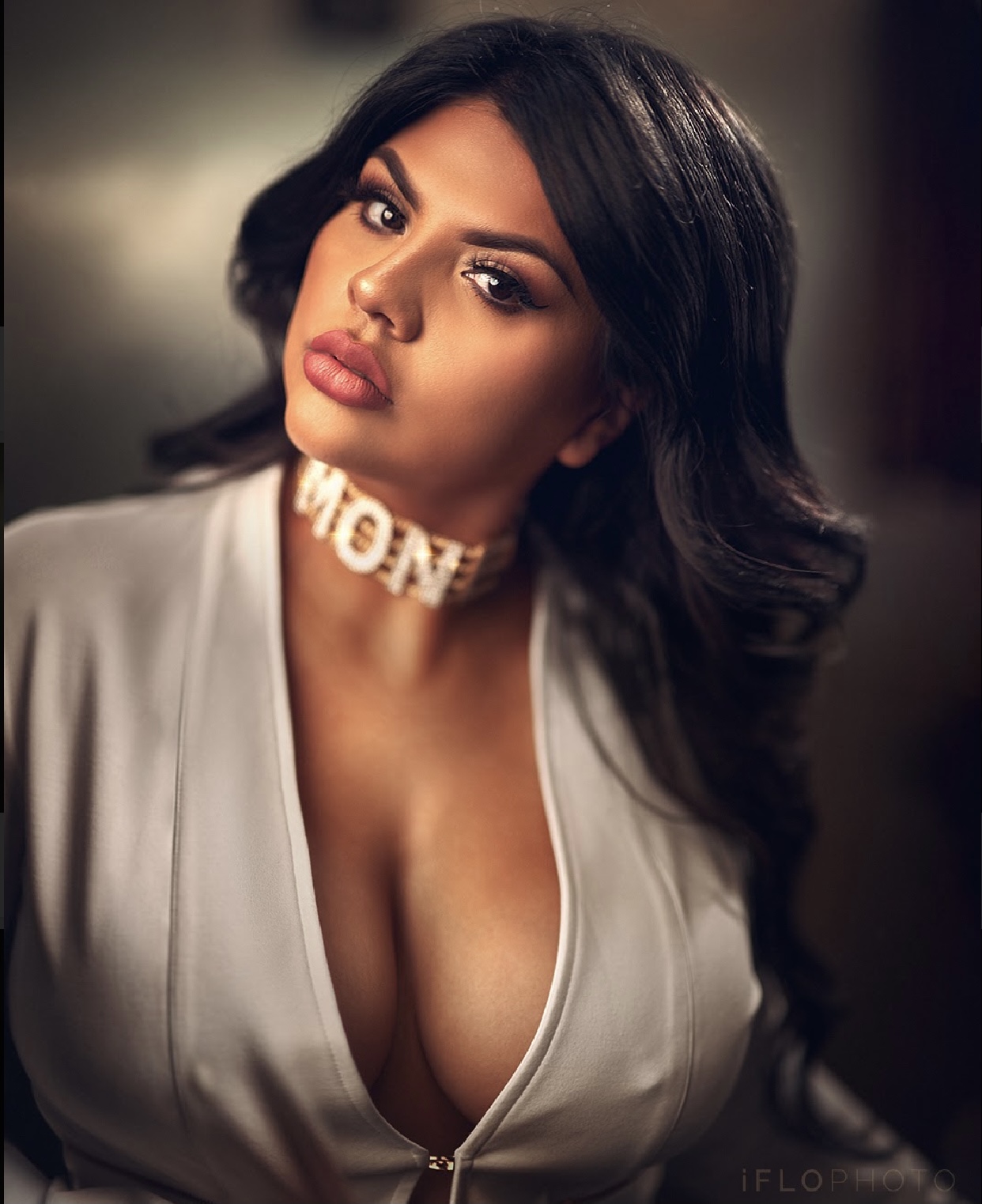 A Laredo performer brings her talents back to Gateway City on Thursday after touring the country.

Chrisian Lux – artist name Christi Lux – is a singer, songwriter, actress and entrepreneur originally from Nuevo Laredo but grew up in Laredo, as her family moved to the city when she was 12 years old. Slowly but surely – and despite the pandemic stopping her professional career – she grew to become known as “Reina del Flow” or “Queen of Flow”, in the urban music genre.

Lux already has several songs that have performed well on digital platforms in Spanish and English, such as “Llevame Contigo”, “Bebe”, “Vuelve” and “Roll It”. Her most recent work, “Una Oportunidad”, became mainstream as she collaborated with former Kumbia Kings member DJ Kane for their hit song which also features OC Da Youngin.

“After spending several years in Laredo, I started to venture out on my own and moved to New Mexico for a while and then to Dallas in 2013,” Lux said. “In 2019, I started to venture professionally into the music scene. And becoming an artist was a real coincidence because I was not necessarily looking to become an artist, because at that time I had simply opened a clothing company for women (called “Lux Exclusive”) and worked with a group of Dallas promoters.

“That’s when they brought me a Jamaican artist to film a commercial for my new store. While we were doing all the filming and talking with the filmmakers and stuff, I was talking about who would then become my manager, Cindy Davila, on if I could get her phone number in case I want to be an artist one day too. Honestly, I just said that jokingly.

Lux states that Davila then asked her if she could sing something and made her do a song by artist Alicia Keys. Then she asked for her number and left. However, a few days later, she would receive a call from her as Davila asked her if she was really interested in making music professionally, to which she gladly answered yes. This marked the beginning of their professional relationship as she became Lux’s first manager and Davila’s first Latina artist.

From the age of 7, Lux knew that she wanted to be an artist, as she started to participate in several cultural activities in her elementary school in terms of dance events, theater, poetry and even with the church choir.

“Since I was young I really wanted to become a professional artist, but with family sometimes you lack motivation because they tell you that you dream too much and you should set your goals much lower,” Lux said. “Nevertheless, with the support of Davila, I got very involved in the music.

“On February 7, 2020, we released our first single ‘Llevame Contigo’ with Jah Fabio, and it was pretty successful and all. It was my first song, and we even went to Jamaica to film it all. Since then, I also started expanding my network with different people in the music scene.”

Lux states that while in Jamaica she spent time at the studios of Sean Paul and Shaggy, and it was there that she met their various producers and reps who were quite open to her music.

In early 2020, Lux also had the privilege of touring across the country from New York to Miami and even some music festivals in an effort to showcase her talent. She said she even signed her name next to Bad Bunny – two-time Grammy Award winner and four-time Latin Grammy Award winner – in New York while performing at the same venue as him . And one day she says she hopes she can play with the superstar.

Due to Davila believing in her so much, Lux says she cares deeply for her. And because of that, it made the experience of watching her battle cancer and succumb to it a few weeks ago like a difficult experience.

“She was the first person who ever believed in me,” Lux said. “She taught me everything I know, helped me a lot and was like another mother to me. I lost her to cancer, but she left me a great life lesson. Her legacy will always live.”

Another struggle for Lux’s career has been the pandemic, as she released her music just a month before her debut. She also had a small tour in New York, Miami and other parts of the country cut short when shutdowns began in early 2020.

“Everything was happening so fast and so fast, because I was even contacted at that time to appear at the South by Southwest festival in Austin and for another all-Latin festival in Dallas as well, but then the pandemic hit hard and everything had to stop,” Lux said. “However, I saw that many artists – both up-and-coming and great – were sad and all that, but I also noticed that a lot of people would be glued to the internet during this time, so that’s when That’s where I started working a lot and started posting more content and that really helped me because people were really so connected on their phones and could see more of my stuff.

She says that during the pandemic, she even ventured to play the role of a female cartel leader in “Texas Kill City,” which will be released in June. She also participated as an actress in a YouTube series of Vid Chronicles, which currently has more than 1.3 million subscribers and will soon be part of a Netflix production.

“I really haven’t stopped working much during the pandemic, because I tried to keep going as much as possible,” Lux said. “It seems like everything was fruitful doing it.”

Even though Lux has several other projects she is working on as an actress, she states that her main career goal is to continue singing and even collaborating with other major artists like Bad Bunny, J Balvin and others. major female performers like Karol G.

Lux also hopes to help the local community by creating centers where students who want to learn about music and other extracurricular activities can pick up any resources they might need.

“I want to help these kids make music if they want to make music or whatever they want to do to have a center where their core potential could be reached,” Lux said. “I really wish I had that when I was young because I believe that’s how it can mold you into someone and motivate you.”

She says it is very difficult for anyone to enter the industry, regardless of age, as they have to make contacts and get to know people. But she says that with hard work and the right motivation, anyone can achieve it.

“Anyone interested in doing this needs to find someone good to guide them, because it’s not just about making music and releasing it,” Lux said. “People also need to know all aspects of the business, the paperwork and everything that is part of the business, and that takes time to learn.”

For Laredo residents who want to see Lux live or listen to her music, they won’t have to wait long. Lux and DJ Kane will host a small concert at the TKO Sports Cafe on Thursday, May 19.

Lux says his team got in touch with TKO because the club owner also knows people from the local radio scene and has been promoting his music ever since. She definitely wanted to bring him to the area to show off her skills to the people of Laredo.

Lux’s concert at TKO will be her first time performing in Laredo or Nuevo Laredo, as she states that she is only coming to see her family. She invites the whole community to discover her music.

“I’ve always tried to get support from my people in Laredo, Texas, and I really appreciate this opportunity,” Lux said. “I hope people go because they’re really having fun and DJ Kane never fails to put on a good show. And I hope people come out and support another local artist because I believe in Laredo there there’s a lot of talent but not a lot of support for them until they get big.”

Lux currently resides in Dallas. She states that she misses being able to go out in Laredo and Nuevo Laredo.

More information about Lux can be found at www.christiluxmusic.com.