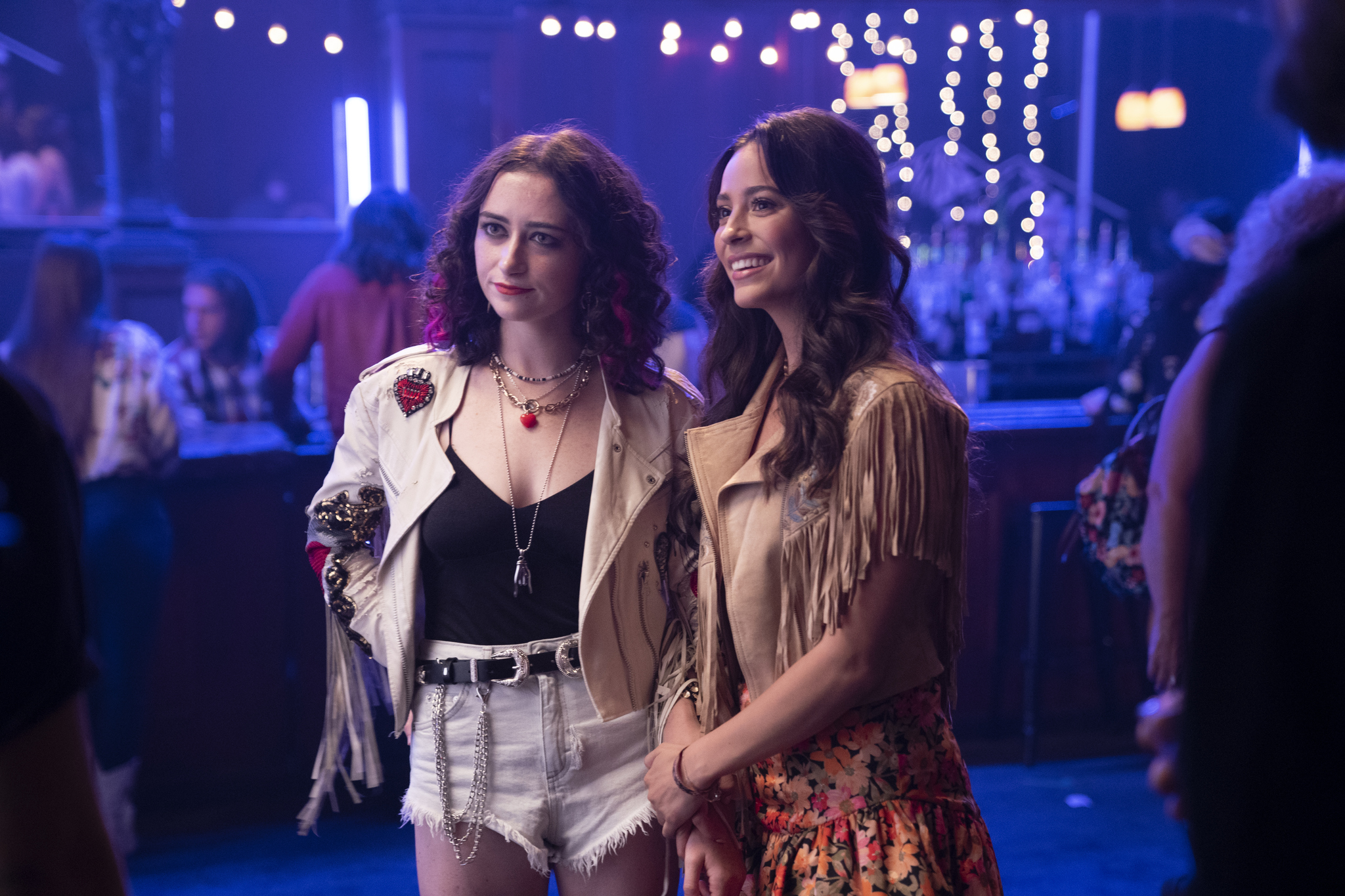 How far would you go to reach the top? Would you do whatever it takes, even if it meant stabbing your best friend? The ugliness of the music industry comes to life in new horror film, Torn hearts. Best friends Leigh (Alexxis Lemire) and Jordan (Abby Quinn) form a country music duo looking for a major breakthrough in the industry. When the girls enlist the help of music icon Harper Dutch (Katey Sagal) in her secluded mansion, they slowly turn against each other as they discover the cutthroat nature of the business.

Directed by Brea Grant and written by Rachel Koller Croft, Torn Hearts is a taut psychological thriller with a touch of country music that shines a light on the horrors that women tend to face in the entertainment industry. In a chat with Digital Trends, Grant talked about his love for stories about complicated protagonists, the process of casting the three female leads, the backstory of the original music, and the problem of pitting women against each other. to each other in the entertainment industry.

Note: This interview has been edited for length and clarity.

Digital Trends: I read that you like telling stories about complicated women. What draws you to these kinds of stories?

Brea Grant: Well, I think we’ve seen a lot of women in genre films for a long time. But I think even if they’re the heroine, they’re the lead or something, they’re not that complicated. I hate to like to invoke the final girl trope, but often she’s, you know, a virgin. She didn’t do anything wrong. She is innocent. And I think there’s something much more interesting about women who have done things and have flaws. I think we’ve been telling stories of men with flaws for years and years. We have so many flawed men in our stories, and I think it’s time we started doing the same for women. I just think it’s so much more interesting.

When reading the script, what stood out to you from the start?

Have you ever seen a horror movie about the country music scene? [laughter] I’ve read so many horror scripts, so many genre scripts, and this one had a good setting that I loved. The mere fact that this took place in this world was something I had never seen. There aren’t many movies about it, period. I mean there are dramas. There are musicals and all that. But for the most part, there’s not much going on in the country music world. There has certainly never been a horror movie in this world.

How did you come to cast the three main roles? Were you looking for actresses who could also sing?

Yeah, totally. It was scary at first because I really wanted them to be able to sing. I want to be able to do some of that live. I don’t want to have to overtake everyone. I didn’t know if it was going to be possible. But then I started getting tapes and I was like, “Oh yeah, LA and New York and Atlanta and all these cities are full of these multi-hyphenates that can sing. I also have tapes in Nashville. It’s an embarrassment of riches when it comes to the amount of talent that lies in all these cities.

Both Abby and Alexxis sent in tapes of themselves singing. I knew Alexxis’ work. She’s in a movie called half of it, which is pretty awesome if you’ve never seen it. Alexxis has a beautiful voice. She’s not a professional singer. She has no training, but she’s just an amazing voice. And Abby is an amazing guitarist and singer and has this amazing voice too. I loved the idea of ​​them being together.

For Katey, she was on my list from the start. I wanted someone we saw doing all sorts of things. We’ve seen her do comedy and we’ve seen her do drama. But wouldn’t it be really great to see her do a horror movie? And she can sing. She just has that gravitas, and I felt like she could do this character and do her justice without going overboard with her, but [someone to] attract us all. I just needed someone that people would immediately be like, ‘Oh, yeah, I want to watch this woman and see what she’s going to do.’

Katey seems to have this magnetic pull that makes it really hard to look away when she’s onscreen.

She’s also like that in real life. She walked on set and everyone was kind of quiet and I was like, ‘Oh okay. Everyone suddenly behaves because Katey walked in.

The music is such an important part of this movie. How did you go about choosing the songs? Did you bring in artists to write original songs?

So Rachel, who wrote the script, wrote the lyrics to these songs that she thought were the lyrics to the songs, which was amazing. Normally I feel like we would start from scratch, but we brought in a music producer named Alan [Ett] and he read the lyrics and was like, “I think I can make this work.” Then he and I kind of worked together to create what the songs would sound like because I wanted them all to be very different. Those who Torn hearts should feel almost borderline pop music. They’re like pop-country. They’re trying to break into the mainstream, whereas the ones the Dutchess Sisters did, those should sound like 90s country. I even wanted them to feel a bit older than that. Then, for Caleb’s songs, one didn’t make it to film, unfortunately. These should look a bit more like ‘bro-ey country’.

So I sent him [Alan] examples and we talked a lot about them. Then he wrote these songs and arranged them and sent them to me and I gave him notes. We had about a week to do it. I mean the turnaround in this movie was super fast. So we did that, and then Abby and Alexxis came to New Orleans. We put them in the studio one day to have their songs recorded, and the others were recorded elsewhere. But yeah, it was a quick run-through process, which is super fun. It was like, “Okay, go with your gut. We can’t overthink this. The songs should sound like the kind of songs we’re trying to emulate here.

One of the biggest themes in the movie is the idea that outside forces are trying to pit these two girls against each other. At the start of the film, Caleb tells Jordan how a person usually does well in a group. Also, Leigh’s manager/boyfriend tells Leigh that she might be better off solo. Was it important to establish this idea of ​​pitting women against each other from the start?

You touch on one of the themes that I wanted to make sure people walk away with because I think Harper at one point even says something like, “When women fight, we all lose.” And I think that’s something the entertainment industry tends to do. It tends to pit women against each other, not just as ready for the same jobs, but also as, “Oh, there’s like one woman per set or one female lead in a movie.” I feel and see this happening again and again.

I wanted to show that on screen and how it affects them because I don’t want us to have a lot of judgment on them. I wanted us to see that they were put in the situation and doing what their characters would do in that situation. What would these women do if they were faced with this because they had been given all this information. They think it’s the only way to succeed, so they do what they have to do.

Torn hearts is billed as a horror movie, but it’s almost like a tragedy as these characters build up and then fall apart. I was wondering if you had also seen the film like that.

I like this. I tend to make movies that aren’t in any particular genre. For better or for worse, I like my films to have genre elements from a lot of things. For example, this one contains action. It definitely has horror elements. It has a lot of thriller elements. I took a lot of clues from Misery, which I think is a horror movie, but it’s a slow burn horror movie. I also really like to have fun with my films. I think it’s hard for me to really define the genre. Maybe at some point people will be like, “Oh, this is a Brea Grant movie.”

What’s the biggest takeaway you’d like audiences to take away after seeing this movie?

Torn hearts is available digitally from May 20.