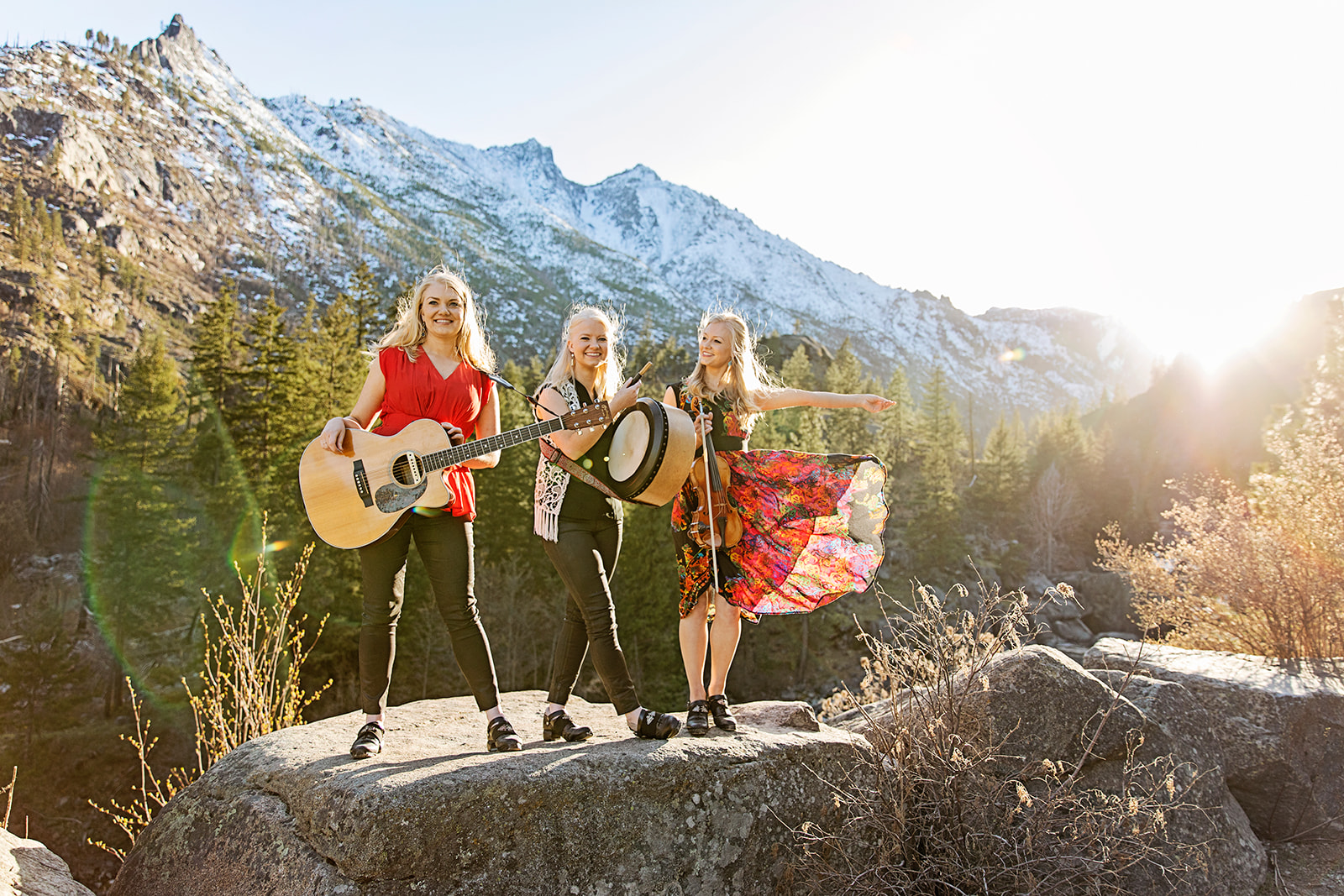 Everything is subject to change pending possible developments related to Covid.

• The Burren Backroom series is rightly celebrated for its traditional music offerings, but organizer Brian O’Donovan and his team have never been shy about exploring other iterations of the Irish/Celtic sound – and that’s exactly what will happen on August 10 when the Limerick singer – songwriter Emma Langford comes to the Backroom stage. Langford has drawn comparisons to the likes of Joni Mitchell, Janis Ian and Norah Jones, fusing folk, pop and jazz influences with a vocal presence that can range from dreamy to emphatic and storytelling craft – check out his “The Winding Way Down in Kells Bay,” written in memory of her great-great-uncle. She won an RTÉ Folk Award for Best Emerging Artist in 2018 and was in the running for Best Folk Singer in 2020 and 2021, and she won a Arts Council Agility Award last year to support her musical exploration of women in Irish history.

The Gotthard sisters (Greta, guitar, violin, octave mandolin; Willow, violin, mandolin, bodhran; Solana, violin, bodhran, djembe, percussion) will be in the Backroom on August 31st. Pacific Northwest natives play original music built around traditional and modern Celtic styles as well as world and classical influences, with Oireachtas level dancing as well as instrumental and vocal firepower (they have also other talents: Greta shoots and edits their music videos, while Willow sews the costumes they use in concert). Their 2021 album ‘Dragonfly’ saw them embrace a more sophisticated and layered sound, their songs built around themes of strength, courage and resilience in times of hardship.

Both shows begin at 7:30 p.m. Links to Burren Backroom shows are available at burren.com/music.html.

Bichan will also play a solo concert at Club Passim on August 14 at 7 p.m. and Canadian, while adding her own compositions to her stock of traditional melodies – her 2016 album, “Out of My Own Light,” is a musical rendition of her grandmother’s journey as a young woman from Scotland to Canada. At Passim, she’ll be joined by her Corner House bandmate Setiawan and brothers Conor and Brendan Hearn (the former is one half of the duo Rakish), performing selections from “Out of My Light” as well as her new, not quite finished album.

North of Bichan’s native Orkney lies Finland, home to an innovative fiddler band Frigg, which will be at the Passim on August 22 at 7 p.m. What started 22 years ago as a group of teenage musicians celebrating the new millennium with a weekend of jamming has now resulted in 10 albums, around a thousand concerts in around 30 countries, and a sound that interpolates Norse traditions (often compared to those of Celtic origin) with modern Americana – ‘nordgrass’, as it is called. Their current line-up is Alina Järvelä, Tero Hyväluoma and Tommi Asplund (violin); Esko Järvelä (violin, piano, harmonium); Petri Prauda (mandolin, cittern, bagpipes); Topi Korhonen (guitar); and Juho Kivivuori (double bass).

• Boston’s Parlor Concert Series, once centered in Boston-area venues and now a little further west in the town of Harvard, will feature a concert of eclectic violin music by the duo of Hannah O’Brien and Grant Flick August 9 at 7:30 p.m. at the artistic collective Fivesparks (7 Fairbank Street). The two had very different musical backgrounds: O’Brien, who now studies at the New England Conservatory, was classically trained but also had a keen interest in Irish music; Flick opted for American forms of improvisation, such as jazz, but eventually learned the Swedish nyckelharpa. When they met at the University of Michigan School of Music, Theater & Dance three years ago, something clicked, and they created a repertoire of original compositions as well as traditional tunes, played double violin but also sometimes with Flick on tenor guitar or nyckelharpa. . Last year they released their first recording, “Windward”.

It’s not local, obviously, but from August 18-21 you can enjoy some of the Milwaukee Irish Party – one of the oldest Irish/Celtic festivals (it will be 41 years old) – from your living room, bedroom, porch, garden or anywhere you can put a computer. His YouTube channel includes live streaming of the festival, which this year features Dervish, Eileen Ivers, Aoife Scott, We Banjo 3, Danny Diamond and Dáithí Sproule, JigJam, Atlantic Wave, House of Hamill, Enter the Haggis, Rory Makem and Donal Clancy Emma Langford and many more. Information and links on irishfest.com/Milwaukee-Irish-Fest.