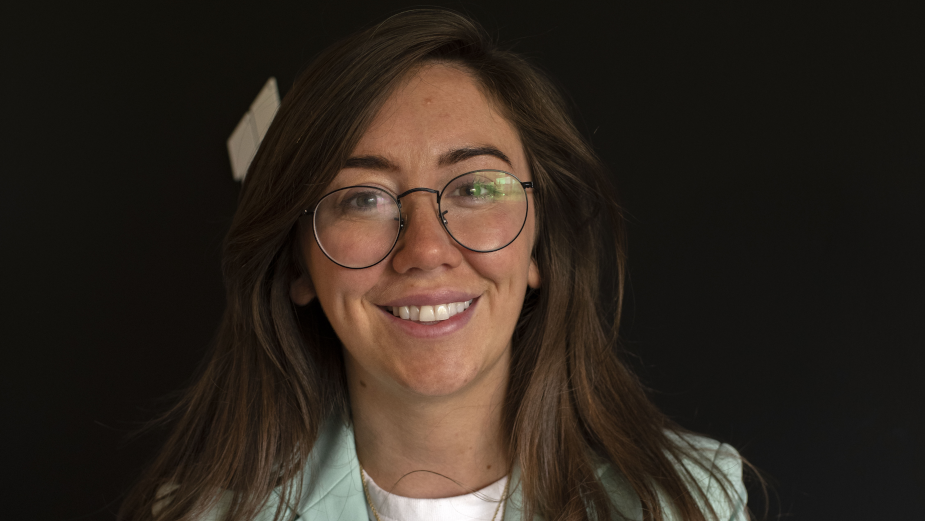 Bossing It: Why Ally O’Neill leads like an open book

Ally O’Neill is Media Director at Ardmore Advertising, based in the UK. His role is to plan and buy media mainly on the European market. She is passionate about the media world and is constantly looking for ways to develop and motivate her team. It’s a big passion for her and it shows in the culture she’s created within her team – fostering innovative media planning.

LBB> What was your first leadership experience?

Ally > As a hockey captain with athletic difficulties. I remember being really surprised to be voted captain of the team because to be honest my actual playing ability was quite shocking but I had a bit of a knack for bringing people together and giving everyone a voice team members.

Ally> In many ways, I’ve been blessed to have fantastic leaders in my life. I keep it pretty simple and look for patterns. There were teams in which I thrived, I wanted to give 140% and I really grew. These are the leaders from whom I gleaned advice/habits/perspectives. Conversely, I’ve seen teams where people stay quiet, they don’t feel safe giving ideas, and a leader needs to create a culture of psychological safety. It is imperative for me.

LBB> Did you know that you always wanted to take on a leadership role? If so, how did you work for it and if not, when did you start to realize you had it in you?

Ally > No – I was a reluctant leader in many ways. Probably a bit of a lack of confidence at the start. I loved working alone and meeting my own deadlines. The idea of ​​leading a team was probably a little scary. Although I’ve always been drawn to staff development and empowerment, so this was an inevitable conclusion and honestly, I really appreciate that. Business mentoring helped me get over my initial worry of not being good enough, not knowing enough, etc.

Ally > Honestly, I think there’s an element that’s a natural part of your personality. Like I mentioned, it’s something that appeals to me because I like it. Not everyone does it and that’s good. It’s a leader’s job to make sure you play to people’s strengths. Pushing people into a role that doesn’t suit them isn’t the wisest thing to do in my eyes. Everyone has a role to play and it’s good that this role is different for each person. Do I think leaders can improve with training? Absolutely yes but intrinsically; for me, it’s a natural skill.

LBB> What aspects of leadership do you personally find the most difficult? And how do you work through them?

Ally > Classic – impostor syndrome. I’m a pretty young leader and I struggled with that at first because I worked with a lot of boards that saw me as a bit different, a bit young and girly. Deal with it – simply? I speak about it. I challenge the status quo and seek help/training/advice from people I respect.

LBB> Have you ever felt like you failed when you were in charge? How did you approach the problem and what did you learn from it?

Ally> Like everyone else, I make a lot of mistakes. The failure for me in mistakes is being afraid to tell people or not wanting to look like an idiot. It took me a while, but I’m confident enough now to feel that mistakes are a thing of beauty. An error allows us to see a test that should not be restarted. But hey, if we had never tried, we would never have known.

LBB> In terms of leadership and openness, what is your approach there? Do you think it is important to be as transparent as possible in the service of authenticity? Or is there value in being careful and thoughtful?

Ally > I lead like an open book. My team doesn’t need (or want) to know what I ate for breakfast, but if they know I’m having a crazy time in my home life, they might understand why I’m a little exhausted. His human empathy and without being open, I don’t see the team sticking together as well as us.

LBB> It’s been a really tough year – to put it mildly. How do you handle the responsibility of leading a team through such difficult waters?

Ally > Be honest, keep physical touchpoints high, and leave openness in the team. If no one feels like they can ask what’s going on or if they don’t understand the direction for the team to go, they’re not tied to anything. Uncertainty can breed a lot of fear!

LBB> This year has seen the industry confronted with its lack of action/progress on diversity and inclusion. As a leader, how did you handle that?

Ally> Diversity of thought is absolutely vital to me. Looking around ad agencies, you’ve seen ten carbon copies of each person. If we continue to hire the same people, we will continue to get the same performance. I got into it and looked for ideas and staff in different places. For example, working with a local LGBTQI+ charity to go to schools and talk about my experience in the industry as a young gay leader and also going to universities to do the same. Raise the profile of the advertising industry in general as a viable avenue for employment.

LBB> How important is your corporate culture to the success of your business? And how did you manage to keep it alive with staff working remotely in 2020?

Ally > I eat, sleep, breathe culture. It’s not something you can get your hands on, but you know damn well when it’s bad. As I find this so important, I have a secondary role in my company by taking care of our culture. I started with facts rather than assumptions from in-depth investigative staff to see what their thoughts are versus a top-down look from the board. This has been invaluable in spotting patterns and allowing me to work with the Board to develop initiatives to continue to drive a positive and engaging culture.

LBB> What are the most helpful resources you have found to help you along your leadership journey?

Aly> Not an overt resource but generally say yes. Go to that event after boring work, head to the conference, chat, bond. You never know where they might go.