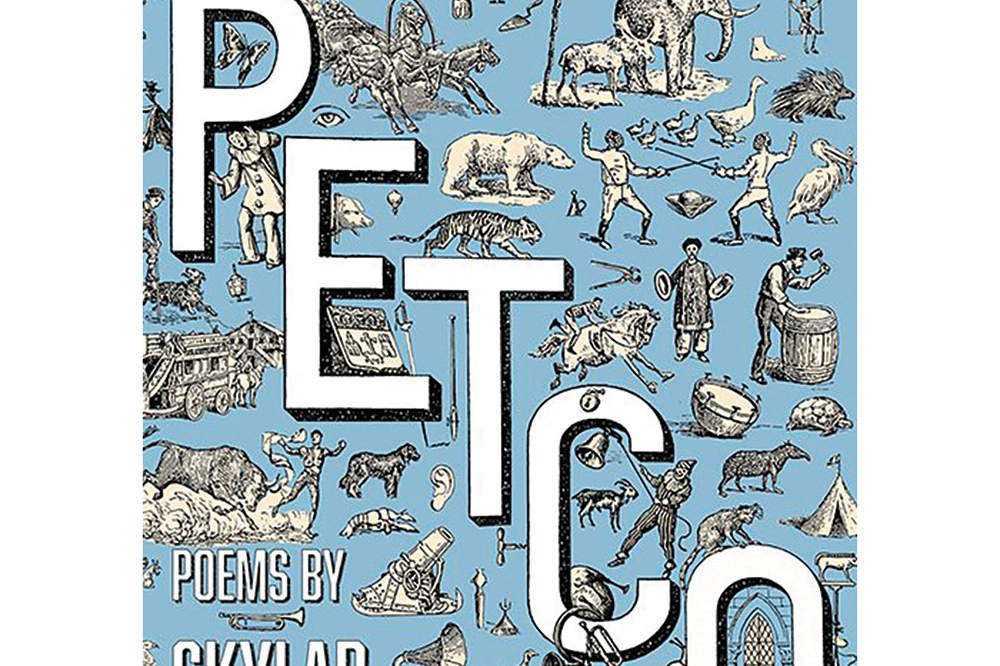 Looking for Petco (Forklift Books, 2022) opens as if someone had suddenly turned on a speaker. I felt accosted by author Skylar Alexander’s opening poems: clearly meant to be spoken, clearly friends with slam poetry. Extra-sensory and openly marked “millennial”.

Alexander brazenly turns into an image, gives his reader an archetype and disarms him upon entering. “Oh,” you think, “I read millennial pop culture poetry.” Pop culture is the first language or second nature of this collection of poems, and that’s also a misdirection. The reader will understand the references that make each poem blush (such as the poems titled “Mick Foley Death Wish”, “Bayonetta”, “Rozengurtle Baumgartner, Untouched by Man”), but someone expecting more traditional poems might be discouraged. It doesn’t matter: Alexander tells her reader that she knows what they expect and that she will carry her generation proudly, but dare not underestimate her.

Bitterly feminist and a biting universalist, Alexander has permission to speak on behalf of our generation. In “Confession,” the first poem that caught me off guard and really slowed my reading, she says, “I want to unhinge / the cellar door / my ribcage and reveal / my cobweb truths , /strategically buried /act as the foundation /of my held beliefs” and then “& suddenly it’s Easter dinner–/same spiral ham, same corn stew, but /everyone has a keystone and / something nice to say, & even / teetotal grandma will put down / the Bible for a minute, unclip / her clip-on earrings, unclip / her pearls & breathe.

It’s not easy to be caught off guard by a poet whose work I already know. These poems evoke moments of my own childhood and adolescence that I had forgotten. They left me feeling both alone and understood. In “Making Chloramine Gas in Grandma’s Basement,” Alexander’s narrator fades with “Look: I’m going to evaporate; /become toilet bowl /clean bleached//Look: I’m going to spray; / become ammonia / lighter than air.

This collection is about sexual assault, coming of age, Neopets and Tamagotchis, beauty standards, skate parties, chloramine gas, falling in love, and WWE. Barely a moment from the past 30 years is missing from this text, and in case we get lost along the way, Alexander has included “Liner Notes,” for its pop culture references.

On several occasions, Alexandre’s work changes tone, reminding the reader that this is a research collection. This is a collection designed for research. For readers in eastern Iowa, Alexander leaves traces of his time here, such as in the poem “Driving River Drive Every Night for the Rest of My Life” and “Searching for Petco,” which are set in Davenport , or in the poem “From The Solar Plexus”, in which she says, “fine and complex / like the boy who sells beer at John’s Grocery / who teaches me to pretend / Schlitz is champagne / Skyrim is du caviar / that I wanted that.

Alexander’s first book falls somewhere between a warning shot and a flare depending on the reader. Do you need a partner to walk through the darkness or do you need to step back?