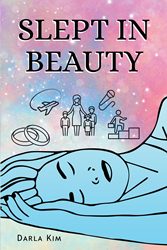 Author Darla Kim’s book “Slept in Beauty” is a searing true story reflecting her journey from trauma victim to tireless advocate for those without a voice.

Darla Kim, a mother, grandmother, former missionary who served her church in twenty-five countries, and a tireless advocate whose vast knowledge of Deaf culture, American Sign Language, and the business of providing jobs and disability support services has fostered a record of exceptional leadership and strategic vision for Deaf Ability Resources, Inc., has completed his new book “Slept in Beauty”: a compelling true story of his fractured childhood, the empowering discovery of her voice through sign language and her inspiring work helping others around the world.

“Slept in Beauty” is about a young girl who falls into a deep sleep at age four after being raped and sodomized. The girl’s body continued to grow and live through thirteen years of horrific abuse; all the while, the four-year-old girl slept in memory, feeling protected in that sleep, knowing that one day she would wake up. He was told to be quiet at every turn and his voice was silenced. Her family moved from town to town and state to state as the family secrecy continued, and the little girl kept her voice quiet regarding her experiences. From the outside, you would think she was fine, and she would say she was fine, but the truth is that she was broken and saw no way out. This girl did well in school, joined groups that included cheerleaders, a choir, and plays, all while keeping the little girl asleep so no one would ever know the truth. As she grew into her teens and could begin to think of a future on her own, she began to see that there could be a way to achieve independence and the escape.

During her senior year in high school, a major change occurred in the form of another student who used American Sign Language to communicate because she was deaf. This language intrigued the young woman as a voice inside her began to stir. Using American Sign Language had no sound, but the communication could still be understood. Would it be possible to speak from silence using these signs, body language, facial expression and posture? Yes, it was possible and would happen. As this young woman learned sign language, the inner voice began to cry out to be heard. One day it all came out.

The signature of the trauma, the screams, the tears, the questions, the pain and the pain all came out without a voice being heard. The four-year-old was now seventeen and her voice was finally heard. American Sign Language allowed her to say what couldn’t be said with sound and gave her a voice to live in truth. Why “sleep beautifully”? Because she was protected in that state, and as the scripture of Isaiah 61:3 says, He will give us beauty for the ashes by finding the good in the midst of so much evil. Her life is the culmination of these events, and her voice is now loud and clear as she pleads on behalf of those who have no voice.

Published by Page Publishing, Darla Kim’s captivating book is an inspiring true story of healing and hope for all victims of child abuse.

Readers wishing to experience this captivating tome can purchase “Slept in Beauty” in bookstores around the world or online at Apple’s iTunes Store, Amazon, Google Play or Barnes and Noble.

For more information or media requests, contact Page Publishing at 866-315-2708.

Share the article on social networks or by e-mail: